Tonight the biggest names in country music will come together for the 45th annual Country Music Association Awards.

Stars like Taylor Swift, Martina McBride, Blake Shelton, and Sugarland will vie for bragging rights in categories including Entertainer of the Year, Musical Event of the Year, and Album of the Year.

Country music has a long and rich history in the United States, but due to its often conservative point of view and fan base (remember the reaction to the Dixie Chicks dissing President Bush?), it also has a reputation for not always being the friendliest when it comes to issues and themes related to the lesbian, gay, bisexual and transgender community.

Revealing you're LGBT or even pro-LGBT can lose you fans, get you the boycotted, or much worse.

Still, there are many country stars who have embraced their LGBT fans and have spoken out on behalf of LGBT rights.

To celebrate the Country Music Association Awards, airing tonight on ABC at 8pm ET, we're taking a look at 14 of the biggest names in country music, many of them nominees at the Awards tonight and others simply legends in the industry, to see what they've said and where they stand on the LGBT community.

PHOTO GALLERY
Country Music And The LGBT Community
Download
Calling all HuffPost superfans!
Sign up for membership to become a founding member and help shape HuffPost's next chapter
Join HuffPost 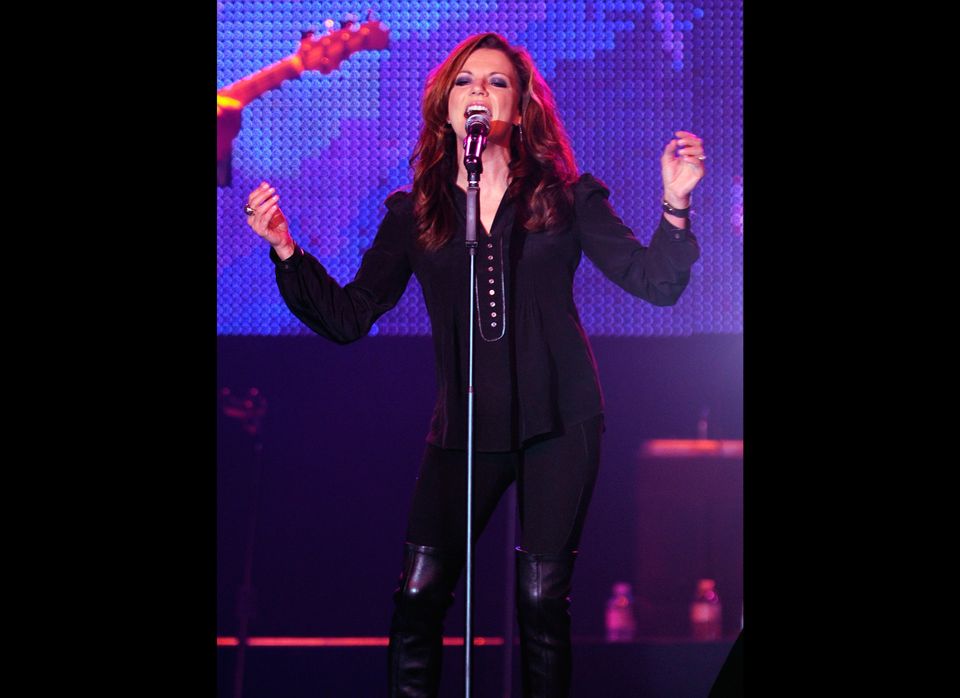 1 / 14
Martina McBride
When asked by <em>Out</em> magazine if <a href="http://www.out.com/entertainment/2009/03/15/martina-mcbride-shines" target="_hplink">she feared a backlash from conservative fans</a> if she supported the gay community, the country singer, nominated for Female Vocalist of the Year, replied: "Honestly, I just have to do what's right for me, and what I would tell people is what I believe, which is that I feel like tolerance is very important. I have three daughters and that's what I teach them. I think we should all be tolerant of each other and embrace each other's strengths and differences and uniqueness and beauty."
Getty Images