Quoting billboards is kind of a family hobby. "Keep up the good work, Governor Snyder," my son read on I-96 last Tuesday.

"Kind of like, 'Brownie, you're doing a helluva job,'" he chuckled.

My poor kids have, surely by osmosis while sitting at eternal dinners with me, come to expect no good news from Lansing for most of their lives. And this morning's headlines didn't change that pattern.

Growing up in the micro-town of Clawson, Michigan, I was amazed, even as a clueless junior high student, that we had our own superintendent. Heck, most of us couldn't believe we had our own laundromat.

So here are three simple questions for the salesman before you buy the 2014 County-wide School District being rolled out by State Superintendent Mike Flanagan. The vehicle sure looks swell during the commercial and it looks even prettier in the showroom. And who's not in favor of cost-saving?

1. Why are schools out of money in the first place? Proposal A was created quickly to answer a game of chicken between Governor Engler and (now Senator) Debbie Stabenow. It basically eliminated the ability of districts like Clawson that always supported its schools to, well, fully support its schools. In theory, it was a great idea. But like many theories, it didn't quite work out -- some districts receive $4,000 more per student than others. The master plan also never dealt with the lean-years, when sales tax wouldn't generate the necessary funds.

Skip past the ineffective years of Governor Jennifer Granholm (who did about as much for education as Bill Clinton and Barack Obama have done). Governor Snyder has cut the education budget while returning $2 billion in taxes to businesses while the Where's Waldo game continues of finding the jobs that were created by the giveaway -- and not the auto industry's recovery. Simply returning to a tax-rate that Governor Engler left might solve fiscal issues without such drastic measures and further debilitate townsfolks' influence on their neighborhood schools.

2. Who is consolidated? Who isn't? Let's see the contract before we sign. If all of the small-town, top-heavy administrators are eliminated that seems to make perfect sense. Why shouldn't Clawson, Berkley and Royal Oak share an HR guy? But if the remaining administrators left in this new Survivor episode are in charge of the schools in multiple towns, then it stands to reason that the teachers, secretaries, custodians, para-pros, bus drivers and cafeteria workers (that haven't been out-sourced yet) belong to the county at-large. Can they move from building to building since there really are no longer any city school-systems? Place your bets, ladies and gentlemen, that they will not be allowed to move about.

3. Can the salesman be trusted? After all, this is a governor who claimed to be against right-to-work then signed the legislation within hours. This is a congress that has passed dozens of bills crippling unions, taxing retiree pensions and promoting online education and charter-schools for their corporate friends anxious to grab the public funds. Both branches of government ignored a public mandate from last fall's election, eliminating the emergency manager by re-wording the job-description and had these guys back in business in no time. After all, wouldn't it be a lot easier to push an agenda county-by-county instead of city-by-city? 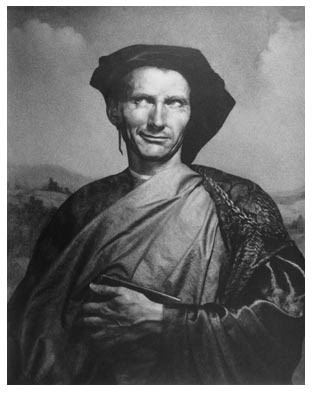 Who knows? County-wide districts might actually work. We can all believe in our leaders and hope they have our best interests at heart. But, as usual, follow the money. Michigan voters aren't the best followers and we don't have the most believable leaders. There's a handy amnesia that Machiavelli pointed out many centuries back -- get all the bad stuff done early.

And maybe by the time the low-attendance 2014 elections roll-around the bad-stuff may be forgotten.