A coup d'establishment is an imaginary coup d'etat challenging a country's political leadership. As such it belongs in the realm of fiction and is nothing but an announcement of duel launched to a country's executive power. Contrary to a (political) coup d'etat imposed by the use of military force, a coup d'establishment is merely presented to society as a possible governance alternative to be likely and subsequently embraced through democratic means and manners.

Contrary to a coup d'etat, a coup d'establishment does not seek to illegitimately bring to power a new dictatorial administration befriended with Western oligarchic interests, as it has been usually the case with CIA-incentivized dictatorial regimes in many Latin American countries throughout the second half of the twentieth century. A coup d'establishment seeks to substitute a country's inoperant and fallible head with the best possible one gifted with the best available brain, this substitution is however only a proposal for action. My mission since I started designing post-politics in 2002 as an alternative governance paradigm is to design the best possible High Performance Team and offer it to society as a substitute to politics. Political parties usually think that they hold the legitimacy of representative power and that any alternatives to governance necessarily need to imply the creation of a national political party. This apparently mandatory move is however only a figment of the current political establishment's imagination, for there is a myriad of other ways to challenge the political parties in power through the use of alternative broadcasting channels and the design of future horizons through the use of imagination and creativity in the form of reality-fiction narratives. 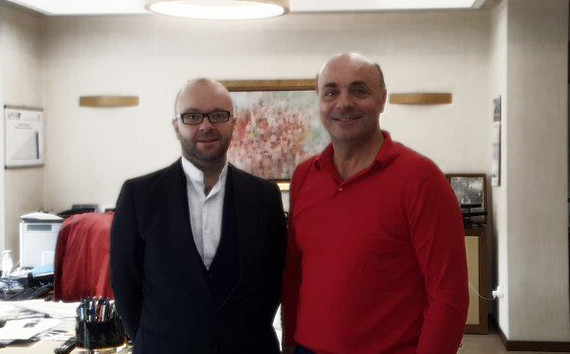 It is in the interest of the current political oligopoly to use the previously created existing channels of political activity which largely benefit the current establishment at the expense of any authentic emerging alternatives. Our approach is radically different from mainstream politics. In our approach we are bringing to society a complete alternative to politics, with real individuals and a pragmatic and extremely ambitious and visionary plan of action, presented to society as the best possible alternative that anyone could ever design. This plan of action or reality-fiction narrative belongs in the "efficient frontier" of the best possible futures, based on the financial theory proposed by Nobel Economics Prize Winner William E. Sharpe. The narrative in post-politics presents the very best possible future and a trajectory conducent to reaching the target, based on the financial engineering theory of UCLA Professor Francis Longstaff (binomial trees and the optimal exercise of American options). The theory guarantees that we shall reach the best possible future along the shortest time path available. Nobody else is contacting more Experts in more countries and territories with a better sampling methodology (8.98 Million Experts contacted as of 12/26/2015). I am the first to launch a Global Party present in every country and territory. The academic pioneers in the field of political science can confirm this fact.

Today's establishment in a majority of nation-states lacks the vision and the caliber to design an ambitious plan of action, conquer and persuade civil society as a prior step to delivery through implementation. The course of history can only change if the currently political establishment which long ago decided to embrace clientelism, corruption, ideology, kleptocracy, mediocracy and nepotism is taken to the guillotine.

There is no coup d'establishment but that driven by society. Offer-driven post-politics only makes sense if there is appetite for change of leadership on the demand side. Citizens can demonstrate and through violent revolution tear down the current establishment. The issue of this approach is that oftentimes there is no better alternative and a country ends up with at best an equivalent form of governance that the one which was previously in power, which coincidentally justified the revolution in the first place.

Long ago I decided to give up on politics as an obsolete governance paradigm. Politicians are professional charlatans who know how to adapt their rhetoric and political discourse to the demands of society. Political parties rarely attract the best and fill in their ranks with the mediocre who are oftentimes in politics because they enrolled at an early age in order to secure a remunerated job at the party or the public administration levels. Society falls victim of a populist dynamics in which promises are made which remain unfulfilled. A political cycle of promises subsequently unfulfilled perpetuates. Ideology no longer matters. Those who claim that the real solutions to the real problems lie on the right or left sides of the ideological spectrum are either ignorant or liars. Radicalism is no longer in the extreme left or right of the political spectrum. Radicalism has to do with the empowerment of a radically new governance to politics that I call post-politics. Post-politics is a radical brand new approach because it was born with different roots. 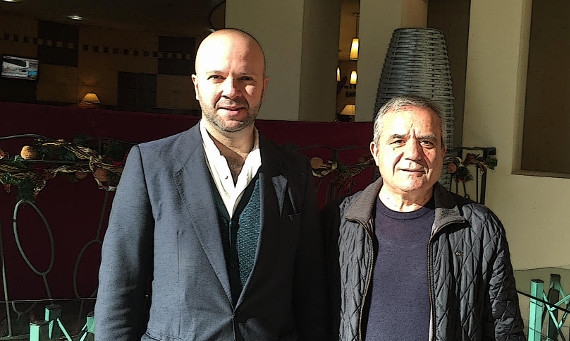 After meeting hundreds of protagonists among the circa ten thousand Experts contacted only in Albania on a regular basis I am excited to announce my picks for Premier and Deputy Prime Minister of Albania in the new fiction state of Balkanland which integrates the six Balkan republics of Albania, Bosnia Herzegovina, Kosovo, Macedonia, Montenegro and Serbia. My decision is a nomination, an invitation for Avni Ponari and Kastriot Islami to become fully engaged and involved in post-politics as current protagonists of a reality-fiction narrative. Neither Avni Ponari nor Kastriot Islami have confirmed their commitment, which I trust shall arrive hereafter in view of the extraordinary caliber of The Expert Dreamers joining The J.P.Monfort Party in Albania which was launched this past 12/21/2015 in Tirana. 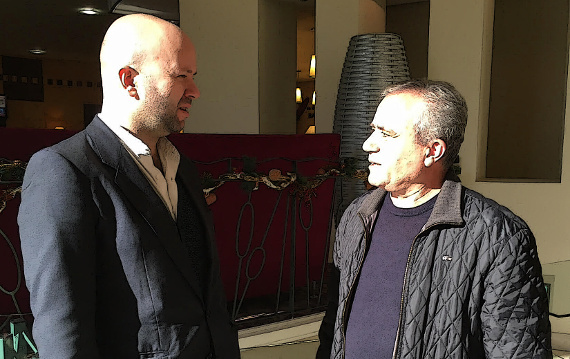 Avni Ponari is the founder and chief executive officer of SIGAL, Albania's market leader in insurance. CEO Avni Ponari is a robust, integral and visionary business leader. In addition he is the Honorary Consul of Japan in Albania and the President of the Albanian Basketball Federation. As a charismatic leader CEO Avni Ponari is respected inside and outside his firm. Running subsidiaries in Albania, Kosovo and Macedonia, CEO Avni Ponari is aware of the phenomenal opportunities ahead if we embrace maximum integration as an emerging operating principle. Since I first met CEO Avni Ponari on 10/17/2015 I have had the opportunity to exchange points of view in numerous encounters and a two day field trip to Vermosh. CEO Avni Ponari thinks a business leader could become a country's Premier, I would agree only if the business leader is an exceptional person. For CEO Avni Ponari who started his professional career as a captain in the Albanian Navy in 1981, managing a corporation is similar to running a submarine, whether the chief executive in the corporation or the captain in the submarine must know at all times who is doing what and for what particular reason or purpose. For CEO Avni Ponari the aspiration to High Office should not be related to the ability or opportunity to enrich oneself, but rather to the determination of giving back to society what society has provided for before.

In the past 7 years alone I have conducted circa 2 500 face to face interviews with some of the World's most relevant authorities. I think that CEO Avni Ponari could become one of the exceptional leaders Albania and the Balkans need, exceptional leader of an exceptional team of Expert Dreamers at the service of society. An insurance business is built upon the credibility and the track record that claims will be paid on time. Albanians can trust CEO Avni Ponari's word when he suggests he shall deliver.

Kastriot Islami is an extremely seasoned Albanian academic and professor, former Minister of Finance and Foreign Affairs, who has served as Member of Parliament of the leading left-wing and right-wing political parties in Albania. His phenomenal institutional experience and his exceptional intellectual caliber coupled with his relevant international experience guarantee the necessary conditions any wannabe Deputy Prime Minister must fulfill. As an expert in the field of chaos theory, Dr. Kastriot Islami understands that the current mess in Albania may represent a unique opportunity enabling the launch and take off of post-politics as a parallel governance paradigm. In our fluent and smooth conversations I have perceived his willingness to move beyond the current statu quo. I am confident he shall make the final move hereafter. I believe in the power of education to catapult society to its very best future. Albanians must understand that only exceptionally gifted individuals strategically working as a team shall drive society to unheard of levels of prosperity, as it so happens in many other professional metiers essentially meritocratic such as sports, Michelin-star hospitality or bestseller literature.

Shall Avni Ponari and Kastriot Islami accept our nomination? As in the best Alfred Hitchcock or Agatha Christie's narratives the suspense and the intrigue must be fundamental pillars of our fairy tale Balkanland. A final notice to mariners: the coup d'establishment is global and non-stop from this very moment onwards. Once upon a time in Wonderland...