Police are looking for a duo caught in photos and video celebrating St. Paddy's Day early near two Dumpsters in Newark, Del. The photos (seen below and extremely NSFW) show the unidentified pair having sex in broad daylight on Saturday as gawkers laugh and record the incident.

The sex romp was recorded in the rear parking lot of the Galleria Building on Main Street, some time in the afternoon. Some of the social media posts detailing the act have since been taken down. 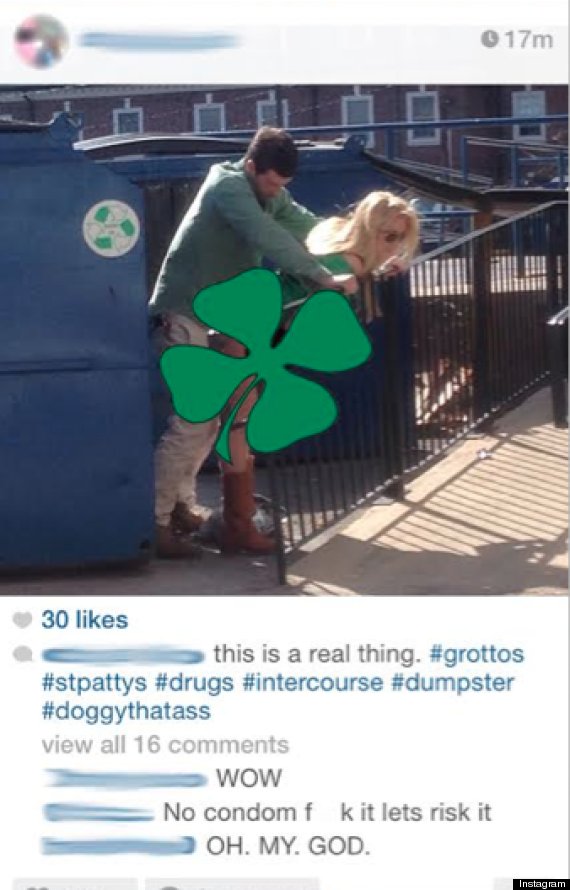 The first suspect is described as a college-aged white male with brown hair. He was wearing a green button-down shirt, khaki pants and brown boots, according to the University of Delaware's UDaily. The second is a college-aged female with blonde hair. She was also wearing a leprechaun-green shirt, with jean shorts, brown cowboy boots and glasses. 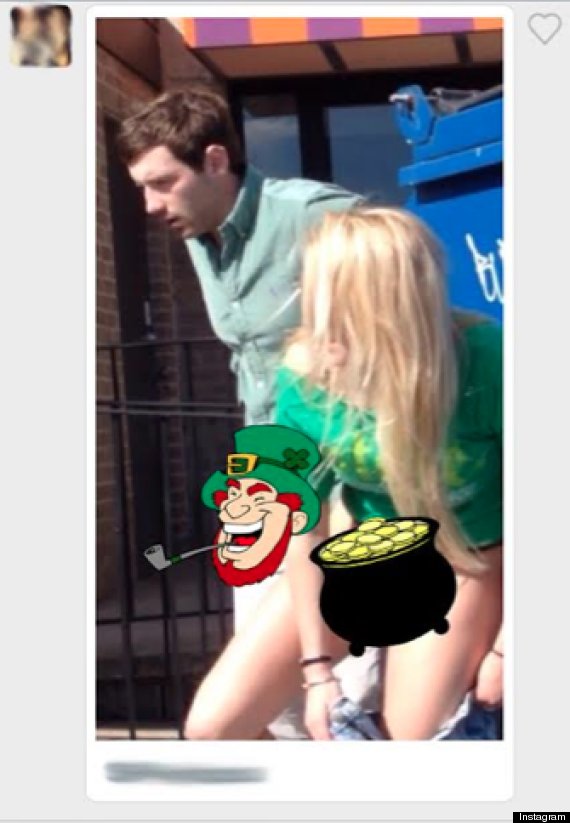 Anyone with additional information on this incident or the identity of the two suspects is asked to contact Detective Greg D’Elia at 302-366-7110 ext. 132 or greg.delia@cj.state.de.us. You can send an anonymous text message tip by texting 302NPD and your message to TIP411. Information can also be provided anonymously to Crime Stoppers at 1-800-TIP-3333 or via the internet at www.tipsubmit.com where a reward may be available.