After 81 years of marriage, Dale and Alice Rockey still haven't lost their spark.

On Saturday, the Rockeys were honored by the Worldwide Marriage Encounter, a Christian group based in San Bernardino, California, as part of the organization’s 2015 Longest Married Couple Project. The title is based on nominations, so this does not make the pair the indisputable longest-married couple in the country -- just the longest-married among the 375 nominees. 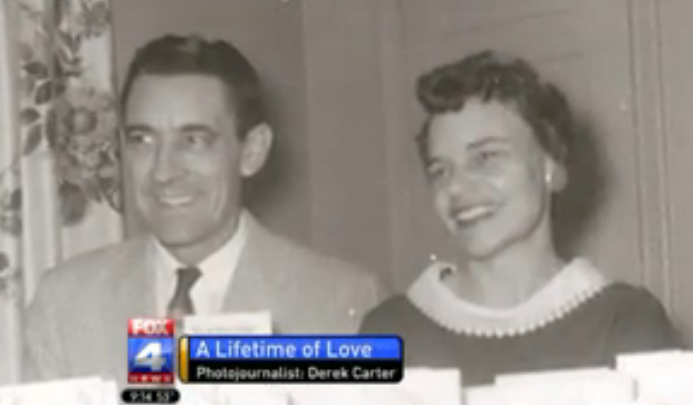 Courtesy of the family via Fox 4

The Rockeys -- who tied the knot on December 29, 1933 -- grew up just a couple blocks from each other in Hemingford, Nebraska. According to the Kansas City Star, their romance began one afternoon before a double date they had planned -- but Alice was supposed to be going with another guy and Dale with another girl.

When the other girl was still at work, Dale Rockey pulled up in front of Alice’s house. She was sitting on the front porch.

“He came by and says, ‘You want to go for a ride?’” recalled Alice Rockey. “So we went for a ride, and that was our first date.”

The pair went on to have five sons, 15 grandkids, 28 great-grandkids and six great-great grandchildren.

When asked on Saturday, "Do you still love each other after all this time?", Dale replied with a laugh, "You're damn right!"

For more on their love story, watch the video above or head over to the Kansas City Star.