As part of HuffPost BlackVoices weekly series counting down the top eight power couples of the year, we present “BV Power Couples.” Each week we will highlight what each member brings to the table along with their power ranking. Landing in at the number five spot is Attorney General Eric Holder and Dr. Sharon Malone.

Full Name: Eric Holder
Occupation: U.S. Attorney General
Big Wig Affiliation: President Barack Obama
Claim to Fame: In January 2009, Holder became the first African-American to become U.S. Attorney General.
Current Status: Following President Obama’s reelection, Holder reportedly vowed to stay in position for an unspecified time.
Word for Word: "She is the one who is really superwoman in the sense that she a very well-respected doctor, a great mother, and a wonderful wife who cooks dinner five nights a week, adjusts her schedule to be with the kids and provides us with all of the love and affection we want and need.” (Ebony magazine, 1999) 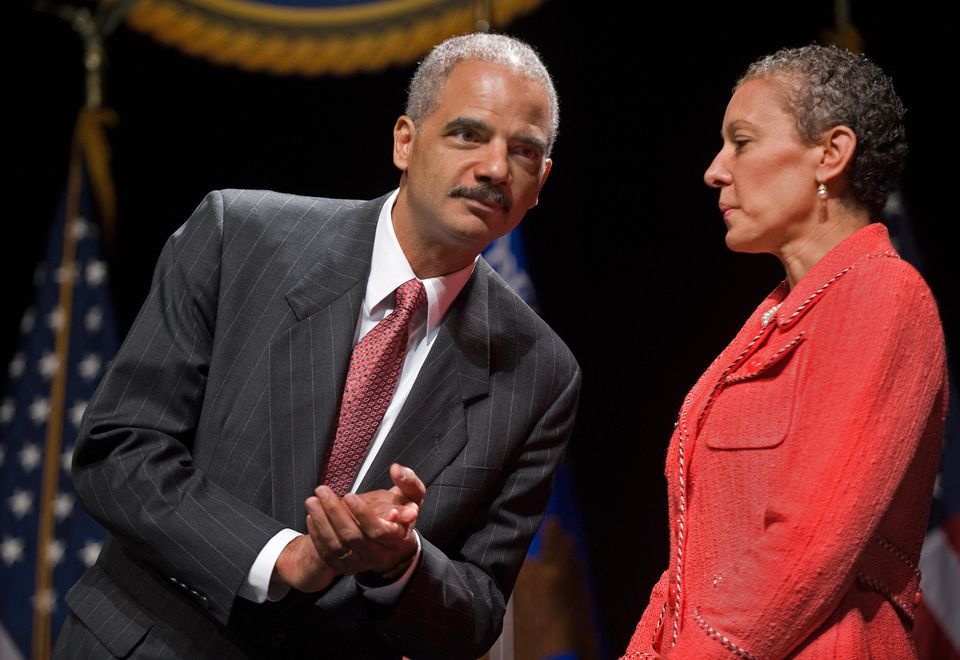