Scientists have long suspected women are better than men at remembering emotional events. A 2015 study of more than 3,000 participants demonstrated that women were more likely to remember an emotional memory than men were. Women responded more to emotional images, and were able to remember them better when they were tested later, as compared to the men. And research published in 2002 found that women use more and different brain regions than men do when remembering intense emotional experiences, which resulted in better recall.

We have to wonder, how does this play out among man-woman couples when it comes to remembering their first date? In partnership with Showtime’s “The Affair,” which explores the relationship between truth and memory, we asked the members of four couples to tell the story of their first date -- independent of each other. Though many of their memories overlap, there’s generally one big difference between the two accounts. Can you spot it? Check out our take after each story.


1. Eli And Evan — Together For Four Years

Eli (female): Ev was, and still is, a total stud -- totally out of my league -- and I had braces the first time we went out. Enough said. Our first date was at a sushi restaurant. We sat catty-corner across the table from each other because we’re both so leggy. He wore a blue plaid shirt that made his dark eyes pop and said his “please and thanks yous.” He was so nervously cheesy. The time flew by, filled with nervous giggles and a mountain of sushi.

Evan (male): I was incredibly nervous. She looked like a total babe. I was so nervous that afterward I wasn’t sure she’d be up for a second date. We had a gluttonous amount of sushi. I ate multiple spider rolls. I can still pick out the table we sat at.

Our take: That was some memorable sushi! They both remember eating a lot, with bonus points going to Evan for knowing the type of roll.

2. Samantha And Robert — Together For Eight Years, Married For Five 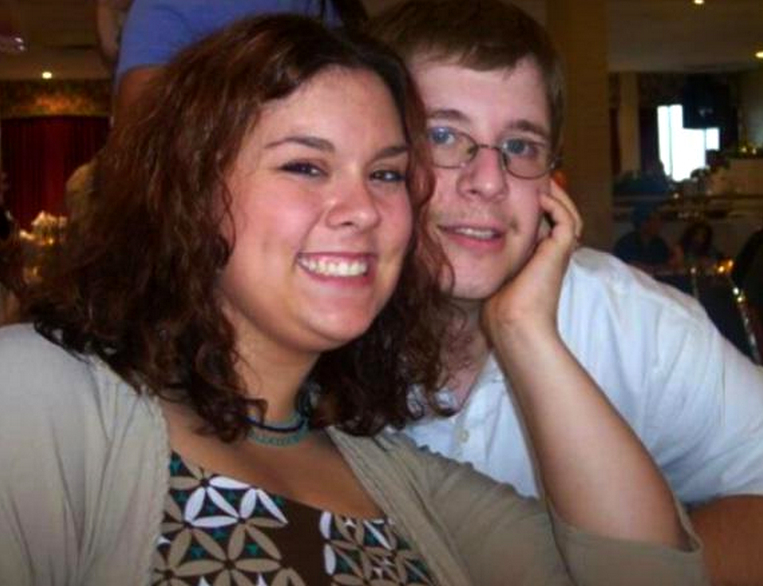 Samantha: Our first date was at Merchant’s Millpond State Park in North Carolina. We walked along the Lassiter Trail. While we sat on a bridge talking, we noticed a path through the pollen in the water where a snake had passed through … . He let me do most of the talking that day. He was wearing cargo shorts and a plaid shirt, had braces and glasses and an adorable country boy nerdy look. He was sweet and funny. After the park, we went to a pub and sat in the corner booth. He ordered a tuna melt, thinking it would be a tuna steak sandwich. Even though he hates mayonnaise, he still ate it. To this day, heaven forbid if I give him anything with mayonnaise. I remember Shania Twain’s “From This Moment” playing in his truck when he took me back to my car.

Robert: I remember thinking, I hope she doesn’t think I’m creepy for taking her in the woods on a first date. ... Afterward, we sat in the corner booth by the front of a restaurant. She was really tanned. What I remember best is her pretty smile and how sweet she was.

Our take: Kudos to Samantha for remembering that Shania tune. (Based on length of response alone, it’s clear who pays more attention to detail.) But points to Robert for having the (admittedly retroactive) awareness that woods + first date can = weird.

3. Tenille And Kelvin — Together For 9 Years, Married For 7

Tenille: Our first date was dinner and a movie. We saw The Pursuit of Happyness. I spent half the movie worried that he would fall asleep because he had worked that day and the other half wanting the movie to be over because I was hungry. He cried at the end of the movie and didn't think I saw. He was nervous, but very accommodating and it was sweet. The movie went on so long that we had to grab dinner from a late night cafe, but to this day it's one of our favorite things to do on date night.

Kelvin: I was tired after working 12 hours but excited because it was our first date. We were going to see The Pursuit of Happyness and go out to dinner. She drove because I had just gotten off work and during the ride I was so tired. I asked her to stop by the store. I purchased some type of energy tablets to try and stay alert. She was beautiful, confident and relaxed. During the movie I was extremely nervous and sweating, I could feel my heart racing. I wasn't sure whether it was because of the energy pills or my nerves.

Our take: Pretty ambitions movie choice for a first date! They both remember the movie, but Tenille also noted Kelvin’s tears throughout, as she divided her attention between his level of consciousness and her own hunger.

4. Lauren And Tyler — Together For Four Years, Married For Two 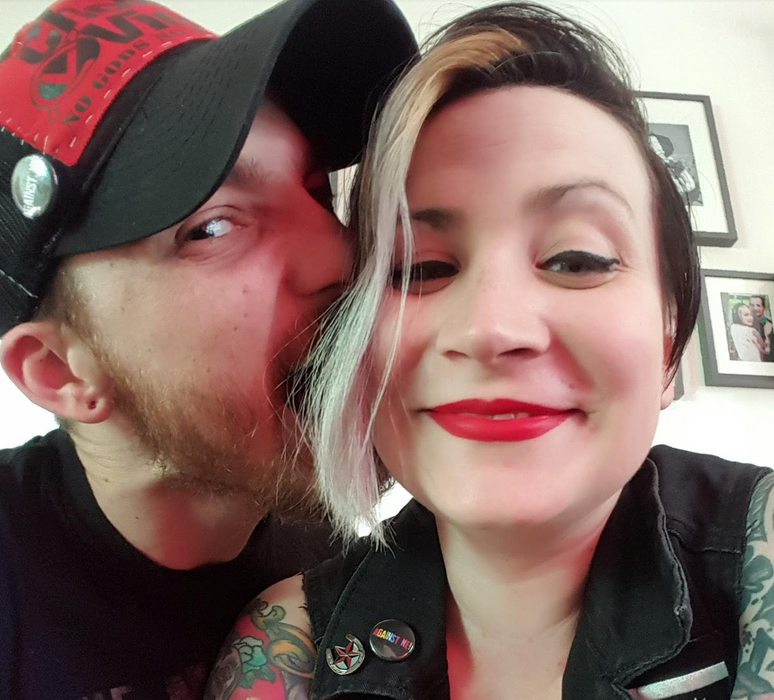 Lauren: We sat on my front porch drinking beer, smoking cigarettes, and laughing about how awkward and kind of terrible the date we just went on was. Everything just sort of flowed after that. He told me that night that he didn’t hate me, and I knew exactly what he meant by that. I remember thinking, We’re in for it now, before I told him I didn’t hate him, either. We played our favorite bands for each other and I’ll never forget the way he described the stairs at Cedar Hill Cemetery. He was quiet and mysterious. Such a badass, raw and real -- it was refreshing. He was really honest about where he was in his life and I loved it. He was smokin’ hot, too, but that was just a side note to how attracted I was to him intellectually.

Tyler: Our first date started off as boring and uncomfortable as any first date. Luckily that was interrupted by some even more awkward scenarios being played out at the table beside us -- a woman was on a date with two people. Eventually we decided to go back to Lauren’s place and talk. I was comfortable with her. She was everything I didn’t expect her to be.

Our take: Sounds like they had a pretty good time on such a terrible date! Lauren clearly formed an emotional connection, remembering his (apparently very poetic) description of cemetery stairs. Not hating someone has never sounded so loving. Note to dudes: Intellectual attraction can get you pretty far.

So What Did We Learn?

The biggest difference in these accounts is the amount of detail present in recall. Almost uniformly, the guys appeared to reference fewer details in their recollection of the first date than women did, from whether they sat catty-corner or not (which Eli and Evan did not), to what the other person wore (which Samantha mentioned and Robert did not), to what went through their minds when they were together (which Lauren mentioned and Tyler did not).

Memories are tricky, like shifting sand dunes that change with time and distance, some parts slipping away while leaving others more prominent in your memory. What are the things that you and your significant other still remember about that fateful first date?

For a deeper look into how our most intimate relationships can be affected by truth and memory, watch Showtime’s "The Affair," premiering this Sunday at 10/9c.

Interviews have been edited for clarity and length only. Images provided by subjects.