The U.S. Court of Appeals for the District of Columbia Circuit rejected the Standing Rock Sioux Tribe's request for an injunction to halt construction of the Dakota Access Pipeline (DAPL) by Texas-based Energy Transfer Partners. The Sunday, October 9 judgment means that construction can proceed on private land while the project is still halted on federal lands. The tribe is appealing the ruling, and it remains to be seen whether Energy Transfer Partners will honor the Department of Justice request to voluntarily halt construction. 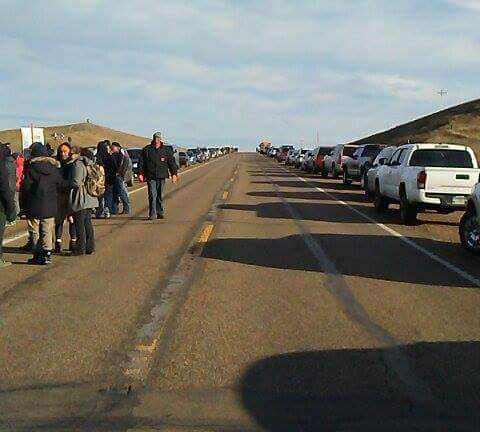 "This ruling puts 17 million people who rely on the Missouri River at serious risk," said Dave Archambault II, Chairman of the Standing Rock Sioux Tribe, in a press release. The Dakota Access Pipeline has led to the desecration of our sacred sites when the company bulldozed over the burials of our Lakota and Dakota ancestors. This is not the end of this fight. We will continue to explore all lawful options to protect our people, our water, our land, and our sacred places."

In a surprise move last month, DAPL interests purchased the historic Cannonball Ranch, which would theoretically allow the pipeline to proceed an additional 20 miles from Highway 6 in Morton County and across contested treaty lands. By owning the Cannonball Ranch, DAPL now controls known and unknown burial grounds, with construction putting mapping of sites essential to tribal identity in jeopardy. The area around Lake Oahe is now in immediate danger unless DAPL stands down and honors the Justice department request. 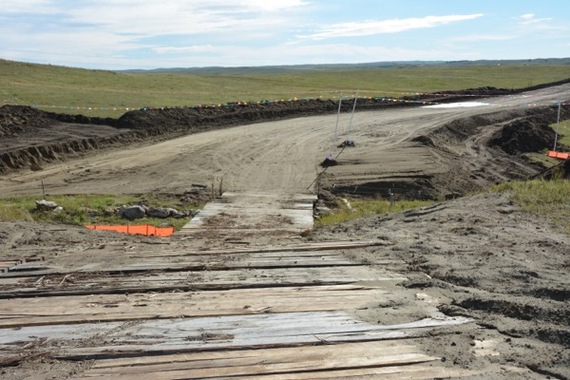 The ruling by a three-member panel, including Circuit Justices Janice Rogers Brown, Thomas B. Griffith, and Cornelia T. L. Pillard is posted here.

...We find the Tribe has not carried its burden of persuasion on these factors, and so we deny the motion...A necessary easement still awaits government approval--a decision Corps'counsel predicts is likely weeks away; meanwhile, Intervenor DAPL has rights of access to the limited portion of pipeline corridor not yet cleared--where the Tribe alleges additional historic sites are at risk.

So far prayer and peaceful protest have guided the Tribe and over 5,000 supporters camped at the junction of the Cannonball and Missouri Rivers through this complicated legal process.

"The Standing Rock Sioux Tribe is not backing down from this fight," said Archambault. "We are guided by prayer, and we will continue to fight for our people. We will not rest until our lands, people, waters and sacred places are permanently protected from this destructive pipeline."

In a posting on Facebook, the Red Warrior Camp says "The Morton County Sheriffs Department called in their reinforcements of 400 sheriffs from across the United States and have stated they will be escalating their war tactics and become more 'proactive' in stopping those of us on the frontlines here from protecting Sacred Water by killing the Black Snake."

The "black snake" is from a Lakota prophecy that predicted one day a black snake would crawl out of the ground, bringing great destruction to the People of the Plains. It is easy to make the comparison to the iron pipelines carrying black crude winding their way through sacred treaty lands. The original route of the DAPL took it north of Bismarck, threatening the white majority's source of drinking water. The outcry forced Energy Transfer to move the route one half mile from the Standing Rock water supply.

Draw your own conclusions.

Did the Morton County Sheriff's department just issue a veiled threat on its Facebook page?

A federal appeals court has made a ruling regarding the DAPL. We urge all people to follow the rule of the law. The Morton County Sheriffs Department continues to work to ensure the safety of our residents, those conducting legal commerce, our officers and those who lawfully protest.

Given law enforcement's history of watching dogs unleashed on prayerful protestors, arrests, constant surveillance helicopters, and fixed wing aircraft buzzing the camps, one might ask the question, who exactly is breaking the laws governing rights of free speech and assembly?

At least one helicopter was caught flying with altered identification numbers.

In a report this morning from Highway 6, law enforcement was staging "about a football field" distance from water protectors (154 cars of protestors at this writing) gathered along what they term "the front lines." 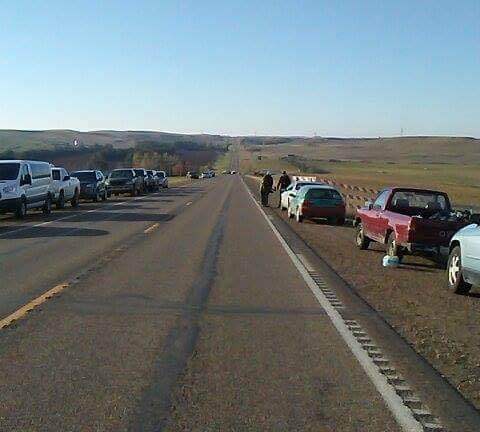 With cellphone communications difficult at best, many of the protestors/protectors had not yet heard details about Sunday's ruling as of 11:00 AM EST.