Courteney Cox is showing Hollywood how to handle divorce gracefully.

The actress is featured in the February issue of More, which hit stands Tuesday (Jan. 28).

Cox, 49, opened up to More about her post-marriage relationship with ex-husband David Arquette and proved that if any couple can handle a divorce with dignity, it's them. Married for 11 years, the couple separated in 2010 and finalized their divorce in May of 2013. Even after the breakup, Cox has nothing but love for Arquette.

"When you love someone, you want them to be happy, even if it's not with you," she told More. She seems to accept that their relationship had run its course and that some differences simply cannot be reconciled.

"We were married for a long time, so it’s not like we didn't try," she said.

Cox maintains that she is friends with Arquette, telling Ellen DeGeneres that they recently had dinner together with their daughter Coco and Arquette's new girlfriend, Christina McLarty.

Arquette and McLarty are expecting their first child, a boy, and Cox admitted that while initially nervous about the new addition, she is now excited and happy for the couple.

Get the whole scoop from More. 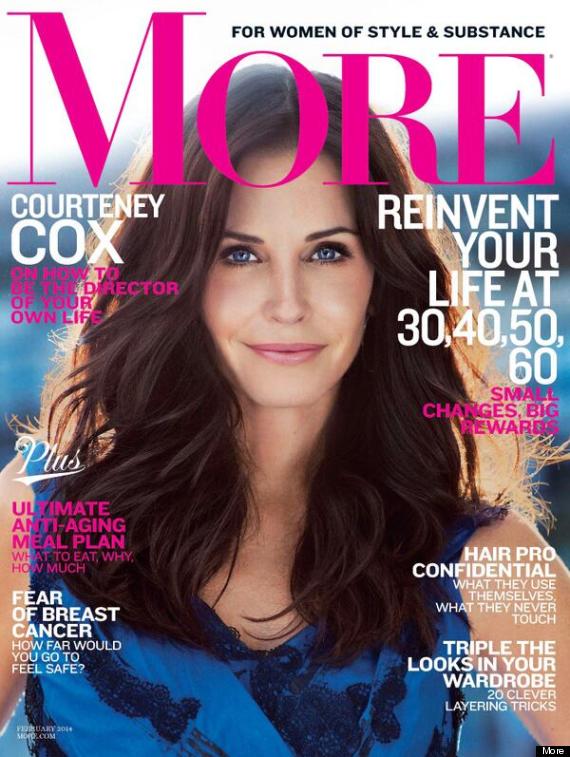