A former math teacher and girls' basketball coach at a Utah high school has been arrested on charges of raping a 17-year-old female student.

According to charging documents obtained by the Deseret News, Jarrell had "illegal sexual activity" with the student at her home between February and March of this year.

Students at the high school told NBC affiliate KSL that they were shocked by the allegations, since Jarrell, who taught math at Riverton for eight months, was well liked. It was her first teaching job.

"Everybody loved her," Kathryn Orchard, a student at the school, told the station. "My parents, even, were way shocked because my parents loved her, too. They thought she was a great teacher."

Sandy Riesgraf, a spokeswoman for the school district, told KSL that Jarrell had been placed on administrative leave last month after allegations surfaced.

According to Fox Salt Lake City, Jarrell was an honors student and played softball for Utah Valley University. Parents told the station that the sophomore girls basketball team Jarrett coached had just won a championship.

Jarrell's attorney indicated she would enter a not guilty plea for all charges. A court date has been set for May 16. According to CBS News, Jarrell could face five years to life in prison if convicted. 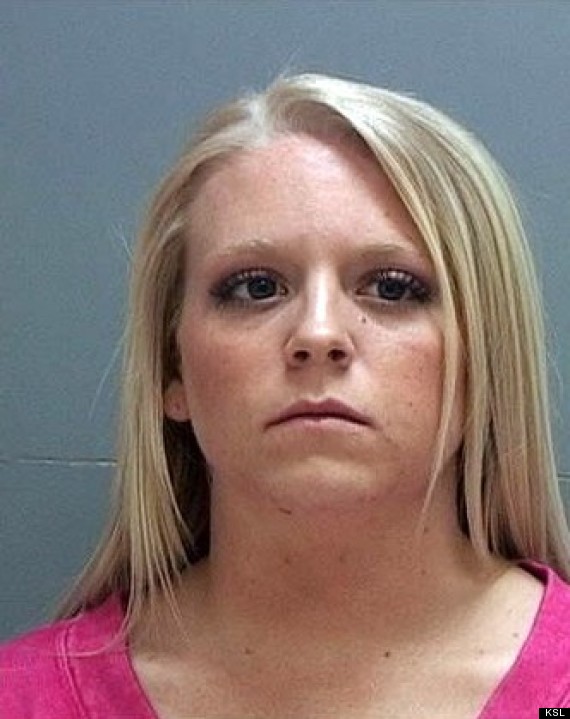