Slimane has been steering the storied brand in a clear new direction, and as a result, his '90s-inspired fall collection was met with more criticism than praise. Though it's worth noting that Love is an open fan of the line's new look, and has professed her enthusiasm for the collection on Twitter: "[H]aving gasms at the idea of rich ladies buying what we used to wear, finally someone got the actual look exact." And the rocker is no stranger to high-end design herself, as she has her own fashion line.

Instead of choosing to show the grunge-inspired clothes on an of-the-moment model like Karlie Kloss or Cara Delevingne, Slimane shot his looks on a few of Love's musical contemporaries. Dazed Digital reports he's framing the campaign as a music portrait project, emphasizing the relationship between rock artists and YSL since the house's early days. Slimane also explores artists in his ongoing Rock Diary.

Take a look at Courtney's rock 'n' roll campaign for Saint Laurent below, and see the rest of the spokesmodels over at Dazed Digital. 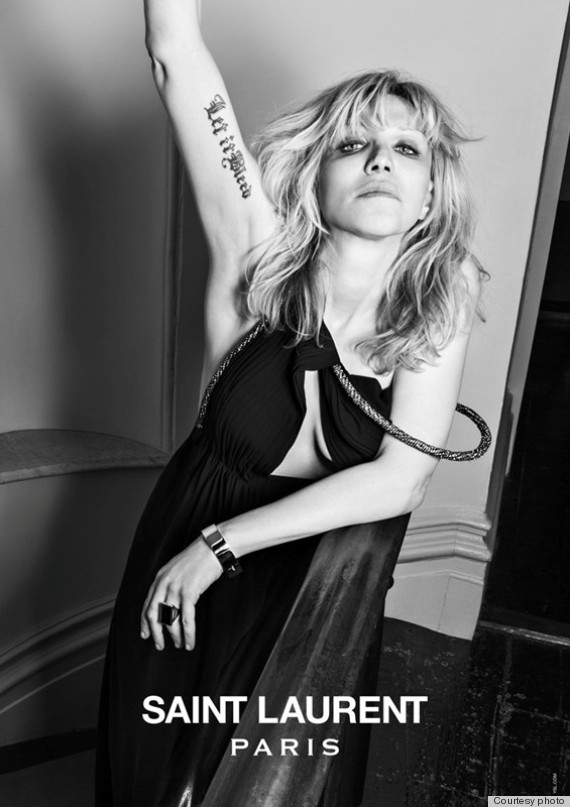 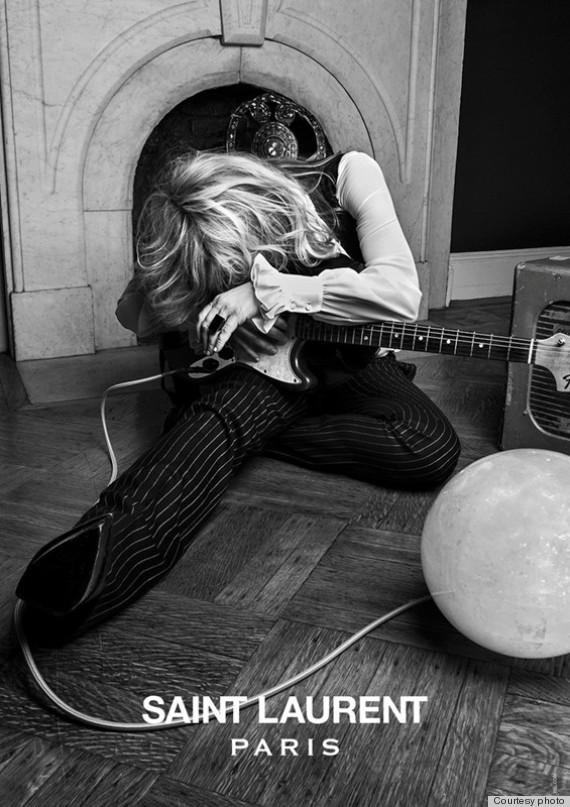 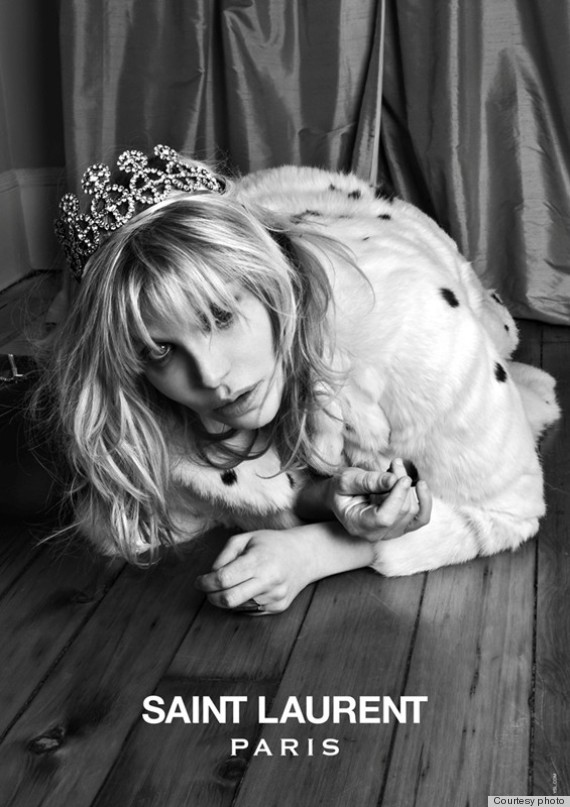