If you had to guess what attire would be appropriate for a pumpkin patch, booty shorts probably wouldn't fall under that category.

It turned out Courtney wasn't kicked off of Facebook for being too sexy, but Stodden and her husband were booted from a pumpkin patch in the Santa Clarita Valley this weekend, reports RadarOnline.

But it wasn't just Courtney's denim booty shorts and cleavage-baring shirt that was too much for fellow pumpkin patch visitors. The couple made quite the scene with Courtney jumping into Doug's arms, straddling him provocatively, and making out in front of families who were just trying to spend the day finding a perfect pumpkin.

Now you can add quoting scripture to Courtney's collection of fascinating tweets. We are guessing the teenager was referring to the incident when she tweeted on Sunday:

PHOTO GALLERY
Courtney Stodden Gets Kicked Out Of A Pumpkin Patch 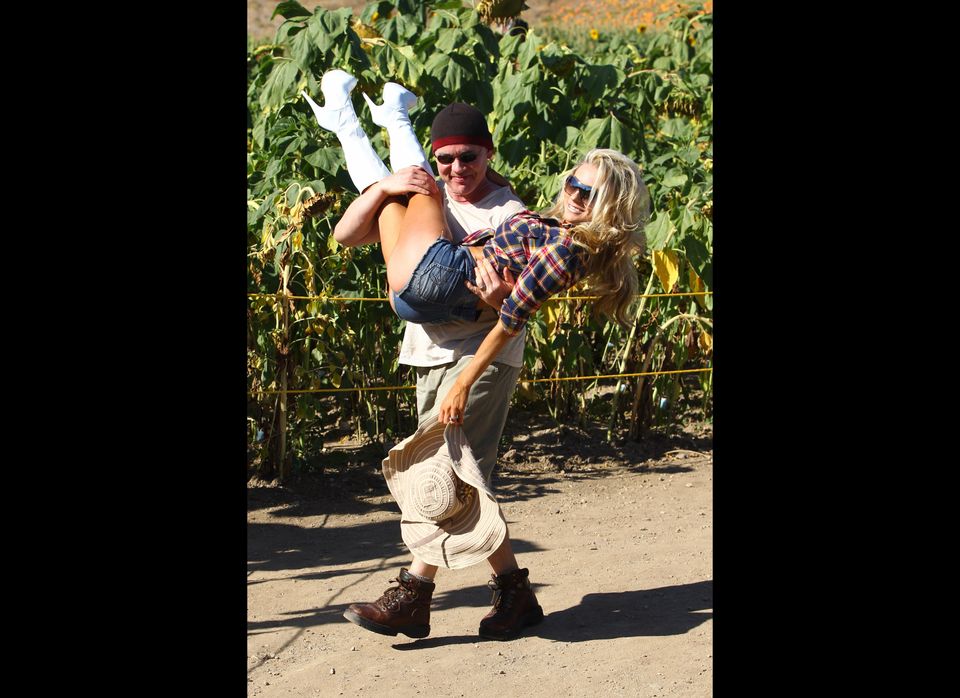