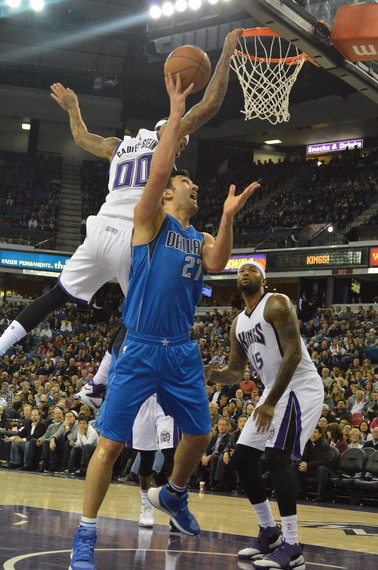 DeMarcus Cousins returned to the starting lineup after missing the last three games with a lower back strain. The All-Star forward looked better than before and led his team to a 112-98 victory over the Dallas Mavericks. The Kings are 1-7 without him this season and 6-5 with him in the lineup.

"I hate being out and I hate having to sit to watch my team going to battle without me when you know you could be in helping them," said Cousins. "It's a terrible feeling to be sitting out. But you have to put those games behind you and move forward."

Cousins tallied a game-high 31 points, a team-high nine rebounds, six assists and one block in 38 minutes. Cousins attempted a career-high eight three-pointers (making one), surpassing his old mark of five (twice, last 11/11/15 vs. Detroit). He shot 5 of 9 from the field in the fourth hitting all six free throws to help Sacramento build on its third-quarter lead.

"Cousins is super skilled, he's got basketball skills all over the place," Kings head coach Georg Karl said. "Tonight I thought it was one of his better passing games. He was aware, very aware, he didn't make the three ball, but he was facing our court...when he's in the game in a lot of ways, inside game in the second half, they didn't have much of an answer for him."

The Mavericks committed a season-high 30 personal fouls. They dropped four of five of their last games and missed 28 of 37 attempts from 3-point range. After building a 14-point lead Dallas went cold on shooting in the second quarter. The Mavs lead at the half 58-54 but the surging Kings took over in the second half playing more aggressively.

"We're not making shots right now," said Dallas head coach Rick Carlisle. "So we've got to stay the course, keep stepping into them aggressively and we've got to do a better job defensively and get some easier shots."

Rajon Rondo had 21 points and Rudy Gay added 20 for the Kings who had outscored the Mavericks 22-13 in the third to take the lead for good. Darren Collison added 15 points and Omri Casspi finished with 10. Chandler Parsons had 14 points for Dallas while both Dirk Nowitzki and Zaza Pachulia had 13 points, including Pachulia's 10 rebounds.