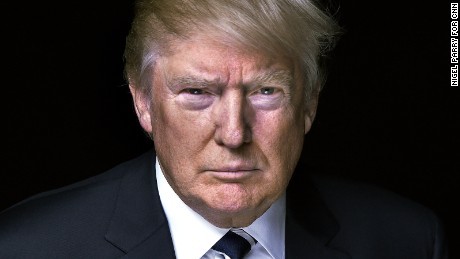 Politics is often referred to as a "full-contact sport" due to its sometimes dirty tricks and frequent tough talk. But in the 2016 election cycle, this description has gone from rhetoric to reality. Just ask Michelle Fields from Breitbart, who was manhandled by Donald Trump campaign manager Corey Lewandowski, or Chris Morris, the TIME magazine photographer slammed to the ground via a neck hold by a Secret Service agent or the dozens of protestors at Trump rallies subjected to violence including the gentleman sucker punched by a 78-year-old who said he thought perhaps next time he should be killed. Or ask members of the media singled out by Trump for ridicule and harassment, all because they are members of the media. Politics has gone from a rhetorical full-contact sport to an actual one and the media is caught in the middle.

The question is, at this time of unprecedented vitriol by Trump and his campaign, does the media have a responsibility to do more than just report the news?

There has been much talk and writing in the media about whether a person like Trump with his demagogic, anti-democratic, strongman talk and ideas can be elected in this country. Many argue no, but it has happened in other western democratic countries. With his anti-democratic ideas and rhetoric including his desire to curtail our free speech rights, mainly so he can sue and thus intimidate the media, what role does the media play? Make no mistake, many others including the Republican Party share in the blame for the rise of Trump, but the media is not immune from the question. And that is the issue on the table - how responsible are they for his rise?

So far, they are playing right into his hands.

The question then becomes, if he is nominated and elected, are they partially responsible? In the most recent Politico magazine, the Media Edition, they also call out the media for its role in the rise of Trump.

As calculated by the New York Times, all of this demagogic rhetoric, actual violence, near violence and threatened violence happened while Donald Trump earned nearly $2 billion in free media, dwarfing the nearest candidate. A rundown according to the New York Times (among candidates still left):

There is no doubt Trump is a master at getting free media. The problem is what he is doing to earn it. He's not talking about how he would bring the country together to address our challenges or how he would lead the world, which is also needed and a role uniquely American. Instead, he's doing the opposite. He's insulting other candidates, random Americans, the media and various demographic groups, pitting one against another and telling us how he would divide the country., He's doing the same around the world pitting country against country as he tells them that the United States is going to disengage and encourage more countries to develop nuclear weapons, while also reserving the right to engage whenever and wherever he wants and in doing so, perhaps breaking law and custom.

And the media just reports this, especially television, as if he is just another candidate. They report nearly his every tweet, and the most outrageous things he says with no comment or challenge. The New York Times motto on its masthead is "All the News That's Fit to Print." Perhaps the media ought to try and live up to that standard.

But perhaps the worst of it is that most network and cable outlets allow him to dial in, especially the Sunday public affairs shows. When phoning in, it is much easier to avoid tough questioning, talk over the questioner and go on with long answers so as to avoid a tough follow-up and most importantly, the public can't see you answer questions. As we have seen when questioned in person, such as on MSNBC when Trump struggled to give an answer to the question of whether women should be punished if abortion is made illegal and they have an abortion, we literally saw him try and think what the right answer was since he clearly, despite claiming he is pro-life, had never thought about this fundamental question. But for months, he got away with dialing in and skated through interviews making a mockery of the hosts.

The conundrum the media is caught in is of their own making. Media is obsessed with ratings and viewership, even in news. Long ago, cable and digital programming crossed the line. In their coverage of politics, they chose good ratings over responsible TV. They chose to treat political coverage as entertainment. What has changed recently is that traditional network news programming such as public affairs programs have followed the same route. There is the longstanding tradition of "If it bleeds it leads" in the news world. However, news and politics are not entertainment and this tradition should go. The consequences of this long ago decision are now apparent and the result is nothing anyone can be proud of.

And while the news media has recently begun to question Trump hard on his ideas and question the very premise of Trump as a presidential candidate, the turn toward responsibility may be too late. And even if Trump fails, there sits Ted Cruz who has taken complete advantage of the Trump phenomenon and skated through with little hard scrutiny. In fact, because he is not Trump, he has become the viable alternative to Trump because as the old saying goes -- in the land of the blind, the one-eyed man is King.