A coveted photo of an A-list couple's wedding, or the first photos of brand-new celebrity baby, can be worth upward of $1 million. While a celebrity sighting sometimes just means a few bucks in a photographer's pocket, there are also some big fish out there worth a whole lot of cash.

It's no surprise that the Moby Dick of celebrity photos is the impending wedding of Brad Pitt and Angelina Jolie. There's no date set, but paps are already foaming at the mouth in anticipation of the couple proceeding down the aisle with their six children at their sides and the $2 million the photos are expected to fetch, according to The Daily.

Meanwhile, Blue Ivy Carter doesn't even have to do anything to be a paparazzi target. Her superstar parents Beyonce and Jay-Z released photos of the newborn on their own Tumblr, in an effort to reduce the bounty on their child's head. It was a smart move, but a snapshot of the daughter of hip-hop royalty will still land a paparazzo around $500,000 -- provided you can see her face.

While Bey and Jay are very protective of their private lives, other stars are looking to cash in as much as they can. Jessica Simpson reportedly had trouble finding a magazine willing to shell out $500,000 for confirmation she was pregnant, so she'll be happy to learn that's the anticipated price tag for the first photos of her daughter, who is due next month, reports The Daily.

A large part of being on the A-list is making sure you're in demand, but not letting yourself get overexposed. Paparazzo Steve Sands told the paper that photos of reality TV star Kim Kardashian and rapper Kanye West together won't sell for big bucks, because Kim already saturates the market, but photos of the star in a bikini on her honeymoon sold for $100,000.

And while Lindsay Lohan is still hunted by the paparazzi, a photo of the troubled starlet is near worthless these days. "She's just gone in the toilet," a photo agency insider told the paper. "You practically can't give her away."

For more of the most coveted paparazzi shots, click over to The Daily.

PHOTO GALLERY
Photos Worth $$
Download
Calling all HuffPost superfans!
Sign up for membership to become a founding member and help shape HuffPost's next chapter
Join HuffPost 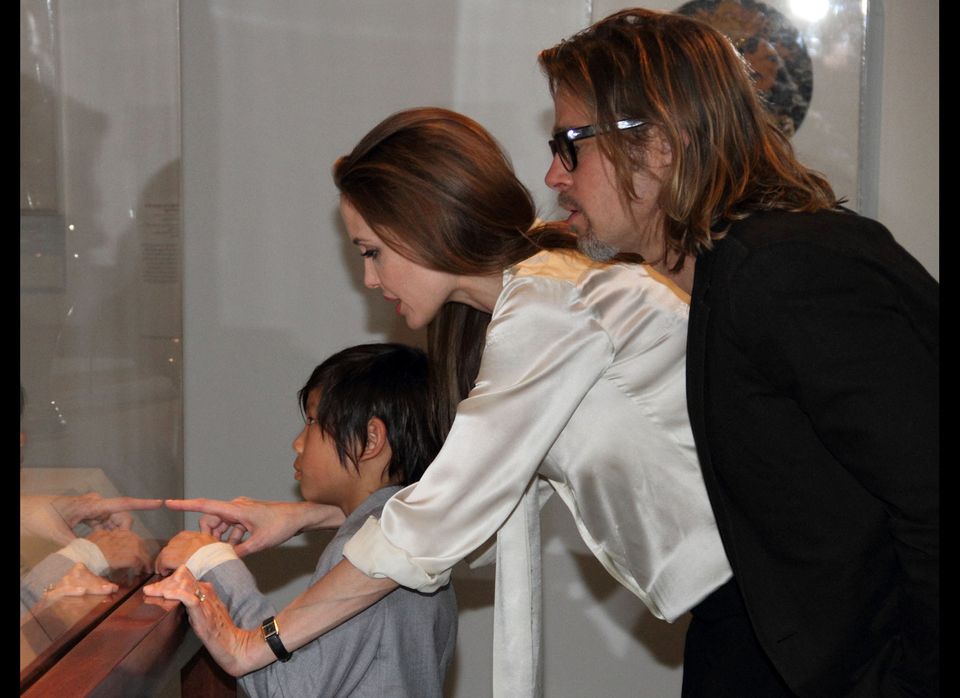 1 / 10
Photos of Brad Pitt and Angelina Jolie's "wedding of the century" is expected to rake in $2 million for paparazzi photos of the event. Photo Credit: AP