A cow that managed to save herself from a slaughterhouse-bound truck is beginning her new life at a New Jersey farm-animal sanctuary.

The cow, now named Brianna, can be seen setting foot for the first time at Skylands Animal Sanctuary in a video posted to social media by the Wantage-based rescue group.

“She’s nervous, but she’s way better,” Mike Stura, founder and president of the sanctuary, told HuffPost, adding that Brianna will be kept separate from the other animals until she gets an all-clear from the veterinarian.

“But she’s definitely warming up to me,” he said.

Brianna somehow made it out of the second story of a vehicle on the highway at around 2:45 a.m. on Thursday, NJ.com reported. The outlet noted that the truck was headed to a slaughterhouse in Paterson, New Jersey, but it wasn’t immediately clear where it was coming from. It also wasn’t clear if Brianna jumped from the truck or fell.

Stura told the New Jersey Herald he got wind of what was happening at about 2:50 a.m. and went to the scene immediately to find numerous officials trying to contain the Holstein. He ended up naming the cow Brianna after the police officer, Brian, who tipped him off to the situation.

Stura also told the Herald that Brianna was in “incredibly good shape” given the 8-foot drop from the second floor of the trailer. He compared her condition to “road rash,” noting she has minor injuries to her front legs and above her eye.

Part of the reason Stura was able to rescue the cow, he told HuffPost, was because officials demanded she be removed from the highway immediately for safety reasons, and returning her to the second story of the slaughter-bound trailer posed major logistical problems.

Plus, Stura said he got the sense that most of the people involved wanted the cow to live.

“I don’t think people realize how many people root for an animal like this to make it,” he said. “I think the police might have been some of those people. ... It actually seemed like at the end, that the truck driver was actually happy for the cow.”

This story has been updated with comments from Mike Stura. 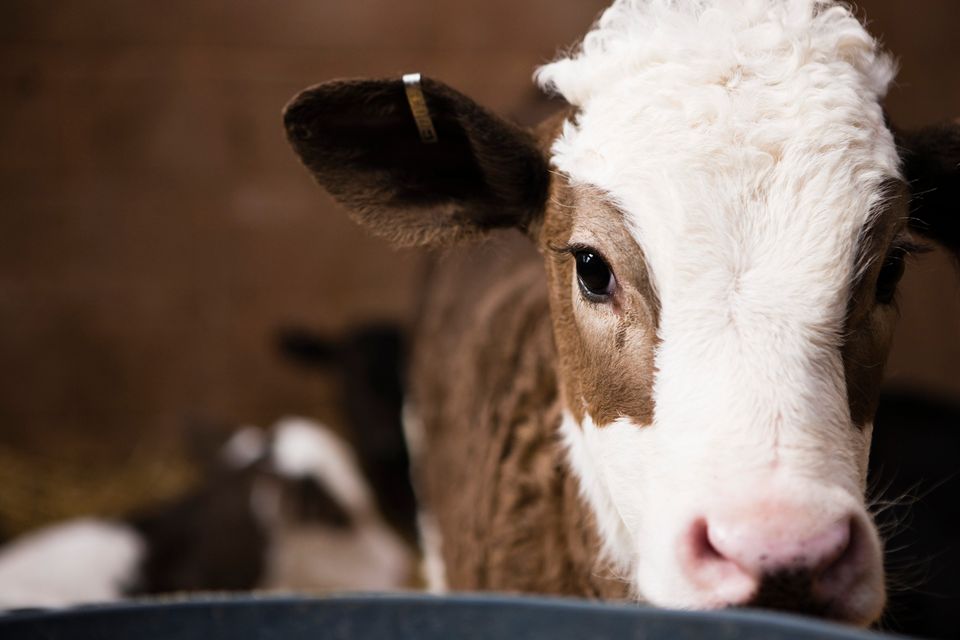