When life gives you lemons, the saying goes, make lemonade. When a cow gives you manure... make clean water?

That's the result of new technology that extracts nutrients and pollutants from cow poop and produces water clean enough to dispose of safely or for livestock to drink. The McLanahan Nutrient Separation System, which began to be developed 10 years ago at Michigan State University in East Lansing, Mich., isn't yet in commercial production but could have a significant impact on farms' waste and resource management.

“Here in Michigan we have a tendency to take water for granted,” Steve Safferman, an MSU associate professor of biosystems and agricultural engineering, said in a statement. “But out west, for example, where drought remains an issue, the accessibility of clean water could make the difference between a farm remaining viable or going out of business.”

The McLanahan separator uses an anaerobic digester, in which bacteria break down manure to release gas that can be collected and used as energy. The digester is coupled with a system that combines air stripping, ultrafiltration and reverse osmosis to remove pollutants and leave clean water. The system not only creates energy and water from the water, but reduces manure's environmental impact, extracting nutrients like ammonia that can be harmful to environment and turning them into usable fertilizer. 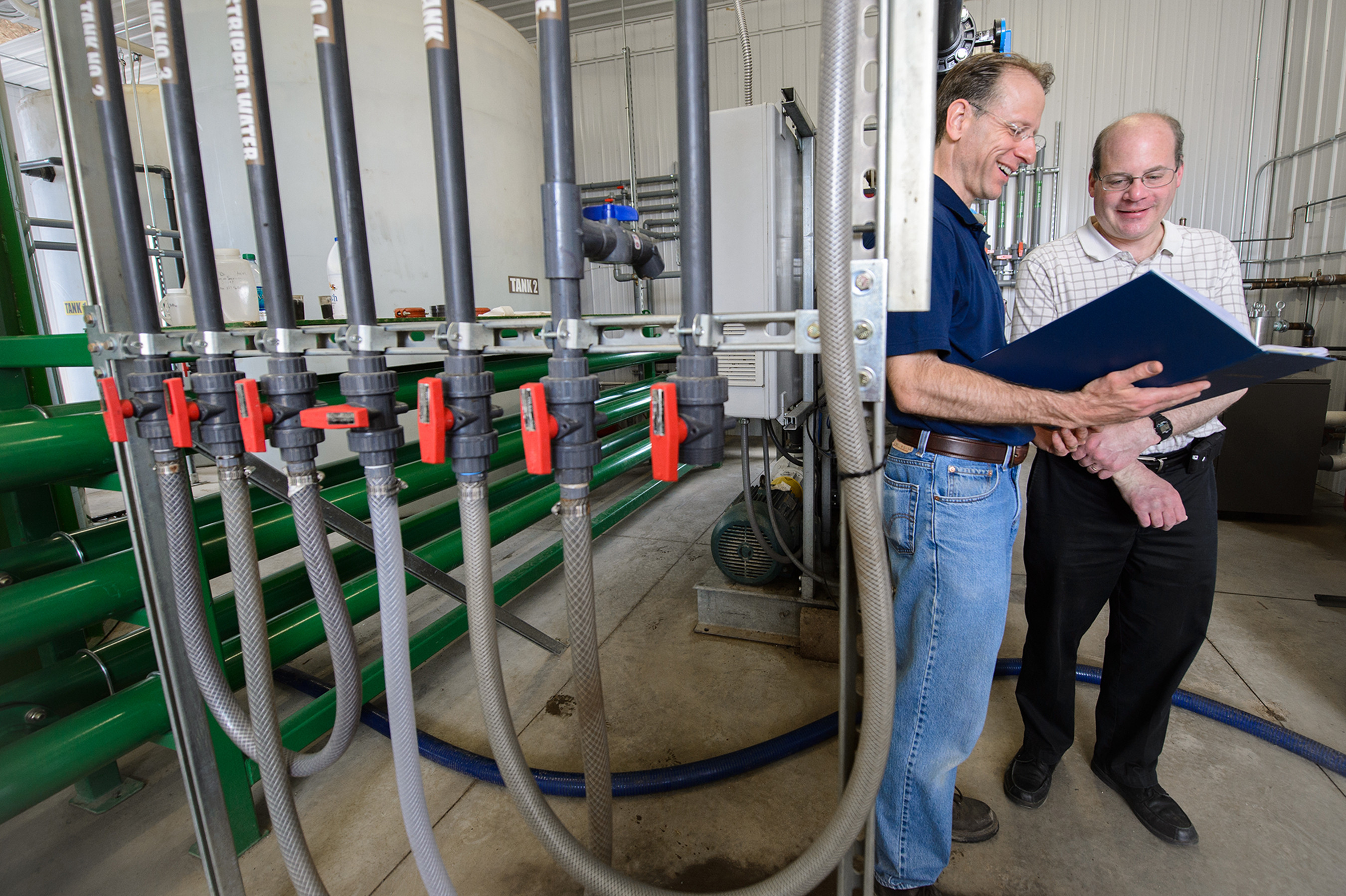 When you start doing the math -- multiplying the manure?! -- the McLanahan system begins to make a lot of sense. In 2011, the average U.S. dairy herd size was 179 cows, according to farming magazine Hoard's Dairyman. A cow produces about 10,000 gallons of manure each year, MSU scientists say, but 90 percent of it is water. Their system captures 50 gallons of clean water from 100 gallons of manure, though they're working to increase collection to 65 gallons of water.

According to the U.S. Environmental Protection Agency, improperly managed manure can have several negative effects on the environment. If it seeps into drinking water, it can cause nitrate levels to rise to unhealthy levels. Harmful microrganisms found in animal waste like cryptosporidium can potentially poison drinking supplies. Manure can cause algae blooms and wreak havoc on river and stream ecosystems and aquatic food chains. Gases emitted from decomposing animal waste can also cause air pollution, according to the EPA.

"We're able to capture a large percentage of the ammonia that would otherwise be lost in the atmosphere," Jim Wallace said about the system. He now works for the McLanahan Corp. and previously attended MSU. "Ammonia is a negative from an air-quality standpoint."

The nutrient separation system project began about a decade ago at MSU and is now under development at McLanahan Corp. They aim to start commercial production by the end of year.