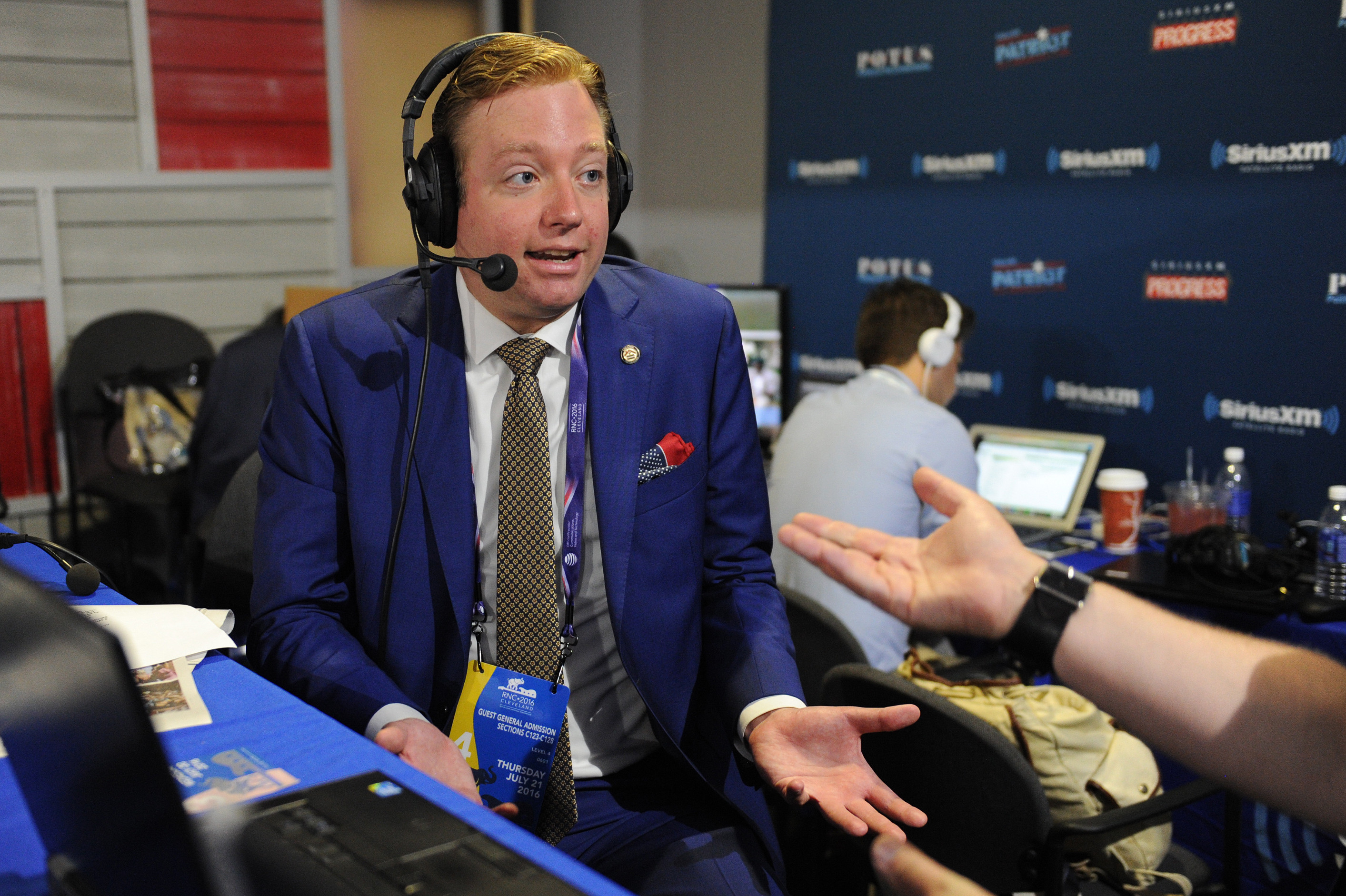 The Log Cabin Republicans (LCR), the gay GOP group that for almost a year had claimed Donald Trump was the most "pro-LGBT" Republican presidential candidate ever, has now decided that Trump is in fact a danger to the rights of queer people -- so much so that the group can't endorse him. This decision, and its timing, exposes how completely soulless and deceptive the group is, lacking backbone while engaging in rank hypocrisy.

The non-endorsement is stunning since the group endorsed both Mitt Romney in 2012 and John McCain in 2008, both of whom its spokespeople had described as more opposed to LGBT rights than Trump. And those endorsements came (as all LCR decisions on presidential endorsements) on the weekend of the Republican National Convention (RNC), meant to help get attention and help elect the candidates heading into the general election campaign.

But by telegraphing that LCR was likely backing Trump, saying over and over for more than a year that he was so "pro-LGBT" -- including in an interview with me at the RNC -- only to decline to officially endorse him two weeks before the election, Log Cabin's leader, Gregory T. Angelo, still helped Trump throughout the election. The non-endorsement at this point in time has minimal negative impact on the sinking Trump.

It comes when Trump looks like he'll lose the election, so it's a cowardly action -- far from standing up to a bigot who has a strong shot to win and declaring the group will do what it can to stop him from becoming president. Far from it, LCR, in its statement discussing the group's declining to endorse Trump, in fact notes it "welcomes the opportunity to work with" Trump should he still win, and said that it will still help to elect Republican to Congress -- to the same Republican-controlled Congress that has blocked LGBT rights throughout the Obama years.

"Mr. Trump is perhaps the most pro-LGBT presidential nominee in the history of the Republican Party," LCR still claimed in explaining the vote of its board members not to endorse Trump. But, the statement went on, "Rhetoric alone regarding LGBT issues does not equate to doctrine." This is of course preposterous. If Trump is the "most pro-LGBT" nominee, after all, why not endorse him, especially if you had endorsed candidates you're admitting were less "pro-LGBT" and whose "doctrine" you believe was far worse?

What Log Cabin really meant to say is that Trump attempted to seem as if he was the most pro-LGBT, while, in his stated positions, he in fact is as anti-LGBT as every other GOP presidential candidate. Trump has consistently opposed marriage equality since 2001, and has promised to appoint justices to the Supreme Court who will overturn the historic Obergefell decision. Trump several times, including recently, said he would support the First Amendment Defense Act, a bill in Congress introduced by anti-LGBT members and which would allow discrimination against LGBT people.

But that positive "rhetoric" LCR points to even had The New York Times sucked in initially, when the paper published a piece back in April that declared in a headline that Trump had "more accepting views on gay issues." The bizarre piece by political reporter Maggie Haberman pointed to Trump having congratulated Elton John on his civil union 11 years ago and having "nuzzled" Rudy Giliani while the latter was in drag as proof that Trump was more pro-gay than other candidates. The only LGBT group quoted in the piece, backing Haberman's assertion, was LCR.

While Haberman's assertion was completely in opposition to the views of much larger, mainstream LGBT groups like the Human Rights Campaign, GLAAD and The Task Force (not quoted in her article), and while the piece was criticized by LGBT commentators -- including, strongly, by me -- Haberman's piece, and others by the Times' Jeremy Peters and other Times reporters, set a narrative in much of the media that Trump was supportive of LGBT rights.

When Trump stated at the GOP convention that "LGBTQ" people should be protected from a "hateful foreign ideology," that statement was used further by many in the media to support the belief that he was "more accepting" of LGBT rights. But reporters didn't offer the context of Trump having publicly made promises to domestic enemies of LGBT people to help them to continue to discriminate against LGBT people based on their own religious bigotry.

So, again, if Trump is so "accepting" of LGBT rights, why is even the gay Republican group not endorsing him now? The Times (and the rest of the media that followed it) looks foolish, another among some examples of bad election coverage by the paper (amid some very good coverage) that we'll be talking about for some time to come. Peters, for one, tried to clean up the previous sloppy reporting in his report on LCR's non-endorsement this week:

Mr. Trump has gone further than any Republican nominee in publicly declaring his personal view on the issue -- at the Republican National Convention he announced his belief that "L.G.B.T.Q. citizens" should be protected from persecution. But he has also pledged to name Supreme Court justices who would overturn the decision legalizing same-sex marriage, embraced activists from the religious right who want to reverse many of the more recent legal protections put in place and did little as social conservatives pushed through a party platform that is deeply disapproving of gay and lesbian families.

That statement included, finally, two weeks before the election, the strongest assertion we've seen in the Times' reporting -- its own admission -- that Trump is, in his positions, anti-LGBT. But Peters, by claiming Trump declared LGBT people should be protected from "persecution," obscured the fact that Trump never stated he was against domestic "persecution" of LGBT people by groups like the Family Research Council -- categorized as a hate group by the Southern Poverty Law Center -- whose endorsement Trump accepted and to whom he made promises to uphold "religious liberty," which is code for opposing LGBT rights. Trump's only offer of protection was against a "foreign ideology" -- he never used the word "persecution" -- as he attempted to pit LGBT people against Muslims after he'd called for a ban on Muslims coming into the U.S. and after the Orlando massacre at the LGBT nightclub Pulse.

Even if Trump actually were "pro-LGBT," LCR should have opposed Trump based solely on his racist attacks on immigrants (who include LGBT people), and Muslims (who include LGBT people), and for his misogynistic attacks on women (who comprise more than half the LGBT population, just as in the general population.) The group should have been opposed to Trump for his attacks on other marginalized groups -- and for his promotion of sexual assault in a leaked tape, followed by accusation after accusation by women over the past month.

Those realities are actually likely the true reasons why LCR didn't back Trump, since, again, the group backed Romney and McCain, whom they claim were more anti-LGBT than Trump. Likely there were splits among their members, who knew the group would be powerfully condemned on all sides for supporting such an unfit candidate and a dangerous demagogue, and that Trump is likely, hopefully going to lose anyway, so it wouldn't be worth the attacks. (The group even made an oblique reference to this in its statement, noting it is "not a single-issue organization, nor are our members single-issue voters." ) And yet, it wouldn't or couldn't admit that those other truths about Trump were likely a deciding factor. Another reason why the Log Cabin Republicans, in the end, are cowardly and craven.