This is a story of my Grandpa Jack and cowboy boots. It's a story of how a boy from Independence, Missouri came to be a traveler, a uniquely American version of the Explorer. A man who represents the rugged outdoors and the passion for life lived passionately.

As a small child, one of my earliest memories is of my Grandpa Jack. He stands in the bathroom, facing the mirror. I stand in the hallway, a small girl three years old, looking up at him. He squirts a dollop of VO5 in his palm, rubs his hands together and then runs his fingers through his hair.

He was a cowboy. Not the John Wayne version.

He wasn't always a cowboy.

Long before we knew each other, he was a young man from the mid-west. He married Charlotte the Great and they had my mom. 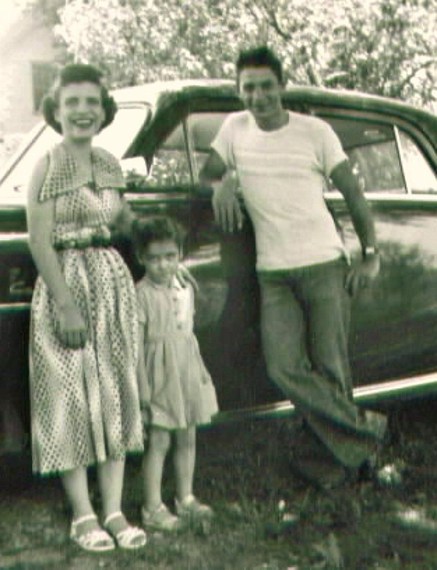 They spent time in the Ozarks, had a house and their family grew. Grandpa loved animals, especially his dogs. 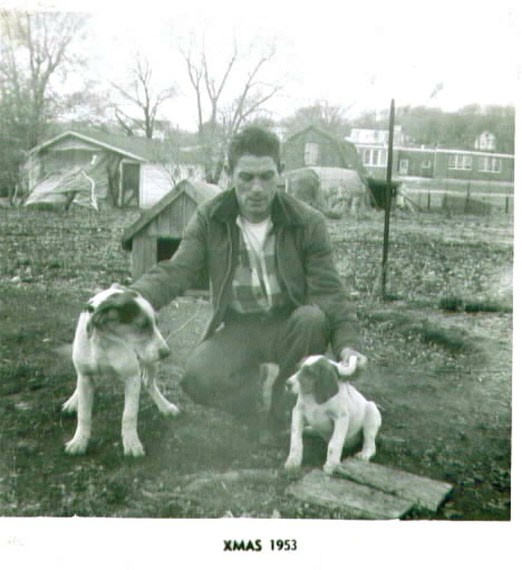 And while the white tee-shirt remained a staple, the rest of him morphed into a rugged, rodeo-riding, horse owning man, and he always dressed IMPECCABLY.

He wore a Stetson cowboy hat, western shirt, with enamel snaps, jeans so filled with starch they could nearly stand on their own, and they cracked when he put his legs in them. The finishing touch was his Tony Llama Cowboy boots. He accessorized with Marlboro Reds, hat pins, and my favorite, belt buckles! He epitomized resilience, self-sufficiency, and independence. 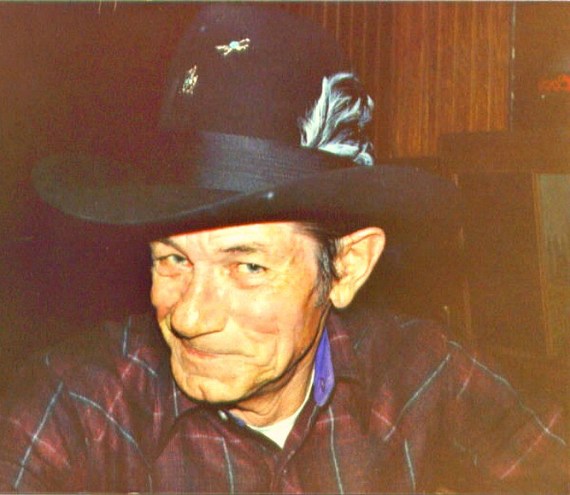 Although a cowboy in appearance and soul, he drove a truck, moving from Independence, Missouri to Utah. He fell in love with the landscape and favored routes to Wyoming, with its rolling valleys, small population, and wildlife. The west suited him with its barren land, endless sage deserts, red rock etched into statues and cliffs. He loved the roaring rivers, wild horses, and dramatic mountains. He liked the life a man led out there. 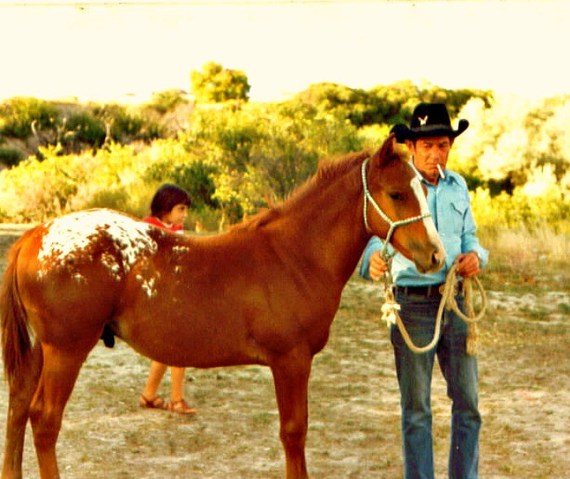 Today, the beauty of a cowboy may seem a bit old-fashioned. Even art depicts the cowboy as "nostalgic" and "quaint," as if he exists only in the past. The truth is there is a part in all of us that longs for getting on horseback and exploring the unspoiled wilderness

Perhaps the spirit of the cowboy was set free with Theodore Roosevelt as a role model, winding his way through Yellowstone. Perhaps it died with Grandpa Jack back in 1985.

I have memories of campfires and cowboy stories in a pasture as the horses grazed on wild asparagus on the banks of the river nearby. 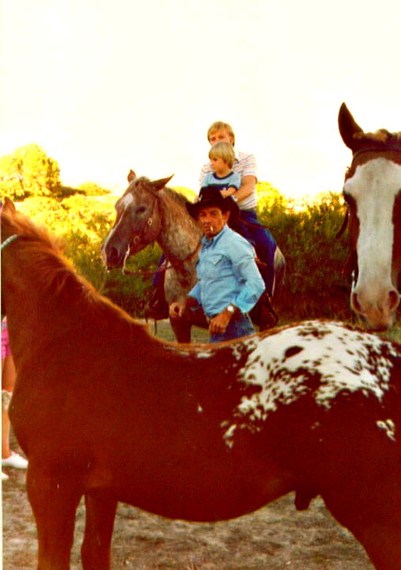 My images of a cowboy are my grandpa's chisel-face, the dimple in his chin, his weather-worn hands pulling a rope as he guided me, my siblings and my cousins around the pasture on horseback.

I can still see him cupping his cigarette against the wind somewhere outside. His gray eyes that turned to a fierce green when he was angry, signaling for us to clear the way.

He taught us a work ethic. 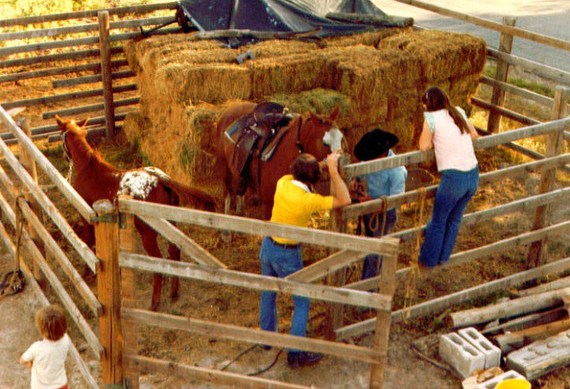 We couldn't ride the horses until we had hauled the hay, checked the horses hoofs, and listened to his direction.

He was, perhaps, the first man I fell in love with. He was handsome, but he had this passion for life that was intoxicating. He told stories of ordinary days that seemed to become grand adventures. He treated his horses like his family.

My children never met him, but they know him.

My daughter just received her first pair of cowboy boots and when we opened the lid, the smell of leather brought Grandpa into the room. I watched as my daughter inhaled the smell on the boots. It made me remember that my IMPECCABLY dressed grandpa wore gym socks inside his cowboy boots, the white knee-high ones with the blue or red stripes. 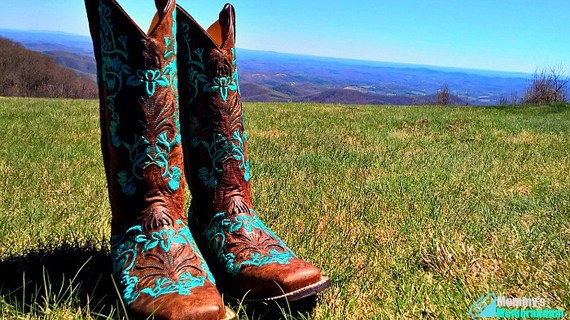 I'm calling cowboy boots a conservationist, preserving the wild in all of us and the freedom my grandpa experienced. They are boots that connect us to my grandpa and his passion for life.

They captivate and hold immense beauty. They are curators, reminding us we love life and the view.
Watching my daughter pull her cowboy boots on over her jeans for the first time was like Grandpa Jack was there, teaching her.

Life has us running in sneakers, but it's one of the best feelings to slow things down to a simpler pace and take in the view we sometimes miss. 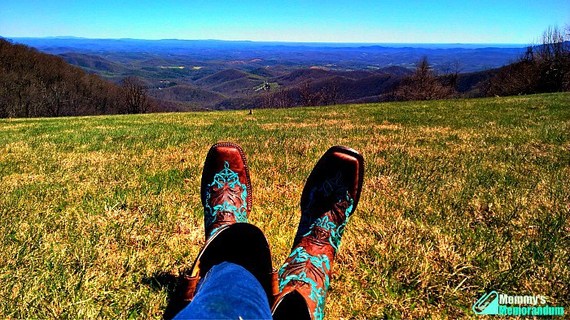 It's one of the best life lessons Grandpa Jack and his cowboy boots taught me. While I wish Grandpa was still around to put my kiddos on the back of a horse, teach them to ride, tell them the stories of his life, I know his legend lives in my heart and will be passed down through the generations.