The Cowboy Way builds character, and then tests it again and again. Tough mavericks conquer the Wild West with hard work and pure grit. Cowboys stand tall and self-reliant as they tame a landscape of danger and seize opportunity. Nature can challenge a man at any moment. Blinding snow storms, torrential rain, fearful lightening and flash floods, bone-dry desert, venomous snakes and Grizzly bears are all part of a vast and unpredictable landscape. We Americans proudly see ourselves as heirs of the cowboy can-do spirit. We don't see this heritage as some tattered, sepia-toned photo. It's a living, breathing way of life that we practice on the open prairie of the American West, as well as on the global stage.

Chinese dragons are gentle and benevolent celestial beings. Like angels in the West, Chinese dragons fly through the heavens carrying blessings to mankind. They bring life-sustaining rain to the land each year. Because of the beneficent dragon, man can work in harmony with nature to grow crops and maintain a peaceful and productive society. The dragon is kind and wise. The Chinese see themselves as descendants of the dragon, intent on preserving prosperity and harmony. They point with pride to the fact that China is the world's oldest, continuous civilization. 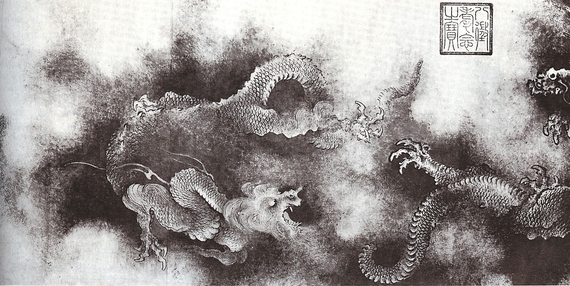 Cowboys are straight shooters, tough, brave, enterprising and no-nonsense. These are the characteristics so admired in Americans by the Chinese and others. Out on the prairie, cowboys have to work together to keep the herd moving. When meeting a new hand at the ranch, a cowboy nods courteously and says, "Howdy, partner." Cowboys know that working together, the herd will reach its destination. If only today's American cowboys would act the same way towards their Chinese dragon counterparts. A current example of one such partnership could be a new Chinese international banking initiative.

In October 2014, Beijing launched the Asian Infrastructure Investment Bank (AIIB), a Chinese-led bank focusing primarily on infrastructure projects in the region. China has pledged most of the AIIB's initial capital, some $50 billion. Contributions from other members are set to double the overall fund to more than $100 billion. Founding members of the AIIB will have the right to create the bank's governance and operational rules. Countries wishing to join the AIIB as founding members had to meet the March 31st deadline. And more than forty membership applications began piling up in Beijing in spite of energetic campaigning against the bank by the Obama administration.

At the signing ceremony on October 24, 2014, Chinese finance minister, Lou Jiwei, said the launch of this new Chinese-backed multinational lender seeks to complement banks such as the World Bank, the International Monetary Fund (IMF) and the Asian Development Bank (ADP). Lou insisted that the AIIB will reinforce these institutions and allow them to "more vigorously push forward the global economy." The AIIB, Lou said, would enable China to shoulder more responsibility for global development. American efforts to stop membership applications to the AIIB failed spectacularly.

Christine Lagarde, Managing Director of the IMF, has said the IMF would be "delighted" to join forces with the AIIB, citing "massive" potential for IMF-AIIB cooperation. International banking center and founding member, Switzerland, has said it "can play a significant role in ensuring that the new bank complies with the international standards in terms of its operating activities and development cooperation."

Mr. Obama claimed that the AIIB would lower the standard of international development projects. Forgive me, but I'm not the first person to point out that a country with a banking system that required a massive government bailout in 2008 might not be in the best position to point fingers. Critics of the American campaign to discourage membership in the AIIB cite American fears that the new bank will function as a lever for Beijing to extend its influence in the region. Yet, Shi Yinhong, a political scientist at People's University (Renmin Daxue) in Beijing points out: "The membership of European powers, South Korea and Australia will make China's leading role much (more) reduced than it otherwise would have been." 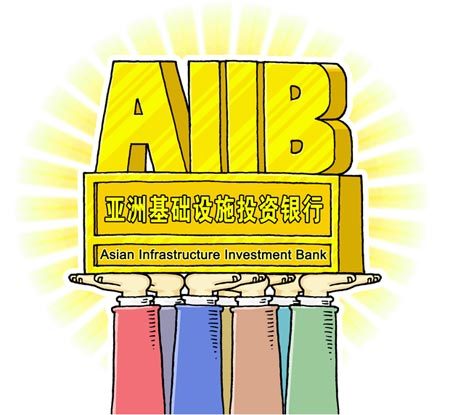 The United States currently wields veto power on major decisions made by the IMF and the World Bank. Beijing-based AIIB seeks to fund infrastructure projects in developing countries in Asia. Unlike the World Bank and the ADP, whose main missions are to reduce poverty, the AIIB seeks to develop interconnectivity by providing loans to developing countries in Asia for infrastructure projects. The ADB has estimated that $800 billion yearly is needed to finance projects for roads, railways and ports along with other infrastructure projects on the Asian continent. The establishment of the AIIB makes sense for China and its Asian neighbors.

A final list of the AIIB founding members will be issued on April 15th. Founding members will have the right to create the bank's governance and operational rules. In the final days before the cutoff date,Taiwan, considered by Beijing to be a renegade Chinese province, applied for membership. Even countries with territorial disputes with China (notably India) have joined the efforts, signalling the potential for lower geopolitical and military conflicts in the region. In a new political twist, Norway has also applied to become an AIIB founding member. After the Nobel Peace Prize went to Chinese political dissident Liu Xiaobo in 2010, Beijing cut all high-level ties with Oslo.

America's zero-sum game approach to the AIIB has failed. What is clear is that there is a deficit of trust towards the Chinese on the part of the United States. Will today's China prove to be as beneficent as the historical dragon? The AIIB presents a perfect test case to see how cowboys and dragons can work together for the greater global good. By mounting a campaign against membership in the AIIB, the United States missed a chance to work effectively with China.

The AIIB is part of Chinese new Silk Roads initiatives to expand trade links and increase its influence on the Eurasian-African supercontinent. The growth of Chinese power and the fear this has caused in America has the danger of drawing us into what political scientists call the "Thucydides Trap." In the History of the Peloponnesian War, Athenian general and statesman, Thucydides, wrote about the hegemonic struggle between Sparta and Athens. Sparta was then the status quo power, a bit like the United States today. Athens, like China today, was the rising power. Thucydides wrote: "What made war inevitable was the growth of Athenian power and the fear which this caused in Sparta."

For the sake of all concerned, the United States must avoid falling into the Thucydides Trap. The United States can delay China's rise on the global stage, but it cannot prevent it. From an historical perspective, the growth of Chinese power is inevitable. For much of recorded history, China has been the largest economy in the world, and has been the dominant power in East Asia. The American campaign to discourage membership in the AIIB has been viewed around the world as an American effort to contain China. 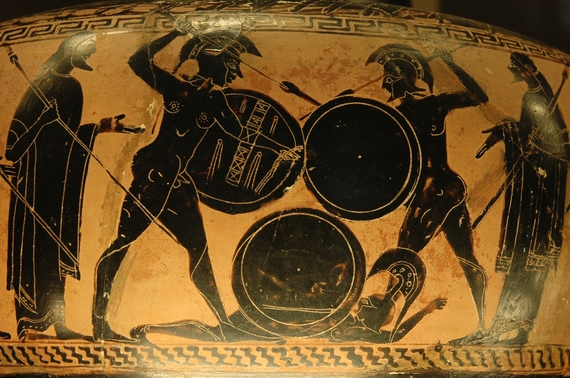 From the Chinese point of view, we can see the rise of China in the Taoist taichi symbol. Circling the taichi we see the relative decline of one force and the rise of another. One can circle the taichi in either direction. We also see in the taichi that the two forces are opposing, yet complementary. Neither exists without the other, just as the global influence of the U.S. is mixed with that of China. This opposing, yet complementary relationship and mix, serves to signal that China and America can work together over time. The dragon and the cowboy may be different, but working together, their joint strength can be a positive force for change in the world. 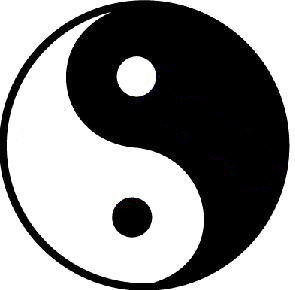 Today's global environment is like the Old West -- tough and character-testing -- but offering great opportunity. Straight-shooting, brave and enterprising cowboys should not miss the chance to say, "Howdy, partner!" to their dragon counterparts. Working together, we can lick snow storms and rain, fight off Grizzly bears and poisonous snakes, and keep the herd moving. 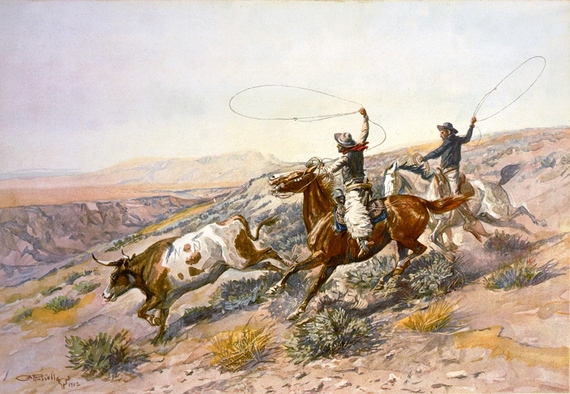