Want to feel non-athletic? Boy, do we have a story for you!

Rico Gathers, a 22-year-old who set a school record while playing on Baylor University’s basketball team, was drafted by the Dallas Cowboys on Saturday.

The last time that Gathers played football was in middle school.

The former All-American forward (6 foot 8 inches and 273 pounds) averaged 11.4 points per game in his 2015-2016 season at Baylor and set a school record for rebounds. He had 292 offensive rebounds over his last two seasons with the team, more than any other major conference player, per ESPN. His coach encouraged him to spend his final year of college eligibility with the football team, but Gathers opted to go pro instead. He has been training for the gridiron since his school was eliminated from the NCAA tournament last month, the NFL reports.

It’s unclear how good Gathers was at football in middle school.

Dallas selected him in the sixth round (217th pick of the draft), hoping that those hops he used to grab rebounds translate to catching footballs.

Anyone who has been out of high school for at least three years -- even non-football players -- is eligible for the NFL Draft.

The risky pick has a precedent: Jimmy Graham, Julius Thomas and Antonio Gates were all college basketball players who went on to become successful tight ends in the NFL.

"I’m all about that physicality," Gathers said of making the transition. "Can’t wait to touchdown!" he tweeted after being picked, with the hashtag, #FromRebounds2Touchdowns. 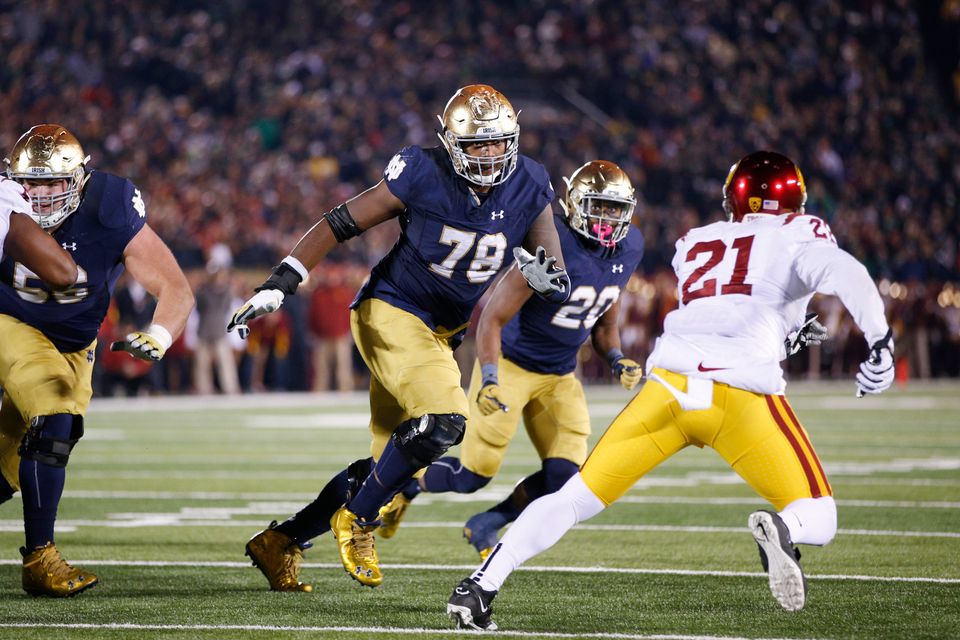 1 / 8
Ronnie Stanley, LT, Notre Dame
One former NFL offensive linemen recently told me that he thought&nbsp;Stanley was "soft." That's the one thing you don't want to hear from a potential top five draft pick, especially at left tackle. Stanley, who switched from the right side to the left as a junior, measures out at 6-foot-6, 312 pounds. But he is prone to fundamental breakdowns, including a not-so-occasional holding penalty.
Joe Robbins via Getty Images