Several conservatives, in interviews and on CPAC panels, said that young, right-leaning journalists have the chance to influence the establishment -- or as they say, "liberal" -- media, as well as the ability to launch new sites to broaden the media landscape. They talked about harnessing the potential of the Internet and social media to offer a counter-narrative to the national press, while arguing that the Obama administration and Democratic-aligned organizations aren't being covered aggressively enough. And whether conservatives supported infiltrating the national media or taking a DIY-approach outside the system, there seemed to be a consensus that it's reporting, rather than opining, that will make a difference.

National Review blogger Jim Geraghty, during a Saturday panel, told attendees that with all the tools available for reporting online or starting a blog, it's now a "golden age for conservative journalism." Hot Air's Ed Morrissey, seated next to him, said that conservatives need to increasingly make the transition from commenting "on the news being gathered by other people to gathering the news ourselves" -- even if that means simply picking up the phone to confirm a quote or get a statement. "We need to be used to going out and committing random acts of journalism," Morrissey said.

It's not that conservatives don't already have a number of right-leaning media outlets. Anyone strolling through the CPAC exhibition hall in recent days saw booths from several right-of-center magazines (American Spectator, Human Events, American Conservative, Weekly Standard), a couple newspapers (Washington Examiner, Washington Times) and conservative watchdog organizations (Media Research Center/NewsBusters, Accuracy in Media). In addition to free copies of the latest issues, CPAC attendees could also take home bumper stickers at the MRC table that articulated a commonly held view among them: "I Don't Believe The Liberal Media."

But despite those long-running publications and organizations -- along with National Review and newer online outlets, like the Tucker Carlson-led Daily Caller and Andrew Breitbart's "Big" sites -- conservatives still say there's a long way to go in combating the influence of the establishment media, along with convincing young conservatives that there's a viable career path in reporting.

Michael Goldfarb, a Weekly Standard contributing editor and partner at lobbying firm Orion Strategies, told The Huffington Post that "a lot of conservatives, they want to be involved in journalism, but our heroes are all pundits."

These days, Goldfarb is trying to make a name for the Washington Free Beacon, a week-old conservative news site run by the Center for American Freedom, which he chairs. The Free Beacon is modeled after ThinkProgress, the site run by the liberal Center for American Progress Action Fund. (BuzzFeed's Ben Smith recently reported that it's being launched with "several million dollars," but CAF, like CAP, doesn't reveal its donors). Goldfarb and several other CPAC attendees this past week -- and conservatives in recent years -- also suggested looking to the models of The Huffington Post and Talking Points Memo, two news organizations with roots in the liberal blogosphere now producing original reporting daily.

Matthew Continetti, who also cut his teeth at the Weekly Standard, is editor-in-chief of the Free Beacon, which is already getting attention in the conservative media world. During an interview with Goldfarb at CPAC, Mark Hemingway, online editor of the Weekly Standard, swung by and told him that the Free Beacon is "kicking ass." But Goldfarb isn't only looking for validation from conservative journalists; he says that he'd like to see Free Beacon reporters someday getting poached by the likes of the Washington Post or Politico, not unlike how journalists from left-of-center Beltway magazines like the American Prospect and the New Republic have made similar career jumps in the past.

Last Wednesday, the Free Beacon had some luck breaking into the national news cycle after reporting that Obama campaign bundler and former Rep. Ron Klein (D-Fla.) was also a registered lobbyist. Conservative outlets, as well as NBC News, Politico and the Washington Post, picked up the scoop.

"We're going to focus on the administration, on the Democrats, on the progressive movement, on the left, and I think, honestly, that not a lot of people are doing that," Goldfarb said. (He may have some competition: The Daily Caller published the first part of an investigative series on Media Matters on Sunday night, a 2,700-word piece focusing on founder David Brock and the liberal watchdog organization's relationship to the Obama White House and the national news media.)

"We are trying to do objective reporting," Goldfarb said. "We are not objective in what we cover but we are going to be objective in how we cover it. And look, at the end of the day, when you have the facts on your side, sometimes they just can't ignore you anymore."

Some young conservatives may still hope to go the TV talking head or columnist route. One Friday panel, "The Path to Punditry," was packed with eager CPAC attendees. But during a Saturday morning panel, three journalists stressed original reporting to a mostly college-age audience.

"You want to really make sure you come in as a reporter," National Review political reporter Robert Costa said during a panel on breaking into conservative journalism. Costa said he learned a lot about journalism by interning for PBS's Charlie Rose, ABC's George Stephanopoulos, and regional newspapers outside Philadelphia. He also passed along some advice that a National Review editor once gave him: you're not going to be William F. Buckley, the magazine's founder and an icon of the right.

"A lot of people come into conservative journalism thinking they can be George Will or Charles Krauthammer or WFB," Costa said. "That was the best advice to take me down a notch and to say, 'go out into the field, learn, go to Capitol Hill, put your microphone in a Congressman's face and try to get some stories.'"

"You can't just stay in the conservative bubble," Costa added. "If you want to compete with all kind of journalists -- especially the liberal journalists -- you've got to be able to play their game and do things how they do it."

The Daily Caller's Matt Lewis, another panelist, said his model is to be a "21st century Bob Novak" -- a reference to the late columnist and commentator who mixed opinion with original reporting.

Lewis, who won CPAC's "Blogger of the Year" award, stressed that conservative journalists should also be looking critically at the national media, noting that he recently called attention to inaccuracies in a Reuters story -- or "hit job" -- about Sen. Marco Rubio (R-Fla.). Soon after, Reuters published five corrections.

In an interview, Lewis said that conservative journalists have "all been empowered by the Internet." They can now quickly push back at media reports online and even tweet suggestions or questions to the national reporters producing them.

But Lewis said that conservatives are divided right now over whether to try to influence the establishment media or work outside the system.

Still, Lewis said, "there's also a compelling argument, which is to say, 'the world has changed.'" For that reason, conservatives may decide that "instead of trying to stand at the gates or tear down the wall, and sort of infiltrate the mainstream media world," they may opt to "build [their] own thing and reinvent it."

Indeed, many conservative bloggers aren't racing to work for Beltway political magazines or news sites. During CPAC, some of them even held their own private "blog bash," according to Yahoo's Chris Moody. The event's organizers honored James O'Keefe, the conservative provocateur whose undercover videos helped take down ACORN and some NPR executives. While accepting the award, O'Keefe said "Fuck the media!"

While some conservatives may embrace O'Keefe's rallying cry, others insist that young journalists shouldn't give up trying to make their way into the newsrooms of legacy news organizations, such as the Washington Post.

"Conservatives need to infiltrate," said Ben Shapiro, an author and editor-at-large of the Breitbart sites. "I'm a big fan of infiltration, and I'm a big fan of conservatives getting into positions where they can wield more power. The fact is the old media still wields a tremendous amount of power."

Conservatives At CPAC Search For The Right's Woodward And Bernstein 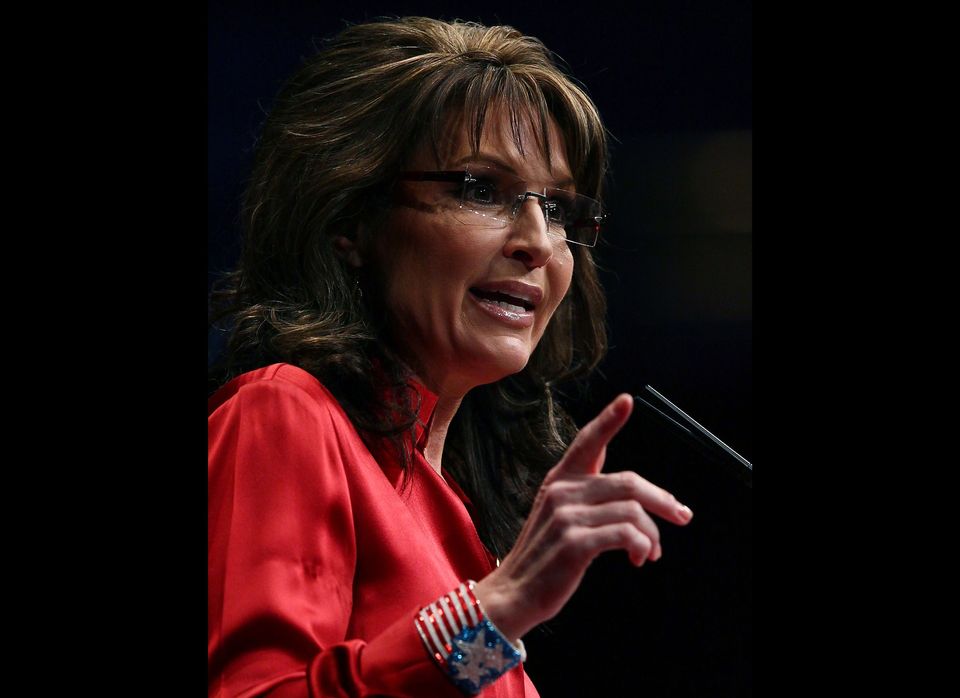