NATIONAL HARBOR, Md. -- Any right-wing confab probing the power of "big labor" suffers from an inherent contradiction: The ranks of unionized workers in the U.S. have never been so thinned, with less than 7 percent of the private sector now belonging to a labor union. A successful anti-union discussion therefore needs to strike a delicate balance, celebrating unions' diminished state while simultaneously insisting they pose as grave a threat as ever.

This rhetorical needle was ably threaded on Saturday morning by anti-tax crusader Grover Norquist, who moderated a panel at the Conservative Political Action Conference entitled "On Wisconsin! Turning Blue States Red." The panel sought to answer a strategic question for the right: "After Wisconsin and beyond right-to-work laws, what’s possible now to free workers and students from unionism?"

While acknowledging that union membership has fallen to a historic low, Norquist began the discussion by claiming that unions are the greatest political force in America at the moment.

"They're not dead yet -- they're in decline," Norquist said. "They raise maybe $7 billion a year in dues. Imagine how much they spend of that on politics. They are the largest political player in American politics and will be for some time. What can we do about it?"

Better known for his tax work, Norquist has quickly become a major figure among anti-union activists through the Center for Worker Freedom, an arm of his group Americans for Tax Reform. Norquist's crew bankrolled the anti-union billboards plastered throughout the Chattanooga, Tenn., area in the runup to the United Auto Workers' ill-fated union vote at a Volkswagen plant there last month.

The UAW's narrow loss, by a 53 to 47 margin, was a stinging defeat for organized labor and a major setback for the union's plans in the South. The UAW has accused Norquist and a host of Republican politicians -- including Sen. Bob Corker (Tenn.) -- of unfairly meddling in the election as third parties and possibly tainting the results.

Many UAW opponents on the right said they were concerned the union's presence would hurt the plant's expansion plans or make it harder to attract new businesses to Tennessee. But one of Norquist's panelists, Terry Scanlon, president of the Capital Research Center, seemed to acknowledge Saturday that the true fight in Chattanooga was a political one. This was the "unmentionable" that Scanlon nonetheless mentioned.

"What is really good here is the unmentionable: There will be so much less money without all these dues, 90-some percent in most cases, going to Democrats," Scanlon said during the panel. "Without the money there, it's not going to happen. This is great news. It's great news."

Norquist didn't dwell on his Tennessee victory, instead steering the discussion toward a larger picture: how the right can fundamentally weaken unions through state legislation. That includes collective bargaining rollbacks like the monumental one carried out by Gov. Scott Walker (R) in Wisconsin in 2011, as well as right-to-work laws like those recently passed in Michigan and Indiana. Right-to-work laws forbid contracts between companies and unions that require all workers to pay the union for bargaining on their behalf, thereby diminishing unions' clout.

The panelists agreed that after seeing Michigan, the cradle of the U.S. auto industry, go right-to-work in 2012, almost anything seemed possible.

"The good news is you have 24 states today with a Republican governor and both houses of the legislature who are Republican," Scanlon said. "You have a shot at right-to-work in any of these states. ... It can be done. It takes time, and you have to set the mechanism up even if you don't have a majority of Republicans."

F. Vincent Vernuccio, director of labor policy at the free-market think tank Mackinac Center for Public Policy, said Republican governors and state lawmakers needn't worry about political repercussions from fast-tracking a right-to-work law through the legislature. Republicans are still standing in places like Indiana, he said.

"When a politician says right-to-work is simply unattainable and they're worried about their job, look at the states that passed right-to-work," Vernuccio said.

Public-sector union membership remains robust, at 35 percent, but anti-union conservatives smell vulnerability. As Norquist noted, the prevailing attitude used to be that "you can't do anything about the public sector." That's no longer the case, particularly after Wisconsin, where most public-sector workers have lost their collective bargaining rights (and where public-sector unions have since lost many of their dues-paying members).

Panelist Reince Priebus, chairman of the Republican National Committee, said that the key to gutting public-sector bargaining rights in Wisconsin was deference to the cause throughout Wisconsin's right flank. It was agreed that they would all share mutually in the glory, Priebus said.

"Americans for Prosperity, Tea Party groups, the GrandSons of Liberty, the 9-12'ers were involved -- it was a total and complete agreement that nobody cared who got the credit, that everyone was going to run down the tracks together and help each other where we could," Priebus said.

Despite such victories, Norquist warned that Obama "owed" something to unions after failing to shepherd through Congress the Employee Free Choice Act, a bill that would have made it easier for workers to unionize. Norquist said it was a political mistake for Obama to prioritize the Affordable Care Act before EFCA, since he could have helped grow the ranks of organized labor to Democrats' benefit. But that failure has left him with a debt to unions, Norquist argued.

"That's why you're seeing the National Labor Relations Board out there putting their thumbs on the scale, and that's going to be a big problem for us in the next three years," Norquist said of the independent agency that enforces labor law. Obama has "stacked" the five-member board, in Norquist's words. (He has appointed three members of his own party and two from the opposition, in keeping with tradition.)

With Democrats holding a majority in the Senate and Obama in the White House, there's little chance of any anti-union laws coming out of Washington anytime soon. But the panelists said they see plenty more opportunity at the state level. When Norquist asked Vernuccio to rattle off some right-to-work targets, he didn't hesitate.

'They're Not Dead Yet': Planning The Demise Of Labor Unions At CPAC
CPAC 2014 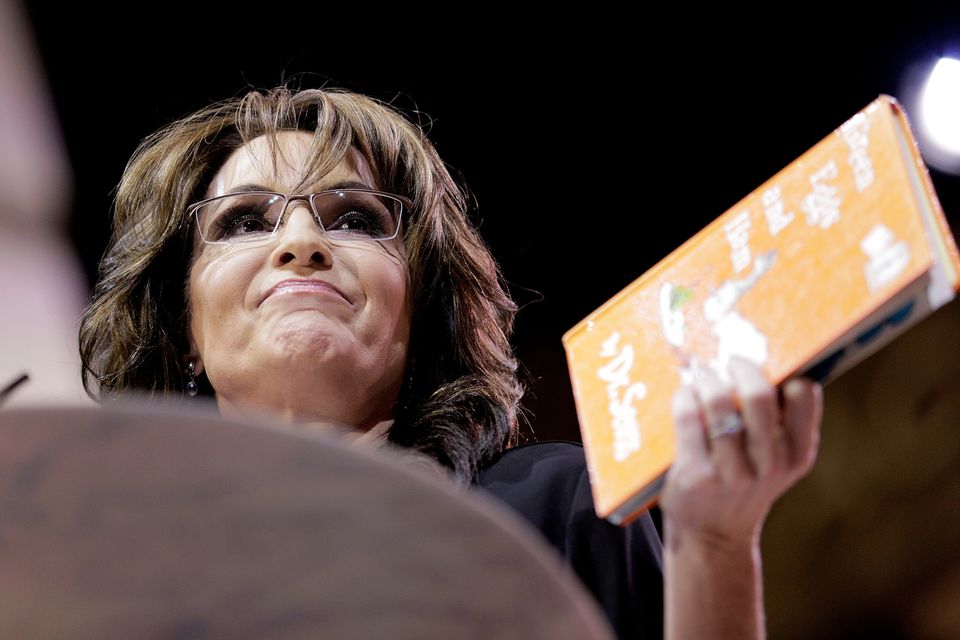