While experts would most likely agree that the undead are nonpartisan in their insatiable pursuit of human flesh, organizers at this week's Conservative Political Action Conference set up a networking event seeking to use the current zombie craze as a celebration of right-leaning politics.

The “Walking Dead” Obama zombies party will take place Friday evening at the Gaylord National Harbor hotel in the Washington, D.C., area. An invitation to the event passed to U.S. News & World Report's Washington Whispers blog on Tuesday notes that participants will receive a Hollywood-quality zombie makeover, apparently inspired by AMC's hit show, "The Walking Dead." The transformed undead can then walk around the "Obama apocalypse," touching their "mingle sticks" together in order to get one another's contact information.

(Click over to Washington Whispers for more on the event.)

Conservatives have attempted to co-opt the undead to insult Obama supporters in the past. Author Jason Mattera popularized the term "Obama zombies" in a 2010 book of the same name, arguing that the "liberal machine" had brainwashed a generation of young voters into supporting the president.

Zombie movies have historically experienced heightened popularity during Republican presidencies, according to data analysis from blog Mr. Science Show. Vampire movies, on the other hand, have been produced with higher frequency when a Democrat is holding the White House. Cracked later tried to explain the phenomenon, suggesting that the political ideologies of voters could lead them to oppose the various legions of undead. 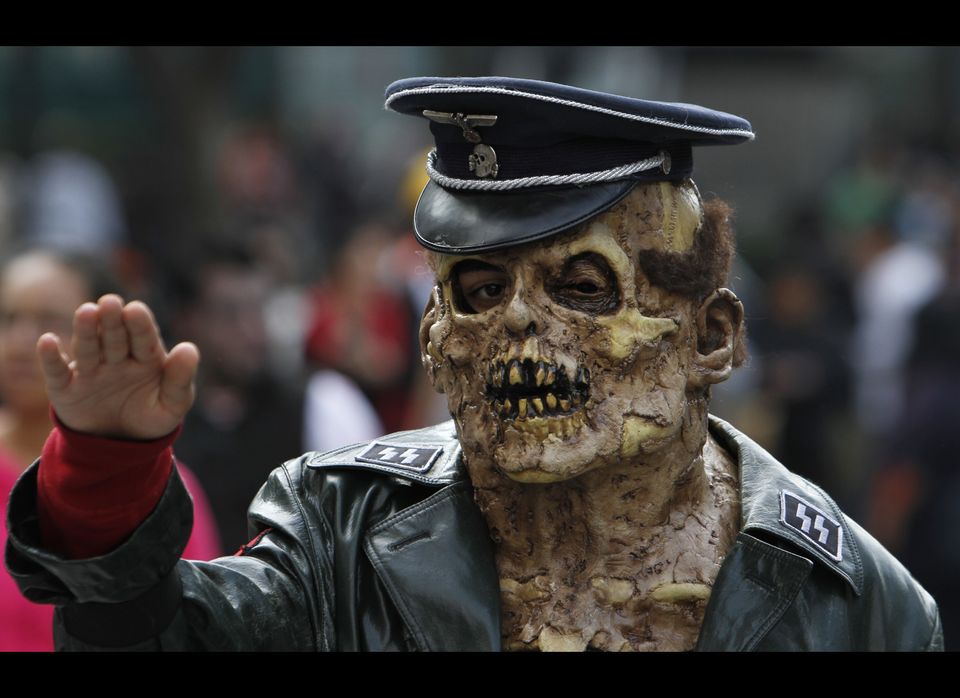 1 / 7
A man dressed as a zombie gestures during the V edition of the so-called 'Zombie Walk' in Mexico City, Saturday, Nov. 26, 2011. According to the organization 'Zombie Walk Mexico', the event gathered over 9,800 participants, breaking the previous record set in Asbury Park, in New Jersey in 2010 with 4,093 participants. Guinness World Records have not officially confirmed if Mexico holds the new record. (AP Photo/Marco Ugarte)
AP