All sorts of arguments are thrown around to persuade parents that shots threaten their children with autism. I'd like to discuss 4 of the commonly repeated concerns, 3 flawed...and 1 that I think has merit.

1)Too many shots can overwhelm a child and cause autism. No!

Babies get more vaccines today than 30 years ago, but if you think that means more things are injected into their young bodies...you'd be wrong! That's because immunizations today are much more purified than those of the past.

For example, in 1980, the DPT shot (Diphtheria/Pertussis/Tetanus) was made from a soup of blendarized bacteria (over 1000 different illness particles - antigens - all mixed together). And, the polio vaccine had live virus that actually protected children by triggering a minute case of...polio! Today, our modern DPT vaccine is highly purified, containing only 3-5 bacterial antigens and the polio shot has absolutely no live virus.

Actually, the current trend to give kids more shots is a win-win for them. They win because they're protected from many more illnesses and because they have fewer antigens put into their bodies.

But, some still worry, "Can too many shots overwhelm a baby's immature immune system?" That idea is pretty close to a baby urban legend.

The immune system is a superb multitasking, fighting machine. Every day, babies are bombarded by thousands of threats: irritating pollen; colonic microbes; bacterial invaders from the skin, eyes, nose, mouth; viral swarms; offending dietary proteins; damaged cells; even tiny, little cancers. The immune system's magnificent ability to protect against many, mild attacks at one time is exactly why most babies tolerate several shots at once with no reaction whatsoever. (In fact, a new theory suggests that allergies and asthma may be on the rise in part because we have made the world so clean it doesn't exercise a baby's immune system enough!)

2)Shots hurt the brains of extra-sensitive children. No!

Each of us has special sensitivities. Some have peanut allergies...some get lots of strep throat....and a very, very few get serious reactions to vaccines. I wish we had a test to detect which infants are susceptible to severe measles or big vaccine reactions, but no such test exists.

The good news, however, is that shot risks are tiny compared to the risks of full-blown illness. For example, influenza and chicken pox hammer the immune system 100-1000 times harder than the impact of the flu or pox vaccines. While most kids breeze through the chicken pox shot, even a mild case of real pox can weaken a child's immunity for weeks to months and lead to ear infections, pneumonia and, rarely, toxic shock syndrome. (And, it can often land an adult in the hospital!)

There is one special case of possible vaccine susceptibility that made headlines last year and became a major new focus for those who claim vaccines cause autism. A 19-month-old child developed autism after getting 5 shots. But - and this is a huge "but" - unlike most autistic kids, this one child also has a rare medical problem - Mitochondrial Disease (MD).

Recently, vaccine avoiders have floated the theory that perhaps many healthy looking kids have hidden MD. They suggest that it may be the combination of vaccines plus hidden MD that is triggering autism in so many seemingly normal children.

But, the research suggests that this is unlikely to affect more than a handful of kids. Here's why:

MD is rare (1 in 5-10,000 children). A Portuguese study found ~93% of autistic children had no evidence of MD (and even that 7% figure has yet to be confirmed). In a recent study, scientists from Harvard and Johns Hopkins could find only 25 children with both MD and autism. And, these kids had serious problems rarely seen in most cases of autism (like, delayed walking, acid reflux, liver disorder, severe fatigue, etc).

Fourteen of these kids seemed to be developing normally then suddenly deteriorated into autism during toddlerhood. But only 1/14 (7%) got worse right after shots. (Had 2 or 3 or 5 kids gotten worse after the shots, one could make the argument that children with MD are at increased risk for getting autism after vaccinations. However, as I mentioned in part 1 of this blog, 7% is very close to the number of cases one would expect to be diagnosed right after shots...just by chance.)

Another dramatic finding of this study argues against a link between MD and the national rise in autism incidence: classic autism spectrum disorder affects many more boys than girls (3-9 times more boys!)...but children with Mitochondrial Disease + autism are evenly split between the genders.

While it remains to be proven that children with MD are more vulnerable to shots, there is no doubt that they are super-vulnerable to illness. In other words, MD kids who skip shots can get very sick, very fast it they catch a vaccine preventable disease like influenza or pneumonia.

This accusation is as appalling as it is ridiculous. Pediatricians labor through 23 years of education; wake at all hours to help worried parents; and desert our own families on weekends and holidays to rush to the hospital to care for sick babies.

In fact, a greedy doctor wanting more money would actually discourage parents from giving their children shots...not encourage it! Why? Because doctors make more money caring for sick kids - needing repeat office visits - than caring for the well.

In truth, the only reason doctors cajole, beg and pressure parents to immunize their children is because we want to protect them - and other children - from the pain and suffering of preventable infections.

I agree that there are too many ties between doctors and big pharmaceutical companies. This must be stopped because it creates the appearance of conflict of interest and the real potential of collusion. However, the record of organized medicine is reassuring. Over the past 30 years, doctors have rejected many vaccines when concerns arose that they were not effective enough or caused unacceptable side effects.

4) Shots can be delayed. MAYBE...but only those risking your child's health.

This is one of the most critical issues facing parents: Are shots a personal choice or a civic duty?

As a pediatrician, I recommend all vaccines, but I suggest parents think of shots as falling into 2 different groups: 1) those given primarily to protect your child, 2) those protecting your child and your neighbors' children.

The first group of shots stops infections like, influenza, rotavirus, hepatitis A, chicken pox and hepatitis B. They help your child but don't give great protection to the community. That is either because the illnesses are very common (spread quickly through your neighborhood even if your child gets the shot) or hard to spread (difficult for your child to give it to others). (Note: Older kids, teens and adults are at risk for hepatitis B. It has caused thousands of cases of liver failure and cancer and so all citizens should eventually get this vaccine.)

The second group of shots stops infections that threaten your child and your community (your neighbor's baby, the elderly, chronic disease sufferers, etc.). These shots include, whooping cough, meningitis (Hib), pneumococcus (Prevnar) and measles. They miraculously halt diseases that are so contagious just one cough, one airplane flight or one germy doorknob can spread them like wildfire through your town.

I believe giving the first group of shots is a parent's personal choice because the suffering you risk is mostly limited to your child and family. Skipping the flu shot, for example, may cause your child to be one of the 36,000 Americans who die from influenza this year, but it probably won't stop a flu outbreak (although it may help to reduce it).

However, giving the second group of shots is an important civic responsibility., because delaying them creates a serious public health risk. By immunizing at least 95% of children with these shots we create "herd immunity" that can totally halt the spread of deadly epidemics in our communities. Herd immunity stymies the spread of disease the way that frequent rain keeps lightening strikes from starting raging forest fires.

Some doctors may fairly argue which vaccines should go into which groups, but the important point is that the shot schedule has some flexibility...it is not written in stone. In fact doctors have repeatedly tweaked this schedule to make it safer and more effective (for example, over the past 30 years, the measles vaccine was pushed from 9 months to 12 months...and now is recommended to be given as late as 15 months of age). However, the second group of vaccines is crucial if we are to protect children in our communities who are too young to get their own shots. Parents who skip these shots may not mean to harm others, but their action significantly increases the risk of avoidable suffering and death to innocent children.

For over 10 years, a huge amount of passion and debate about the cause of autism has focused on vaccines. But recently a totally new suspect has surfaced that warrants investigation as a potential autism trigger. In the last installment of this 3-part blog, I'll discuss the worrisome compounds known as...endocrine disrupting chemicals (EDCs). 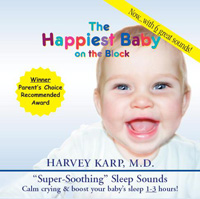 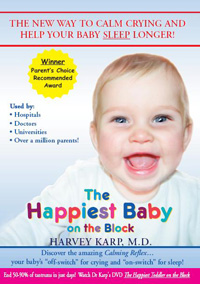 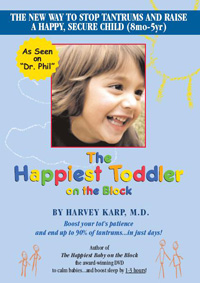