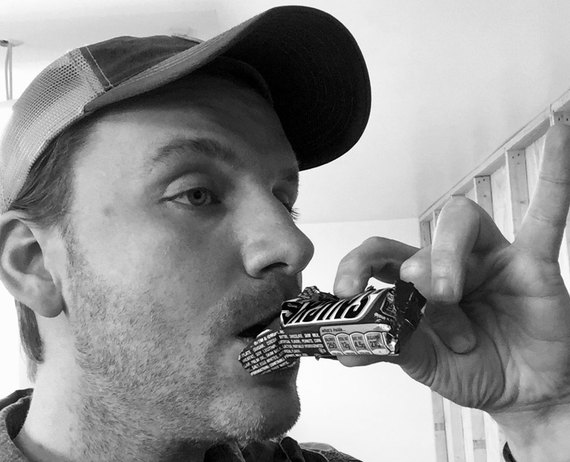 Listen, if you put peanut M&Ms or York Peppermint Patties in front of me, I will DEMOLISH those suckers. Sure, I spend most of my waking (and sleeping) hours thinking about, writing, and tasting bean-to-bar chocolate, but once in a while, Snickers really satisfies. After all, we grew up eating this kind of stuff, and beyond the nostalgia factor, it's designed to be a rush of sugar and fat, just what our body loves.

I'm not alone. Everyone has a few candy bars in their closet. I asked a handful of chocolate makers, chocolatiers, and specialty chocolate store owners about their favorites. And they actually told me! As Anna Stout from Ritual said, "This is definitely tapping into the chocolate maker's deep dark secrets." Read on to see their secrets revealed, in order of most popular candy to least.

Art Pollard, Amano: "with white chocolate so that it doesn't have any Hershey's milk chocolate in it"

Todd Masonis, Dandelion: "I ate so many of these as a kid, and even now on Halloween I'll try one or two for nostalgia. Though I have to say they taste much better in my memory!"

Hallot Pearson, Escazu: Escazu makes their own peanut butter cups, but apparently Hallot still buys a pack of Reese's now and then.

Lauren Adler, Chocolopolis (specialty store and chocolatier): "I have a wonderful store full of our own confections that I can enjoy any time, so I would never purchase these candy bars. If I'm at an event and there are some in a bowl on the table, I'll eat them, but I wouldn't purchase them."

Robbie Stout, Ritual: "They always tempt me at Home Depot when I'm buying stuff for the factory. They're also good in the middle of a long bike ride when I have to stop at a gas station for water."

Charley Wheelock, Woodblock: He says he only eats them from his kids' Halloween supply or when he visits the hardware store. "Or if I want to put on airs, I eat a Cadbury Violet Crumble that my father in law sends from Australia!"

Kim Hack, Cocoa & Co. (chocolate cafe and store): " I've been known to scarf down a bag of peanut M&Ms while no one's looking"

What's your favorite? Especially if you're a bean-to-bar maker or chocolatier, or own a specialty shop or sell craft chocolate, I want to hear from you! Email me at megan@chocolatenoise.com or tell me on Facebook or Twitter and I'll include your comments in the next Chocolate Today!

Fruition Chocolate: All About the Flavor
French Broad: A Sense of Place

More:
white-chocolateChocolateAskinosie ChocolateTaste craft-chocolate
Newsletter Sign Up
The Morning Email
Wake up to the day's most important news.
Successfully Subscribed!
Realness delivered to your inbox