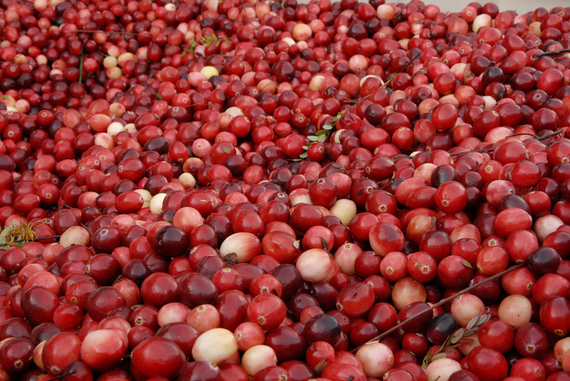 Cranberries, the little red berries from North America, are not effective for curing urinary tract infections. This piece of information is bound to disappoint the women who have been swallowing cranberry capsules for years in the hope that it was. But, alas, this is what science shows.

These results were published on October 27 in the prestigious medical journal JAMA. For the experiment, older women living in nursing homes were administered cranberry capsules for a year, while others were given a placebo pill. The comparison did not reveal any significant difference in the presence of bacteria in their urine.

This work is the latest example of publication of a study yielding results that were the opposite of what was expected.

In the editorial that was published in the same journal, a Canadian researcher acknowledges this disappointment and writes that cranberry once constituted a nice hope in the fight against urinary tract infections, but that it is now time to move on to something else.

This proves that a so-called "negative study" is anything but useless.

Negative studies like this one are scarce in scientific journals today. Indeed, researchers tend to practice self-censorship; they don't even submit negative studies for publication. So my colleagues and I have created an online journal exclusively dedicated to the subject, called Negative Results.

We four founders are all young French researchers in biology: Antoine Muchir, Rémi Thomasson, Yannick Tanguy and Thibaut Marais. We're motivated by the same purpose, namely that scientific quests resulting in failure should be considered for what they are worth. And their results should be accessible to everyone.

Leading international figures have joined our editorial committee and will help us guarantee the quality of the publications that will be put online. The American Alzheimer's researcher George Perry, from the University of Texas in San Antonio, has decided to join our team, as has Columbia University nephrologist Simone Sanna-Cherchi. We aim to publish our first research articles by the end of the year.

One year ago, the four of us were sitting in an amphitheatre at Pierre and Marie Curie University, in Paris. A colleague was defending her PhD thesis there. In our field, a thesis represents three years of strenuous work spent between lab benches and computer screens.

The point is to verify an original hypothesis, which quickly leads to a multitude of secondary hypotheses that must also be tested. All these experiments must result in scientific publications if doctoral students want to earn recognition from the scientific community and to make progress. Their future careers largely depends on this.

On that day, the future doctor in biology passed with distinction. But, despite the quality of her research, she had failed to publish a single article in peer-reviewed journals. Why? Because the results she obtained did not confirm her starting hypothesis. She had invalidated her hypothesis, demonstrating that it was false.

Not duplicating experiments to no avail

It seemed inconceivable to us that this student's considerable work and effort should leave no trace in the field of research and that no one beyond us, the audience of that day, should ever know that the lead this researcher had followed led to nowhere.

What if another researcher tried to undertake the same project tomorrow, only to end at the same impasse? In biology, taking into account the equipment and the researcher's time, one year of research costs an average of €60,000. It is costly to duplicate fruitless experiments.

Negative Results emerged from the shared idea that there must be a way to avoid such waste. Publishers frequently say that "negative" data fails to draw readership and is therefore of little value to the journal because it limits its impact and citations. We are of a different opinion: even invalidated hypotheses must be made available to everyone.

On occasion, negative studies do get published, like JAMA's debunking of cranberries' medicinal uses. But it's just the tip of the iceberg. According to a 2014 article in Nature, only 20% of negative studies see the light of day; the other 80% remain in the shadowy depths.

We do not deny the fact that some efforts have been made in recent years to overcome this difficulty. The open-access publication mode has reshaped the landscape of scientific publications. And, here and there, journals do accept negative results.

But in 2007 the United States made it mandatory for pharmaceutical laboratories to publish the results of all their trials on a public register. The European Union voted for a similar ruling in 2014, but it is not yet in force.

Despite these improvements, the results are published as simple data, not as easy-to-understand, argued and annotated publications. In addition, this progress concerns only clinical studies. As for fundamental and pre-clinical studies, there is very little out there.

The disdain for negative results lead to the impoverishment of scientific knowledge, and mobilises resources (time, personnel, money) in vain. These are regrettable, but there are worse implications, too.

Sometimes, the fact that negative results are not published constitutes an ethical breach. In the private sector, start-ups and pharma labs are conducting cell and tissue experiments to test certain molecules, only to find that they are ineffective, or even toxic. But more often than not, even though these results would further scientific knowledge, they are not published. Without having this information, how do we know the development of these molecules is stopped?

We might be idealists, but we are certainly not utopians. Rather than penalising researchers who produce negative results, or pointing a finger at them, we offer them a gratifying alternative. We hope that the creation of Negative Results will help people realise interest in all results, negative as well as positive.

We aim to provide a database that both researchers and pharmaceutical companies can consult to optimise their research. They will thus be able to meet the expectations of society, namely to further knowledge in all the fields of biology of the living, while preserving the health and integrity of patients who agree to participate in clinical trials.

Voting Made Easy
Register to vote and apply for an absentee ballot today
Register now
More:
healthy livingresearchJAMAurinary tract infections
Newsletter Sign Up
The essential guide to taking care of your mind and body
Subscribe to HuffPost’s wellness email
Successfully Subscribed!
Wellness delivered to your inbox