A same-sex couple are featured prominently in the latest edition of the Illinois-based home furnishing retailer's "January Inspiration 2013" catalog. The caption alongside the photograph, which appears in a section titled "Us &Always" depicts two men at a dining room table eating pasta and sipping wine, reads, "Spend a Saturday night at home, cooking together, dining together. Music, candlelight, and a good bottle of wine, and you can have the table as long as you like."

Check out the photo from the catalog below, then scroll down to keep reading: 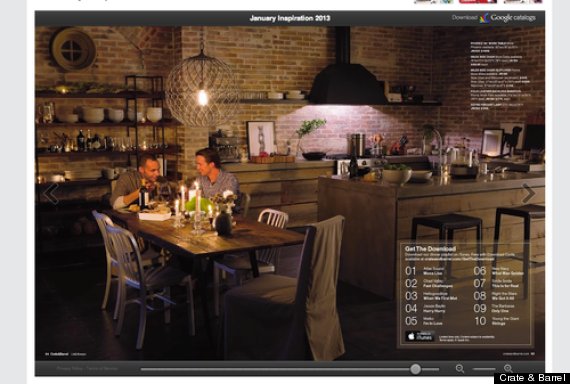 The "Us & Always" section is devoted to kitchen accessories such as pasta makers as well as dining furniture. View the full spread here.