Have scientists found all of Earth's impact craters? A surprising new study suggests that, indeed, that's the case -- at least for the big ones.

The study, conducted at the University of Freiburg in Germany, shows that our planet has 128 impact craters bigger than six kilometers in diameter. That tally is shockingly low given how many such craters have been identified on other bodies in the solar system -- such as Mars and our own moon.

The number was so unexpectedly low that Dr. Stefan Hergarten, a geophysicist at the university and study co-author, told The Huffington Post in an email, "Admittedly, it even took us some time to be confident in our own result. 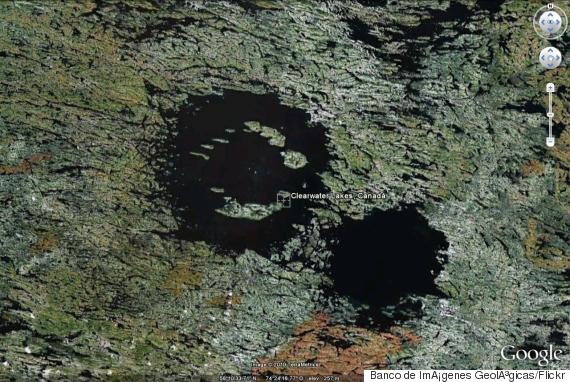 The Clearwater East crater (now a lake) in Quebec, Canada, that may have formed about 290 million years ago. New research suggests that all of the large impact craters on Earth have already been found.

For the study, Hergarten and a geologist at the university, Dr. Thomas Kenkmann, considered the frequency of asteroid impacts on Earth with the pace of erosion in different regions (which could either fill in or break down a crater).

Then the scientists used the combined data to estimate the number of impact craters and compared the estimate to existing crater reports. They found that the number of craters discovered matches up with their estimate.

"Our study shows that erosion on Earth has been fast enough to destroy all the large craters except for those already found," Hergarten said in the email. "I think some more might be found, but it is like lottery."

What do other scientists make of the study? Dr. Brandon Johnson, a planetary scientist at the Massachusetts Institute of Technology in Cambridge, who was not involved in the study, told Science magazine that he too was surprised by the finding.

“It’s the first time anyone has done this kind of thing -- taking into account the effects of erosion," he said. But, he added, the new study examines only craters at or near the planet's surface--and there may be more craters that have become deeply buried.

Hergarten and Kenkmann acknowledged that there may still be small craters waiting to be found. In fact, according to their data, more than 90 craters that range in diameter from one kilometer to six kilometers are yet to be discovered.

The study was published online in the journal Earth and Planetary Science Letters on June 12, 2015.