Yeah, yeah, we've heard it all before: "No, seriously dude, my ex is CRAZY." And maybe you're right. Just remember that no matter how much he texts you, no matter how much she shows up on your doorstep in the rain at 1 a.m. -- your ex STILL isn't as crazed as these whack-a-doos. 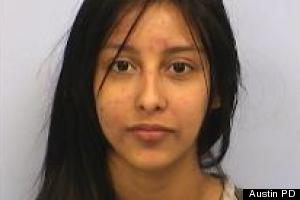 After her boyfriend of three years, Ryan Boyd, broke up with her, this 22-year-old from Austin allegedly didn't waste any time unleashing her inner crazy. Boyd's phone records show McClain called him up to 750 times a day and sent between 20 - 100 daily text messages, threatening to make his life miserable.

She also sent him some blank text messages. You know, just to show that she was thinking about him.

It wasn't until three months after the break-up, though, that police say McClain really took things to the next level. In November 2012, she allegedly drove to the home of Boyd's mother and ran over the woman -- who, thankfully, survived -- with her car. 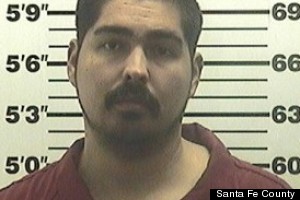 This New Mexico shoe salesman is accused of breaking into his ex-girlfriend's home in February and asking to smell her feet, because apparently the foot smell of his clientele was not enough.

The woman said no, but that allegedly didn't stop Anaya from grabbing her foot and chomping down to the bone, biting off a chunk of her left big toe.

So why had the woman broken up with this guy to begin with? Months earlier, she says, he had tried to bite off her other big toe. 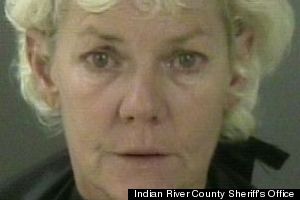 OK, so this Florida lady was technically still married when she walked in on her husband with another woman last January, but we imagine she became an ex rather quickly when she allegedly responded by pooping on the floor, then going an on armed rampage through the house.

After both urinating and defecating on the floor, the 51-year-old grabbed a rifle and began to annihilate the home's mirror, pictures and Christmas decorations, her husband said.

When questioned about her activities, cops say Schumann posed the question, "I found him in bed with a naked chick; what was I supposed to do?" 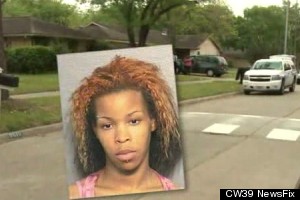 Seriously, don't let your ex drive anywhere near your loved ones. This 26-year-old Houston woman was pregnant when cops say she deliberately smashed her car into her ex-boyfriend's new girlfriend -- who was also pregnant -- pinning her against the wall of a house.

The victim had to have her foot amputated, but her unborn child was OK. The man in the midst of this love triangle seemed pretty nonchalant about the whole thing.

"They just don't like each other," he told a local news station in March. "I don't know if it's because of me or what. I mean, I am pretty handsome." 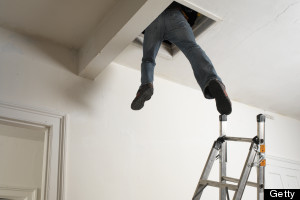 They say that on some level, your loved ones will always be with you.

For a South Carolina woman named "Tracy," that level is the attic. Last September, Tracy discovered the mysterious noises she heard coming from above her bedroom ceiling were actually caused by her ex-boyfriend.

The pair had split more than 12 years ago, but after his release from jail, he apparently thought it would be a good plan to sneak into Tracy's home and make camp in the attic.

Oh yeah, he also rigged the ceiling vents so he could watch his former lover from above.