"Above all, do no harm" -Hippocrates

In school we learned the familiar history of medicine-sound science, learned doctors and lifesaving advances. But that's not how it happened...

From the ancient Greeks to the time of Lincoln, medicine actually did more harm than good. Greek physicians of twenty five hundred years ago were at least as competent, and surely less destructive, than the doctor/astrologers of the Middle Ages, or the pompous windbags of the Renaissance, or, worst of all, the medical wrecking balls of medicine's "Heroic Age", not so long ago. Only in the 20th century did medicine finally regain its stride, too late for most.

My new book, Strange Medicine: A Shocking History of Real Medical Practices Through the Ages, focuses exclusively on real physicians practicing real medicine, and an honor roll of doctors, scientists and dreamers whose twisted thinking and gut-wrenching procedures sent medicine down its winding road to nowhere.

Below is a brief sampling of the medical history your teachers never taught you: 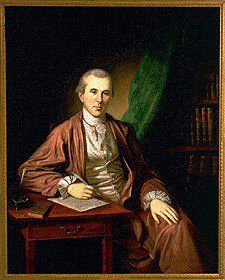 1 / 12
Benjamin Rush
Treasurer of the Mint, signer of the Declaration of Independence, author of medical textbooks, Benjamin Rush was America’s best known and most trusted doctor. In his thriving private practice Dr. Rush doused patients with cold water in the winter, gave them “artificial diarrhea” and bled them-in Mr. D.T.’s case, four gallons. Rush’s biggest contribution was in the area of psychiatry. Believing mental illness to be caused by bad circulation to the brain, he “twirled” patients from ropes suspended from the ceiling, for hours on end. He also invented the “tranquilizer chair," employed all over the world. This innovation restrained a patient’s hands and feet, covered his head with a wooden box and had a hole cut in the bottom, for bodily functions. Believing that pain and suffering were curative, Dr. Rush beat, starved and verbally abused his patients, and poured acid on their backs. He cut them with knives and kept the wounds open for months or years, to facilitate “permanent discharge from the brain." Known as a strong advocate for the humane treatment of the mentally ill, his likeness still adorns the seal of the American Psychiatric Association.