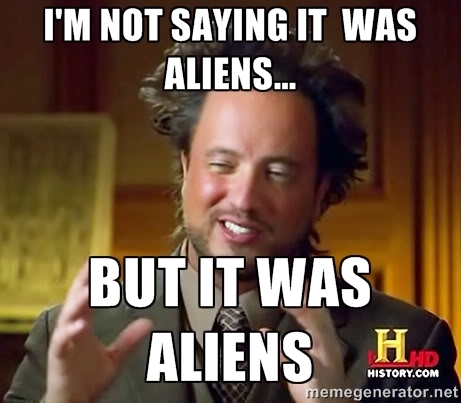 Illinois might just be one of the most UFO-crazy states in the nation. Using data from the National UFO Reporting Center and the Mutual UFO Network, Metrocosm has created an interactive map that includes more than 90,000 reported UFO sightings dating all the way back to 1905.

Unlike Rachel, Nev., Illinois isn't considered a go-to destination for ET enthusiasts hoping to catch a glimpse of some paranormal activity. But according to Metrocosm's map, UFO hunters might have a better chance at spotting strange lights in the skies of Illinois than anywhere else in the country.

Six of the 10 most corroborated UFO sightings in recent U.S. history have occurred in Illinois, says Max Galka of Metrocosm. Galka assumes the more witness reports there are, the more credible the UFO sighting. Take a look at the map below. The size of the circle represents the number of witness reports. 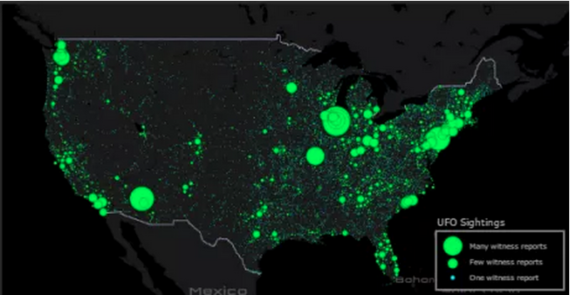 Six of the 10 most-corroborated UFO sightings in the U.S. have happened in Illinois. Here are three: 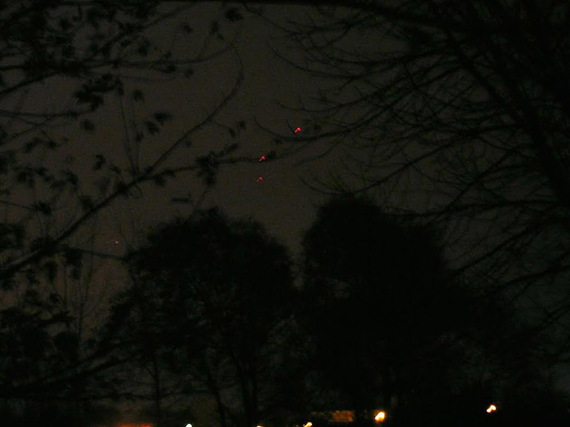 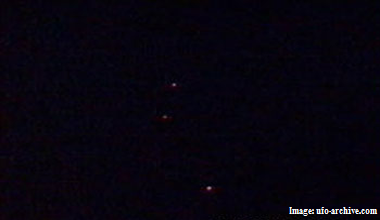 At about 8:00 p.m., Oct. 31, 2004, three bright red lights were seen in the eastern sky. They started out in a gradual "L" formation. They were moving very slowly. There was no noise, like an airplane or helicopter would make. It then seemed like they were moving closer to one another. They moved into a perfect "L" formation, then a straight vertical formation, and then a triangular formation (one at the top two at the bottom). Then, the top light seemed to fall quickly out of place, going straight down. And eventually you couldn't see it anymore. It seemed to disappear. The other two kept moving slowly, not changing positions. Then they seemed to gradually move away from one another. It was a cloudy/foggy night, so the other two eventually disappeared. Then at about 9:20 p.m. that same evening, another bright red light was seen moving east, all by itself. It was only visible for a few minutes, then disappeared. 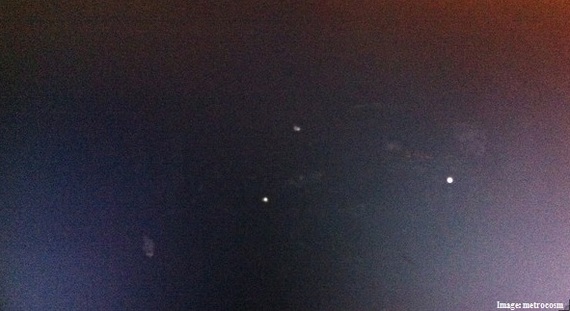 Check out three more Illinois UFO sightings considered by some to be very credible.

NEXT ARTICLE: 10 Illinois laws every resident should know

RECOMMENDED:
Download
Calling all HuffPost superfans!
Sign up for membership to become a founding member and help shape HuffPost's next chapter
Join HuffPost