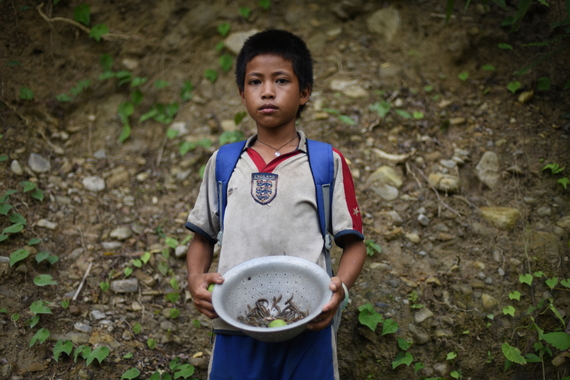 One of the silent crises confronting our world today is the pervasive and unprecedented degradation of biological diversity on our planet. Consider that the current extinction rate is more than 1,000 times the baseline extinction rate. According to IUCN, 18,788 species out of 52,017 assessed are facing extinction. Of the 5,490 mammals found in the world today, 78 are already extinct in the wild and another 728 are endangered. Imagine that of the world's 6,285 amphibian species, 1,895 are endangered. As the Pulitzer-Prize winning author, Elizabeth Kolbert noted in her book, The Sixth Extinction, the current trend, represents the greatest mass extinction event since the dinosaurs were wiped off the planet 65 million years ago, between the Cretaceous and Paleogene eras. What will the world look like fifty or a hundred years from now when so many species will be gone? What will it mean for the ecosystems and life cycles on the planet?

While the degradation of biological diversity is sometimes lumped into the catchall of 'climate change,' both biodiversity loss and climate change can both be attributed to a deeper root cause, namely the destruction and fragmentation of wild habitat, especially primary forest. In Asia alone, the amount of deforestation that has occurred in the last few decades, has been nothing short of catastrophic. The numbers speak for themselves: Consider that between 1990 and 2010, Malaysia lost 8.6 percent of its forest cover or 7,413 square miles of primary forest in 20 years. In China, less than 1 percent of its forest area remains under protected status. What few forests exist are usually no more than wood lots, with hedged rows of trees being grown for commercial wood.

Indonesia has been the frontline in the struggle against deforestation. As late as 1900, the country was still a densely forested landscape, with 84 percent of the land area covered in tropical forests, harboring some of the most incredible biodiversity in the world. Indonesia's coverage of 170 million hectares in 1990, fell to just 100 million hectares by the end of the 20th century, as forest was replaced with palm and rubber plantations. The story is the same across Asia, whether Cambodia's Cardamom mountains, the Tonlé Sap in Myanmar, or the rainforests of Kalimantan in Borneo. One need only glance at photographer James Hilton's work documenting the destruction of the Leucer ecosystem in Aceh, to see and feel the devastation that is occurring in the geological blinking of an eye.

The damage doesn't stop at the coastline. According to WWF, one-quarter of coral reefs worldwide are already damaged beyond repair. Globally, 70 percent of all coral reef are threatened, and several reports have sited that by 2030, there may be no Great Barrier Reef left in the world. What will the world look like when coral reef is gone, except in aquariums? What will be the impact on the global water cycle and on aquatic species, which have already plummeted due to overfishing, sedimentation, pollution, and acidification of oceans due to climate change.

What is driving this extermination of primary forest, coral reef, and biological diversity and what can we do about it?

A major cause of deforestation has been the lack of sustainable economic alternatives. Across Asia, hundreds of millions of rural people, especially youth, are struggling for a basic livelihood, and that many of the forests, consequently, are being destroyed in favor of raw extraction of natural resources, to meet daily livelihood needs. Cutting down forest in favor of palm oil, rubber, coffee, and other 'mono-culture' cash crops which are perceived to provide more regularized, predictable income in a globalized market economy, is another major factor driving habitat loss.

In the context of Nepal, the story is not much different. According to the UN State of the World's Forests Report (2007), between 1990 and 2005, the country lost 4,500 square miles of forest, or one-fourth of its total forest coverage in just 15 years. This was due largely to haphazard urbanization secondary to rural road construction, the lack of sustainable economic alternatives, inadequate environmental education and agro-forestry related support to farmers, and the complete absence of an economic model that incentivizes biodiversity and habitat conservation at the village level.

What is astounding is that even as huge swaths of forest are being cut down in the country, according to WWF, between 1998 and 2008 alone, 353 new species were discovered in the Himalayas, which is equal to the discovery of 35 new species each year. The tragedy of this is that some species that go extinct in the coming years, will never even have been discovered or known to science.

Confronted with such challenges, can anything be done to avert dangerous tipping points? What are the models to emulate and how can conservation of biodiversity and habitats be incentivized using policy and economic levers? What are the scalable ideas that can create real change on the ground, but also meet the scale of the problem?

In Nepal, where more than 85 percent of the country practices agriculture, what is the role for farmers in conservation? In a youthful country where 34.6 percent of the population is under the age of 14, what is the proper role of youth and the education system?

The eastern region of Nepal comprises one of the world's 34 biodiversity hotspots, with more species found here than most places in the world. This biological diversity is predicated on the intense physical heterogeneity associated with the Himalayan range, which has given rise to 118 different forest types and 27 important bird areas (IBAs). The 'island biogeography' effect, usually discussed in the context of oceanic islands, can also be observed in Nepal, where the folds of the terrain give rise to many, isolated micro-climates depending on exposure, rain shadow and other factors.

Two years ago, as a response to the biodiversity emergency facing Nepal and the world, in thinking about the proper role of education in safeguarding the environment, I helped co-founded KTK-BELT, with Canadian Architect Priyanka Bista and local teacher and conservationist Kumar Bishwakarma, to build a continuous forest corridor from Koshi Tappu (67 m.), Nepal's first RAMSAR site and largest aquatic bird reserve, to Mt. Kanchenjunga (8,586 m.), as an 8,000 m. 'vertical university' to teach and conserve the more than 6,600 flowering plant species, 1,200 angiosperms, 800 bird species and 180 different kinds of mammals found in eastern Nepal.

The 'vertical university' was born from the simple proposition that in a mountainous country like Nepal, where there is exceptional diversity from the tropical plains to the alpine Himalayas, conventional education paradigms where students sit in a stationary classroom, divorced from their surroundings, make little sense. The "professors" of the vertical university may not hold a Ph.D. or even have set foot in school, but as local farmers, they possess intricate, inter-generational knowledge regarding native species and habitats which is critical for Nepal's youth to attain.

The vertical university will deepen place-based skills in sustainable technology, craft, and medicinal plants, and seeks to conserve and to stimulate local knowledge while also creating sustainable livelihood opportunities. It does this through establishing "learning grounds," which are micro-conservation hubs -- the "classrooms" of the university at different locations across the landscape, each offering something new.

Nepal is a paradoxical country. Everywhere there are shortages of energy, water, fuel, and supplies. Yet few places in the world are endowed with more natural resources, physical diversity, and diversity of culture and languages. It's also a country where education is deeply valued. Putting all of this together, it is the perfect melting pot to realize an idea like this.

If successful, the 'vertical university' is a model that could be replicated across Asia. An inspiration for this initiative was the "Re-Wilding Europe" project in the Netherlands, which sought to create a land trust to revive lost species, including the mastodons, and which will cut through different countries in Europe. An Asia BELT could be comprised of different learning grounds, each doing its bit at a local level to conserve species and sub-species agro-biodiversity.

About 28 days ago, we launched this Kickstarter campaign to build a prototype of the 'vertical university' in Morang district. More than 240 people from around the world have since joined the movement and contributed $101,443 to create a KTK-BELT youth fellows program and to develop an agro-diversity seed bank, educational plant trail and bird conservation zone, among other projects. The link is still live for two more days.

Those wishing to learn more can visit the KTK-BELT website. Progress on the 'vertical university' will be tracked on a new website, theverticaluniversity.org, which will be live on February 26, 2016, and on our Facebook page.

The great conservationist Aldo Leopold once said, 'To keep every cog and wheel is the first precaution of intelligent tinkering.' Acknowledging that we are undergoing a mass extinction as has only occurred a handful of times in the planet's history, we must strive to 'keep every cog and wheel' until we can implement better social, political and economic systems, which conserve biodiversity and the habitats which sustain it.

What better place to begin than Nepal.