Creating an internet presence requires more effort than building a website and hiring a geek to manage your Facebook page. And don't think you can learn about it in a two day seminar. That would be like thinking you could cap the BP spill with a toothpick. Just like you can not learn leadership skills at a 3 day retreat you will not create a true sustainable presence on the internet by delegating it to tech geeks and gurus.

The first thing to understand is the enormous and massive opportunity. Estimates suggest the internet will have just under 2billion unique visitors this year with 4.2billion unique internet addresses, housed in some 44+ million servers that consume 5% of the world's electricity. Amazing it comprises some 40 million gigabytes of information which only weighs 56 millionths of a gram. Some 90 trillion emails in 2009 of which 80% were spam come from some 235 billion different websites. The point of all these facts is that you must think in terms of a universe that is massive, yet weighs nothing. For a company or individual to create a presence in this vast universe and then maintain that presence it will take more than a fancy website, a techno-geek, a guru, a Facebook page, a tweet or two and a few video testimonials on YouTube. 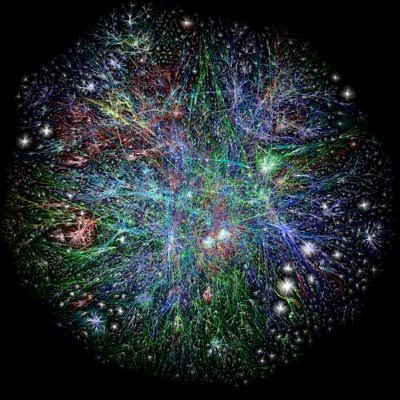 First let's dispell some myths:
1) No one guru can create a presence for you.
2) You can not delegate this activity.
3) The internet is bigger than a department.
4) SEO, Social Networking, Blogging, Video do not stand alone as efforts.
5) It does not cost 100's of thousands of dollars.

Your internet presence initiative will require a massive effort of resources in order to create, maintain and sustain a presence that generates real clients and real money for your company. You will have to utilize all social media not one or the other-- FBook, MySpace, Flikr, LinkedIn, Buzz and whatever else is to come. Then you will be forced to blog and write articles for like minded sites, tweet and use video sites to disseminate, (not advertise) information that is useful, maybe even secret and then do it in a way that is entertaining. And close out these efforts by engaging traditional efforts like TV and radio to bring even more credibility and life to our efforts.

After multiple frustrated meetings with high priced gurus I committed to travel into this new universe and explore it for myself in order to grow my presence on the internet. The first thing I did was get my websites in place so that they were a place for people to come to find out about me and my company. This should be considered the passive creation of your presence. I then created multiple websites centered around me, our products, our services, our area of expertise and any other endeavors or achievements associated with those sites in order to increase my footprint.

The next steps required the entrepreneurial think and actions where you will take every social media site available; Facebook, MySpace, LinkedIn, Buzz and others and USE them to gather people that are interested in your products and services by building fans and followers. The way to do this is to give your audience information that they find valuable and useful. Social media is like creating a place for people to gather. People want to be entertained, feel good, be right, make good decisions, know things others don't, stay connected, make money, save money, hear the latest gossip, and be on the 'in'. For social media to work you have to be entrepreneurial, creative, engaging and entertaining. Understand the internet is about people not technology.

Now you are going to combine the social networking with Blogging, where you write information articles for like-minded websites that have similar interest and also launch as much informational video/visual content as you can on You Tube, Daily Motion, Veoh and the likes. Obscurity is your problem with the internet. This combination of active efforts will get you a footprint in the internet universe and the more creative, consistent and relentless you are the greater your presence will be and the more attention you will get.

After a just a six month push on the net using the actions above our followers increased 10x. About the same time I received a call from world class Wiley Publications who had discovered some of my blogs and offered me a book deal. That book, If You're Not First, You're Last, recently became a New York Times and Wall Street Journal Best Seller. Just weeks later, I got a call from a television production company in New York stating they had been looking for someone with my skill set for a television show and that they had found video of me on YouTube. We just finished shooting the teaser to pitch to the networks.

Anyone can get a presence once you understand these four things:
1) You can NOT delegate this activity.
2) It is way bigger than you imagine.
3) The Internet is about technology, it is about people.
4) No single effort or action will get you what you want. You will utilize all of them.

I recently heard a consultant state to a mutual client that he was evaluating Facebook. I thought to myself, 'you are dead and don't know it yet.' The client asked me what I thought and I told him,

Facebook and YouTube have been the single best things that ever happened to my business. Facebook by itself has more users than the entire population of the United States and I would like to know them all.

After just a bit of work we are in better communication with our client base today than ever before and have now horizontally extended to individuals and companies both here in the USA and around the world. The feedback received from them is proving unbelievably valuable allowing my company to create new products and solutions that comes from the constant communication and feedback. At the beginning of the year we introduced an virtual online product that is screaming and about to release a new phone app for sales professionals, all as a result of this new internet presence.

This internet thing is much bigger than anyone understands and the biggest mistake people make is not to be on it and not USE it. Second mistake is not to have each of your people be an extension of your presence. The third biggest mistake is the incorrect estimation of effort required and how many different fronts you must attack. You ain't delegating this one unless you have someone in your organization that has more entrepreneurial juice than you do.

Grant Cardone, NY Times Best Selling Author of If You're Not First, You're Last