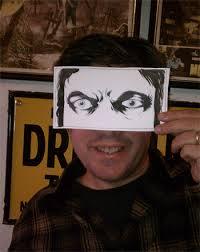 Kelley Jones is easily one of the most recognizable artists to have ever drawn Batman. Infusing his artwork with moody ambiance and a heavy influence from Universal and Hammer horror films, his Batman tended to be a Gothic image, with disproportionately long ears and an infinitely complex cape, rather than a "realistic" depiction of a man in a costume.

It is no small irony, then, that one of Jones's first assignments with the character was the Batman and Dracula: Red Rain graphic novel (published in 1991), an alternate-reality tale of Batman becoming a vampire in order to take down Dracula himself. The book lead to two sequels, steady work as a cover artist on the various Bat monthly titles, and, ultimately, an invitation to be the regular artist on Batman itself, from 1995 to 1998. He's occasionally returned to the character in the decade-and-a-half since, but his Bat-depiction has already been well preserved in the history books.

I never thought I did a version that was one of the definitive ones until much later, and if I had tried to do that at the outset, I would have failed. When I drew him, I wanted an angle to pivot from. I thought of the terror he had vowed to bring to the world, which was dominated by crazies and psychopathic criminals. He soon became a shape and a shadow, blending into the dark, seeming to come from the place even all of these insane villains feared. His cape, then, became a living thing, and the size of it grew; his cowl, a mask of furrowed black lines around clenched teeth and narrowed eyes. I didn't sketch or work this out; it just appeared fully formed on the page.

Batman's world is a labyrinth of possibilities -- such a rich atmosphere to play in. A page from a Batman story should be recognized by the reader as a page of a Batman story whether Batman is on it or not. It should drip with Batmaniness.

The only pitfalls are if you repeat yourself. I loved decorating the pages, and I did that so not to have Batman look like any other comic. 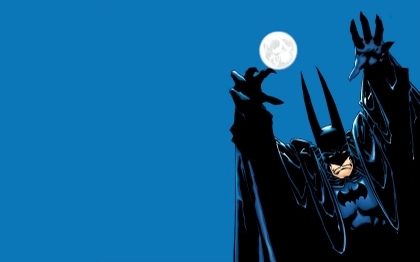 What was the most difficult or challenging sequence that you had to illustrate during your Bat career?

Scenes where it didn't feel like a Gotham City logic was happening. Batman is not like any other character -- none of them. So when it felt like a Spider-man or Daredevil comic, I would weird it up, make it like an old horror movie by Universal or Hammer Films.

What do you hold to be the greatest single element of cover work?

That it tells part of a story ,but not all of it. A cliffhanger. Lurid like an old B-picture movie poster or pulp paperback cover. The picture has to stand alone -- not a pin up per se, but an image that impresses the character's nature in the action.

There are too many connected Bat books. Have as many as can sell, but have each creative team do their own thing. Let readers get some, all, or one, but make sure all the Bat titles are unique to themselves. Comics are eccentric and should stay that way, and Batman is the most eccentric of all.