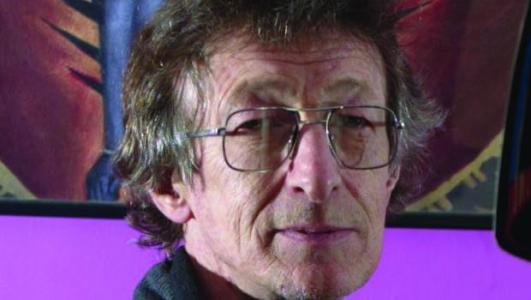 Alan Grant got his start in the British comics industry (his being Scottish and all), cutting his teeth rather quickly on experimental, edgy titles, such as the seminal 2000 AD and Judge Dredd. His more introspective writing style eventually caught the attention of DC Comics, who brought him aboard the various Batman comics, starting with Detective Comics, in 1988.

Grant instantly partnered with artist Norm Breyfogle on his Bat-venture, and the two proceeded to launch a years-long campaign of creating a whole slew of new Bat-faces, many of which continue to populate the comics, animated series, and films to this day: the Ventriloquist, Mr. Zsasz, Amygdala, and the teenage anarchist Anarky.

The pair proved to be so successful, a brand-new monthly title was launched specifically for them (and to coincide with the release of the second Tim Burton movie, Batman Returns, of course) in 1992: Batman: Shadow of the Bat. The comic ultimately proved to be not as long-lasting as its brethren, only running for 96 issues, but Grant ended up writing nearly all of them, cementing his mark on the Batman mythos.

Alan Grant has yet to return to the character in the 14 years since he left the Bat-fold, but he notes that he does still have a number of stories - philosophically stimulating and politically ambiguous - left to tell.

Batman is the most human of heroes (despite the way he dresses!). He's also a self-made hero, not reliant on an exploding giant planet (Superman), a chemical bath (Flash), or being the last surviving Martian (J'onn J'onzz). He's used his own willpower to hone his body and mind to degrees to which, though requiring dedication, most humans could aspire. He also has the coolest costume of anyone in comics!

Your run is notable for the sheer number of new characters, particularly villains, that you created. Is this the greater part of your Bat-legacy?

I've never thought of any Bat-legacy. The first couple of years I was writing Batman, I deliberately steered clear of handling any of Batman's "rogues' gallery." I thought that Penguin, Joker, Riddler, and others had been overused in the past and wanted to give my stories a different feel. That meant creating a number of new villains and supporting cast. It was only when I was about two years into the job that we started getting letters asking for me to handle the traditional characters. 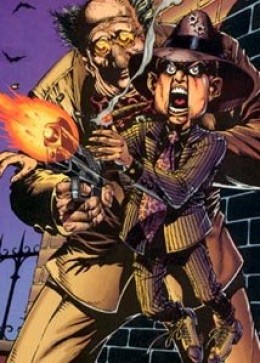 Shadow of the Bat was created just for you, and it ended up being a rather experimental undertaking. Could you speak to that experience?

The USP was that each month "the Shadow of the Bat" would fall on a particular villain. I think that Denny O'Neil - my editor - realized that my forte wasn't writing soap opera-type stories, but I could cut it with interesting stories so was allowed to do what I wanted.

Denny, by the way, is the best editor I've worked for in 30+ years in comics - he had a real knack of getting directly to any weaknesses in a story. It was an honor to work with him for so many years.

I've seen you described as the "philosophical Bat scribe." How accurate of a characterization do you think this is?

We-elll...I like to write stories about subjects that are a bit "un-mainstream," subjects that have interested me over the years. The dilemmas that I face in my life are similar to those experienced by most other people, and I like to explore these matters... though, sadly, I have no answer to any questions I might raise. My character Anarky - a 15-year-old vigilante kid - tried to put anarchist values into action. He's immensely popular - or, at least, he was - in countries like Mexico, Peru, Chile, and Argentina, where comic fans were able to empathize with his ethos a lot more than Americans did.

The sacred way of the publisher is to make as much money as possible when a character is hot. When I was on Shadow, we also had Detective Comics, Batman monthly, Legends of the Dark Knight, Robin, Catwoman, Birds of Prey, Anarky, and summer and winter special double-length issues of most of the comics I mentioned. It's possible to over-use a character, so I don't think the last word should go to the accountants.

Be sure to check out Alan Grant's latest comic work, The Loxelys and the War of 1812, here.