Creating the Bat takes just a short peek into this never-ending process, asking five -- or, in this particular case, six -- quick questions to the creators who have helped to make the Batman what he is today. 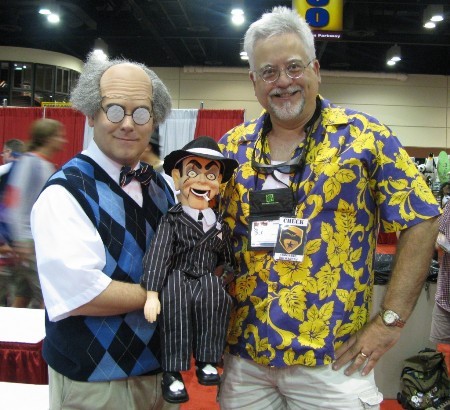 Of all the writers who have tackled the Dark Knight over the past seven-and-a-half decades, none has written more individual issues, miniseries, or one-shots than Chuck Dixon -- he has over 300 Bat-stories under his belt, ranging from Detective Comics to Robin, Nightwing, Batgirl, Catwoman, and Birds of Prey, which he co-created. In total, starting from 1984 and including his work at a number of other publishers, including Marvel, Eclipse, IDW, and Bongo, Dixon has nearly 1,500 writing credits. Even more impressively, he averaged penning almost seven titles each and every month for five years, between 1993 and 1998.

Just a small sampling of his greatest hits -- since a full resume would take the space of several weekly articles -- includes The Punisher, Star Wars, GI Joe, The Simpsons, and comic adaptations of J.R.R. Tolkien's The Hobbit and Robert Jordan's The Wheel of Time. Oh, he also co-created that pesky Batman supervillain Bane, who was most recently (and prominently) featured in the latest Bat-flick, The Dark Knight Rises.

And just because Dixon is Dixon, he still isn't resting on his laurels. His most recent escapade involves the bold new frontier of self-publishing in the form of his Bad Times ebook series, which has offered him, for the very first time in his 30-year career, complete and total creative control.

There's a level of expectation for a good Batman story. Ideally, it should feature some kind of mystery to be solved so Batman can show off his amazing intellect and detective skills. There also needs to be a fight of some kind so that Batman can kick some ass. A freaky villain is key and, in the best of all possible scenarios, a seemingly inescapable trap. The stakes must be higher for a Batman story than any other superhero because Batman is such a legendary badass that a challenge that might seem insurmountable to Spider-Man or Superman would be child's play for the Dark Knight.

Your run is notable for the sheer number of different titles you worked on, oftentimes simultaneously. Why put yourself through such grief?

I loved every moment. You only get a limited window of popularity in any medium (except country music), so you have to make your mark when you can. I was offered the keys to Gotham City, and I ran with it night and day for 11 years, until I wrote more Batman than anyone ever did. 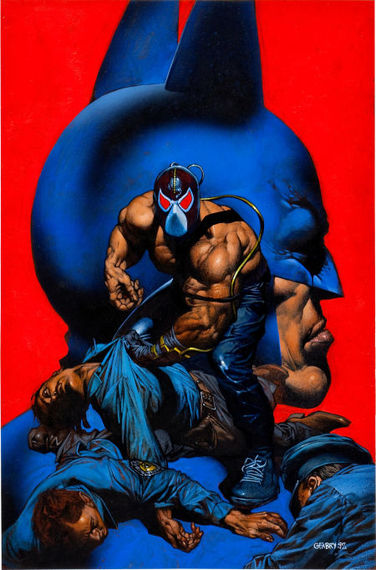 Speaking of which: are there too many Bat books?

Comics are all about redundant publishing. You go hard with what works and jump to the Next Thing and publish the hell out of that. If anyone gave a crap about Firestorm, he'd have a half dozen titles every month.

What do you think has distinguished your take on the Batman family, both before and since?

I didn't ignore any aspect of the franchise, and I didn't try to re-invent it. If there was something weird, I embraced it. If a villain was kind of goofy, I doubled down on the goofiness. I explored Gotham as if it were a real city and worked to make sense of what was senseless and left the rest alone. I tried to write good stories with Batman in them rather than stories about Batman. I grounded my stories in some version of reality so that they weren't just meaningless delirium. I tried to write earnestly and deliver what I thought Batman readers wanted.

Where there any avenues that you left unexplored with the characters? ;)

I wrote a story in which Arkham Asylum shrinks capture Man-Bat thinking that this is the Batman all the crazies are raving about. It really articulated the concept of Batman as an urban legend. It never saw publication, and I've always regretted that.