Creating the Bat takes just a short peek into this never-ending process, asking five -- or, in this particular case, three -- quick questions to the creators who have helped to make the Batman what he is today. Look for the interviewee's keenly detailed answers of the two remaining questions in next week's installment. 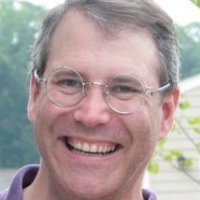 Scott Peterson joined DC Comics as the assistant to Batman Group Editor Denny O'Neil in 1991. Peterson quickly established himself as a capable and knowledgeable overseer -- one associate once described him as one of the greatest storytellers in the comics medium he had ever worked with -- and was rewarded by being promoted to an editor in his own right in 1993, being given the reigns of Detective Comics. By the time he retired from his editorial role at the company, he had also helmed Nightwing, Batman: Black and White (an acclaimed anthology miniseries, which he was nominated an Eisner award for), and The Batman Adventures (based off of the animated Batman television series).

In 1998, Peterson went freelance, working on comic books (such as Batman: Gotham Adventures, a young-readers title, and the first ongoing Batgirl series), children's books (including various Disney and, of course, Batman titles), and, even, videogames (Batman: Dark Tomorrow [Microsoft Xbox and Nintendo GameCube] and Superman: The Man of Steel [Xbox]). His current projects include music reviews at Reason to Believe and his Uncivil War ebook series.

What element fundamentally distinguishes a Batman story from any other comic?

It's got a billionaire with daddy issues who dresses up in a cape and mask with pointy ears. Or is that too generic a criterion?

As has been said many times, if you can swap in Superman or Spider-Man for the Batman and the story still works, it's probably not a good Batman story - it should only be able to work with the Batman as the main character. Which is true... except that, really, the same goes for a good Iron Man story or a good Green Lantern story. But for me, one of the interesting characteristics of many of the very best Batman stories is that he's actually an important supporting character, and not the main character. Jim Gordon is at least as important to "Year One" as the Batman is, and certainly the Joker is the star of The Killing Joke. And the same goes for so many of my favorite issues of Batman or Detective Comics or The Batman Adventures, and that certainly very much goes for [the TV show] Batman: The Animated Series. A large element, of course, is that you've got the whole Illusion of Change versus actual change issue to deal with; you can't really change the essential Batman character, which can make telling a Batman story an inherently tricky proposition, and telling dozens, hundreds of them that much more so. But turning him into a supporting character, or even the story's antagonist, frees the storytellers up enormously, and often with fantastic results.

When you received pitches from writers, what were you looking for?

Something I hadn't seen before, or a new twist on an existing theme. When it came to pitches, the best Batman stories were those that would alter in some fashion the way you thought about the character(s) moving forward, but which, at the same time, if a reader hadn't read that story, wouldn't affect his or her enjoyment of later stories. So if you'd missed that issue or miniseries or whatever, no blood, no foul. But if you had read it, the way you viewed all subsequent stories would be just a little bit different. That's something pretty special. 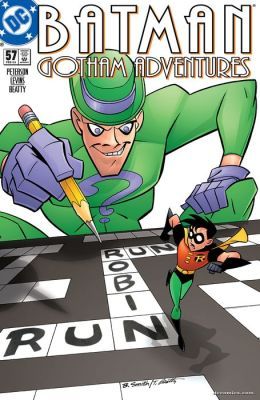 Most of all, what we weren't looking for was "The Night Nothing Happened in Gotham." We got a few of those a month. And a ton of brand-new writers wanted to create a new character so smart, s/he figured out who Batman was - we got those all the time.

How many times did you have to pull rank on a writer and make him change a particular aspect of the story?

Almost never. First, it was rarely "pulling rank" - I generally thought of us as collaborators and colleagues, even if I was the one who'd been tasked by the publisher with what I saw as protecting the integrity of the character. As Dennis O'Neil told me my first day on the job, hire the right creators, and they'll do most of your job for you. He also said that, before I picked up the red pen, to make absolutely sure I was changing something to make it better, and not just to make it the way I would have done it - or, far worse, to justify my title and job. Excellent advice, as usual. The amazing writers and artists I worked with? I was mainly a cheerleader who would occasionally give a small nudge in one direction or another.

That's when it came to the books I edited. Since I was also what was known as the "Batman Group Liaison," I was the guy who would read the scripts when another book would borrow Batman, and that was sometimes more problematic. As Denny used to say, Batman's like Hamlet: there are a million ways to go with the character, and none of them are wrong, per se - just varying degrees of effective. So we tried to give a fair amount of leeway when it came to how Batman was portrayed, but there were obviously limits, and we tried hard to present a more or less uniformly recognizable character from title to title - although still with plenty of room for individual takes on the character. But that did mean that we rarely, if ever, let someone use the Adam West version of Batman when Batman was a guest star in someone else's book. Don't get me wrong - I love the Adam West show and think the current Batman '66 series is awesome. But given that we were trying to present a unified DC Universe in all the monthlies at the time, it would have been jarring, to say the least, to have our version of Batman appearing in Detective Comics or Shadow of the Bat and the Adam West version in an issue of Superman or Flash or whatever.

The other problem we ran into all the time was a writer understandably wanting to make his or her character, whether a hero or villain, look as good/smart/powerful/dangerous as possible. And the easiest way to do that would be by having that character get the best of the Batman. Completely understandable from their POV, but something we had to deal with nearly every other time Batman was borrowed. It seemed like it got to the point where if we'd greenlighted even half those times, well, suddenly Batman wouldn't have been really all that impressive anymore, considering how often he would have been getting his ass handed to him. And while in the short term that might help the other book, it seemed detrimental to the health of the character and the DCU, long term.

Check back for part two soon.