Can I start with a joke?

And it is ok--at the risk of ruining said joke--to note that I'll allude to two biblical texts?

Second and more broadly: that God owns everything because "for every animal of the forest is mine, and the cattle on a thousand hills" (Psalm 50:10). 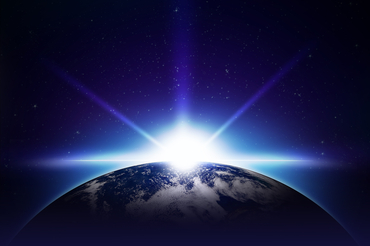 This guy is talking to God and asks,
"Hey God what does 100 million years seem like to you?"
God answers, "One hundred million years? That's like a second to me."
Then the man asks, "Hey God, what's 100 million dollars seem like to you?"
"One hundred million dollars? It seems like a penny to me."
So the guy continues, "Hey God. could I borrow a penny?"
"No problem! Wait a second."

Ken Ham and the Answers in Genesis $100 million ark notwithstanding, if we take the great consensus of modern science seriously, it's impossible to sustain belief that God created the universe in six twenty-four hour days. And, given the way the Almighty views time, it seems a bit presumptuous to believe we could precisely specify God's timing of creation. It might possibly involve figurative language.

Still, most young earth creationists like Ham argue that mainstream science is a problem and that, embedded in it, is frank atheism. They find no good way to engage mainstream science. And, in some ways, they're right--there's really no good way to do that and affirm a 6,000-10,000 year old year. If you're going to affirm a "young earth," it's for the sake of maintaining a narrow, literalistic approach to the Scripture that rejects modern science.

But this blog is at least about engaging mainstream science, and a stunning convergence of sciences describes the universe as 13.7 billion years old, and the earth at about 4.5 billion. For example, geologists have found annual layers in glaciers that can be dated at 740,000 years. Using the known rate of change in radioactive elements (referred to as radiometric dating), certain Earth rocks can be shown to be billions of years old, while the oldest solar system rocks are dated at 4.6 billion years. Astronomers use the distance to galaxies and the velocity of light to calculate that the light has been traveling for billions of years. The expansion of the universe gives an age for the universe as a whole 13.7 billion years old.

How does all this science square with the first chapter of Bible that describes six days of creation, especially if those days as 24 hour periods of time? Some college students in my science and religion class declare that "it doesn't"--because Ham and others proclaim that it doesn't--and so they cast Christianity aside. And since any number of thoughtful people find this theological position unbelievable, they simply don't believe it.

Nevertheless, in most conversations after, let's say, talks about big bang cosmology and Genesis 1-3, many people have offered me a fairly straightforward--but in some ways, deceptively plausible--answer: the six "days" of creation don't equal 6 x 24 hours. The big point is that it could take seconds, hours, days, or maybe billions of years, but however it happened, God made the universe.

It really doesn't take a rocket science to figure that out. And that's no joke.

Coda: If indeed you find yourself affirming the science of the age of the universe, subscribe to the theory of evolution, and believe that God created and creates this universe, then this view is generally is categorized as theistic evolution or evolutionary creation. If you reject the evolutionary part--especially as it relates to common descent for human beings and other great apes--then you're old earth creation (OEC). (There's also Intelligent Design, which I'll leave aside for now.) These distinctions bring me to the next question: Was there a real, historical Adam and Eve? That'll be my next post or two.