What did Charles Darwin, Johann Wolfgang von Goethe and Marcel Proust all have in common? Besides being creative geniuses, they shared an odd quirk: The luminaries were abnormally sensitive to noise, and often required solitude to work.

Proust, for instance, rarely left his one-bedroom apartment in Paris. The reclusive writer wore earplugs while he wrote, kept his blinds drawn and lined his bedroom with cork to filter out unwanted light and noise.

While it may seem like the predisposition to be easily distracted would hinder creative work, new research suggests that it also may be a key component of creative genius. Psychologists at Northwestern University have found that highly creative people tend to be more distracted by noise than the average person.

The study, which was published in the March issue of the journal Neuropsychologia, examines a phenomenon known as "sensory gating," which determines how much information from the environment enters a person's awareness.

Usually, the brain automatically filters out irrelevant information. But people with a "leaky" sensory gate, psychologists say, struggle to shut out information such as a clock ticking or a conversation in the distance.

"[In these people], sensory information is leaking in," Darya Zabelina, a doctoral candidate in psychology at Northwestern and the study's lead author, told The Huffington Post. "The brain is processing more information than it is in a typical person."

The researchers hypothesized that this sensory hypersensitivity might contribute to creativity because it widens the individual's scope of attention. So, people who take in more information would be more likely to make new and unusual connections between diverse pieces of information.

To investigate this link, the researchers asked 97 participants to complete a test of creative thinking and to answer questions measuring real-world achievement in the arts and science. In a separate test, the researchers played a short series of beeps for respondents and measured the electrical activity in their brains, which showed how much auditory information was being filtered out of their awareness.

The findings indicate that creative people do tend to be more sensitive to sounds in their environment. Having a wide scope of attention -- one that takes note of information that most people automatically filter out -- seems to carry some benefits. She noted that creative benefits of sensory hypersensitivity include "having richer experiences, being able to integrate information that is distantly related, or being able to make associations between distantly related concepts or ideas."

The findings also add some nuance to the age-old debate about whether genius and madness are related, suggesting an intriguing commonality between some highly creative people and people with schizophrenia. A looser sensory filtering system is a known characteristic of schizophrenia that has also been observed in the relatives of people with schizophrenia and in people with highly schizotypal personalities, which are characterized by a spectrum of traits ranging from imaginative thinking to psychosis.

Easily Distracted By Noise? You Might Just Be A Creative Genius
6 Creative Projects You'd Benefit From Trying (Even If You're Bad At Them) 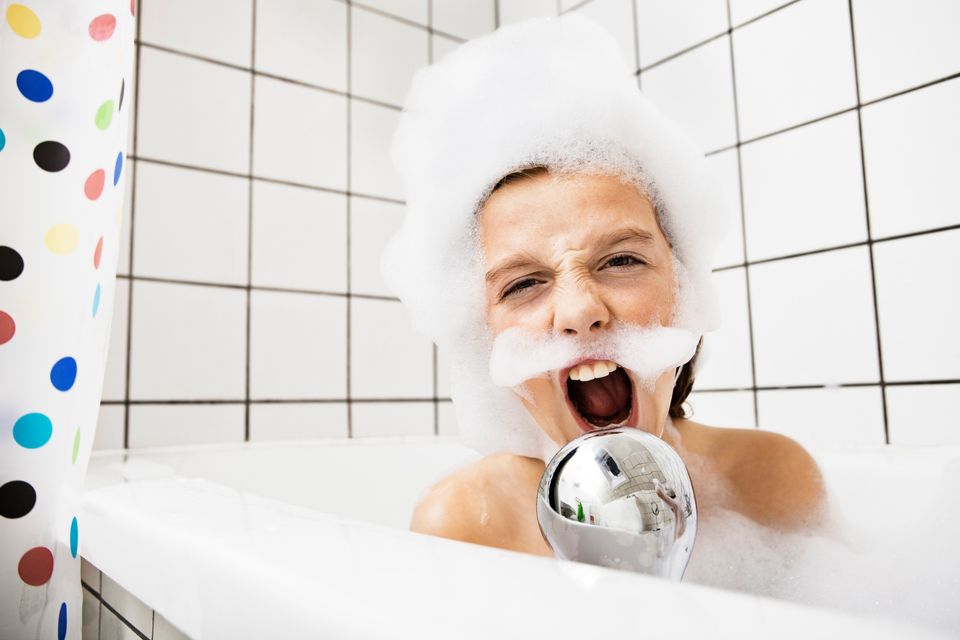 1 / 5
Sing your heart out at karaoke.
The next time your friends beg you to belt out "Don't Stop Believing" at your local karaoke bar, you might want to appease their requests. Singing releases endorphins in the body (those feel-good chemicals that also come after a good workout) and has been <a href="http://ideas.time.com/2013/08/16/singing-changes-your-brain/" target="_blank">scientifically proven to help with anxiety, lower stress and elevate your mood.</a> Time to start warming up those vocal chords!
Gettystock