As the country marks the 50th anniversary of Freedom Summer, the landmark voting rights initiative that took place throughout the state of Mississippi in 1964, it's important to note the key but often overlooked role the arts and culture community played in the social change of that era.

That summer, which fundamentally changed the shape of American democracy, was organized by the Council of Federated Organizations (COFO), a coalition of the Mississippi branches of the major civil rights organizations -- the Student Nonviolent Coordinating Committee (SNCC), the Congress of Racial Equality (CORE), the Southern Christian Leadership Conference (SCLC) and the National Association for the Advancement of Colored People (NAACP). Their efforts, which included Freedom Schools, voter registration and the noteworthy intervention of the Mississippi Freedom Democratic Party in the 1964 Democratic National Convention, helped lead to the passage of the Civil Rights Act of 1964 and the Voting Rights Act of 1965.

Right in the middle of it, the Free Southern Theater (FST), co-founded by my uncle John O'Neal, was born. The brainchild of O'Neal, Doris Derby and Gilbert Moses, this was theater designed to "act as a stimulus to the critical thought necessary for effective participation in a democratic society," a mission stated in the book The Free Southern Theater by The Free Southern Theater: A Documentary of the South's Radical Black Theater with Journals. Letters, Poetry, and Essays and a Play Written By Those Who Built It.

The founders -- O'Neal and Derby were SNCC field directors and Moses worked as a journalist with the Mississippi Free Press -- viewed live theater as the best way to counteract the degrading impact of inferior education, the misrepresentations of the local media and the paucity of cultural resources available to Black people. When I was a child, FST and its organizational successor Junebug Productions held revered places in my mind. My parents made it a point to see their performances whenever they held a show within driving distance, and I spent a teenage summer with my uncle as he worked on a theater production in Appalachia. The theaters' many accomplishments, which are rooted and reflected in our family of artists, educators and activists, have greatly influenced my own career and life choices. 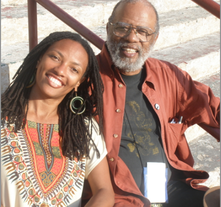 Recently I've begun working with my uncle on an oral history project about our shared commitment to working at the intersection of the arts and progressive social change. During one of our interviews, he told me that FST, which became a New Orleans-based institution, had piloted its efforts during this pivotal era in Mississippi. He said: "[FST] was not held up apart from the Freedom Summer, but as an integral tool of [it]. It gave the energy for... FST to be transformed from an idea into 50 some years' worth of work so far. We're still trying to do the same thing we started out to do."

One of the company's first shows, staged at more than 20 Freedom Schools during Freedom Summer, was In White America by Martin Duberman. The play, which was performed as often as twice a day before students, staff, teachers and community members of all ages, is a sweeping look at the collective history of Africans in the United States. Stories included the Nat Turner rebellion, Frederick Douglass's abolition efforts and a depiction of school desegregation set in Little Rock, Ark.

"We did as many as two performances a day in a four-week period," my uncle told me. "And then the next day we'd drive and set up and perform." FST's intrepid eight-person crew, which included actress Denise Nicholas, who later starred in the TV shows "Room 222" and "In the Heat of the Night," took the production across Mississippi to towns including Macomb, Hattiesburg, Greenwood and Greenville. Freedom School staff used it as the basis of its curriculum development, and community organizers used the play as a text for their efforts in voter registration. "The whole curriculum of the Freedom School was built around the play, because the play was built around the struggle of African American people. From the earliest days of slavery all the way up. We'd read it and give a context to people who taught and organized the community that we were performing in," O'Neal said.

"Denise would be on one side of the auditorium and she would start singing 'oh freedom over me... and before I'll be a slave I'll be buried in my grave and go home to my Lord and be free.' And then from other places in the auditorium after the first phrase or two, someone else would join her very nice soprano voice in harmony. All over the auditorium we'd start singing and moving towards the stage from wherever we were."

The company was committed to staging free performances for the communities they served, so it drew support from individual and institutional donors, which included celebrities such as Ossie Davis and Ruby Dee, Sidney Poitier, Harry Belafonte, Max Roach and Abbey Lincoln. The theater's first donation came in the form of a check from Langston Hughes. "We wanted to save it for history's sake. He had such a distinguished signature -- written in purple ink with a felt tip pen. But we needed the money so bad we had to cash it," O'Neal recently told me with a laugh. "It was not a remarkable sum, except to people who were broke... so I'll say it was a major contribution. We were scrambling for rent every month and for a meal every day."

Have their efforts paid off?

Today, Mississippi has the highest number of Black elected officials of any state, a fact presented by director Stanley Nelson in his film "Freedom Summer," part of the American Experience series on PBS. The New York Times reports that African Americans currently make up 36 percent of the electorate in the state, one of the highest percentages in the nation. FST members have spent the decades since its inception writing and producing plays, launching workshops for actors and developing a model of community engagement and liberatory theater that made an invaluable contribution -- for many, work that continues well after a jazz funeral was held for FST in 1985.

As retrospectives honor those who faced danger for daring to register to vote and those who supported their sacrifice, we should not forget the integral role of the arts in social change. The book Free Southern Theater sums it up this way: "Through theater, we think to open a new area of protest, one that permits the development of playwrights and actors, one that permits the growth and self knowledge of a Negro audience, one that supplements the present struggle for freedom."

Shani Jamila (www.shanijamila.com), a Ford Foundation Public Voices Fellow, is a New York-based artist and the Director of the Human Rights Project at the Urban Justice Center. To learn more about the work of the Free Southern Theater and Junebug Productions, visit www.junebugproductions.org