Would you think of Picasso when you are thinking of a cure for Alzheimer's? I help non-profits with fundraising and my advice is: "Use what you have, to get what you need. Use your creativity."

Today we need a cure for Alzheimer's disease. The United States has over 5.5 million people suffering with it. To me, what AIDS was in the 1980s, Alzheimer's is today. People are scared to death of it. Could we use our creativity to get what we need, a cure? 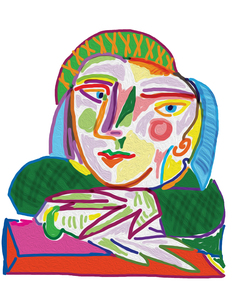 Recently, I had a eureka moment about a new way to raise money for Alzheimer's research. But is an actual cure possible? Billions of dollars have been spent trying to find a drug, without results. The idea of raising money for another drug trial was deflating my enthusiasm.

Bredesen's study could be the huge breakthrough that we've been waiting for. Nine out of the 10 patients involved, who were in various stages of dementia and Alzheimer's, had their symptoms reversed after they participated in his trial.

One man, age 69, who was diagnosed with early stage Alzheimer's disease had been tested and ranked below the 5th percentile of cognitive ability (50 is normal; 100 is top). This was on a verbal learning test, a standard test for Alzheimer's. At the time, this man owned two businesses. With such a devastating diagnosis, he began the process of selling the businesses and preparing for a bleak future.

He then started Dr. Bredesen's protocol. Six months later, his wife announced, "He's returning to normal -- and that's not the biggest effect. Previously, his decline had been swiftly accelerating."

He continued to follow Bredesen's protocol. After two years he was re-tested by the same independent neuropsychologist. This time he ranked above the 80th percentile. In 24 months he had gone from below 5 to above 80 percent in an important measure of cognition. By adhering to Dr. Bredesen's protocol, this man did not have to sell his two professional practices. Instead, he opened a third business.

Anecdotal stories like this one, although exciting to hear about, are based on a small sample. Larger studies must be done to prove whether the program will work for the population in general.

Hence ARTSzheimer's. The goal of the ARTSzheimer's Project is to raise money for Dr. Bredesen to conduct a larger trial on 100-200 participants. Art collectors, especially those who have put some of their art into storage, could donate one piece. We sell it at auction and use the money to find a cure. In other words, use what we have to get what we need.

And boy do we need it! Alzheimer's could soon cost the U.S. taxpayers over a trillion dollars. If we live to be 85, one in three of us will probably have it. Alzheimer's disease could bankrupt the entire Medicare system.

I know that if I were diagnosed with Alzheimer's, I would search like a person with my hair on fire for a more rounded solution, not just one drug. But experts that I talked to said, "Single drug testing is the way we've always done it." (I've heard that for years in the non-profit world, too.)

There have always been authorities telling visionaries, "That's not the way it is done." What if Van Gogh had stopped painting when experts criticized his fractured light? Or Picasso when they laughed at his fractured faces?

Picasso and Van Gogh didn't succumb to their critics. By maintaining their unconventionality they influenced the entire art world and their work gained the respect of millions. I hope this happens in our day with Alzheimer's. 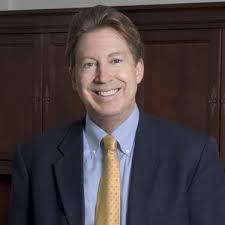 In my opinion, Dr. Bredesen, although he is a respected scientist and neurologist, approaches his research on Alzheimer's like an artist. When I asked how he came up with his method, he said, "Twenty-five years of basic research in the lab. You get hints. For most people, the first thing that goes is the ability to make new memories. They remember their first grade teacher, but don't remember what they had for lunch."

Bredesen realized, "It became obvious that a broader-based therapeutic approach, rather than a single drug that aims at a single target, may be more effective."

Is it art vs. science? No. Art and Science.

Creative people in many fields are giving support to the ARTSzheimer's Project. Fred Nicholas, former Chairman of the Board at MOCA, the Museum of Contemporary ART in Los Angeles, is our founding supporter. Artist Gina Truex and movie producer Osnat Shurer (who both had parents with Alzheimer's) suggested adding the "S" to include all of the arts, not just paintings as I had originally conceived. Cinematographer Jeremy Cohen helped with a video. Thom Mount, former president of Universal Pictures, is working on a documentary. Singer/composer Lori Lieberman offered a song. Movie producers Jackie and Fred Weintraub shared their counsel. Jeremy Strick, Director of the Nasher Sculpture Center in Dallas, offered brilliant guidance about forming an arts organization.

So, what's next? Perseverance. This is just the beginning. There is a clear need for a large, controlled standard clinical trial. The purpose of the ARTSzheimer's Project is to pay for it.