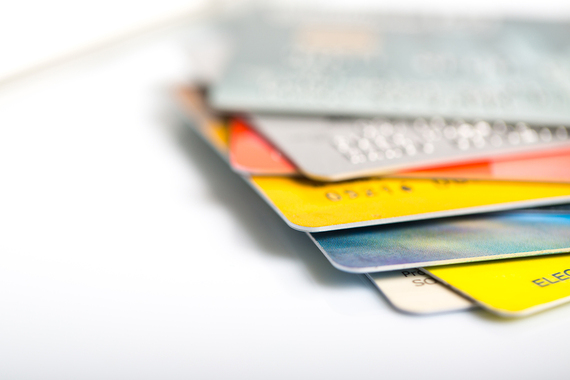 Beginning October 1, 2015, businesses that are not able to accept EMV (Europay®, MasterCard® and Visa®) chip cards will be liable for any fraudulent charges from counterfeit cards. The same goes for your bank; if your business is accepting chip-enabled credit cards but your bank isn't, then responsibility will shift to the bank. Basically, fraud liability shifts from card issuers to those who are less chip card compliant in any given situation.

The move to EMV is all about fraud. In 2013, credit card fraud in the United States was estimated at $7.1 billion dollars, a little more than half of the $14 billion dollar total around the world. "Experts believe that figure will rise to $10 billion or higher by 2015, especially if the U.S. does not make significant progress with chip card adoption. The rising cost of fraud is accompanied by a concurrent rise in mobile payments. In 2010, the total gross dollar volume of mobile payments in the U.S. alone was $16 billion; some experts expect this volume to rise to $214 billion by 2015. If ever there was a time to ensure compliance with a global chip-compatibility strategy that reduces fraud, it's now," Payments Leader adds.

EMV technology is not new - Europe has been using it for years. As the U.S. jumps on the credit card technology bandwagon, the hope is that credit card fraud numbers will decline as they have after EMV was adopted in other countries. The new technology protects in-store purchases, but not online purchases. TSYS Merchant Solutions explains the technology and security measures behind the EMV transition, "Each time a chip card is used for a transaction, a unique, dynamic code is created that cannot be used again. So even if a criminal somehow manages to steal a customer's personal information for any given chip card transaction, it will be tougher to use than if it had come from a magnetic stripe card."

The October 1st deadline is spearheaded by MasterCard, Visa, Discover® and American Express®, and meant to pave the way for the transition process. Sienna Kossman of Creditcards.com explains, "A Wells Fargo survey conducted in July 2015 found that less than half of small business owners (49 percent) who take card payments are aware of the upcoming EMV liability shift. Only 31 percent reported that their existing point-of-sale payment systems accept chip-equipped cards and another 34 percent said they will upgrade 'at some point' after October."

Small businesses should assess their current point-of-sale (POS) system in order to protect themselves and get on point with the new technology. You may need to upgrade software, hardware, or replace your card terminal entirely, as well as go through a certification process. Be sure to speak with your credit card acquirer, processor, bank and other relevant parties. Once your system is in place, you will have to train your checkout employees on how to instruct customers to use the new system.