Their eyes huge from fear and confusion after fleeing their burning village of Izge, some 300 internally displaced people met with members of the Adamawa Peace Initiative (API) in Mubi, where they had sought refuge. Members of the peace council had traveled north from Yola, capital of Adamawa State, to distribute food, clothing and money to these mothers, daughters, some sons and a few husbands. We listened to tales of terror and flight.

Spearheaded by the American University of Nigeria (AUN), the Adamawa Peace Initiative has been a local, Yola-based response to the escalating violence and state of emergency in the states of Borno, Yobe and Adamawa. Representing both Muslims and Christians, as well as business, educational and government leaders, the peace council has five development projects-from literacy training for teachers and students, to a peace through sports initiative for over 1,200 unemployed youth, to free ICT and entrepreneurship training to help create income and employment.

One of our strongest areas is education for girls. We are using advanced technology, in one of the poorest parts of the world, to ensure that young children, especially girls, can read, write and participate in society. Recently, the Yola Girls secondary school won the math portion of our STEM (Science, Technology, Engineering and Math) contest.

The API recently has been transforming itself into something of a relief agency as part of its peacemaking role. So far, there are few national or international responses to the increasing violence in Northern Nigeria.

What is causing the violence in the North and how can it be stopped? Imam Dauda Bello, peace council member, says it is creed, greed and need. Creed or religion is being used to create distrust and violence in a setting ripe for it, he believes. On the four hour drive to Mubi, Peace Council members shared first-hand stories describing Christians disguised as Muslims burning mosques, and vice versa. By greed Imam Bello points explicitly to the corruption of the political system in Nigeria that has left many areas -- especially the northeast -- among he poorest in the world. Education levels are among the lowest and maternal mortality the highest. Electric power and potable water are rare where it exists at all. There are 10 million young people on the street. The Almajari as they are called, beg for food and many have no education. The future looks bleak, especially for the young. Basic needs are not being met, and for some -- as in other parts of the world -- violence is the answer.

While the conflict in the North is generally reported as a religious one, the two-year-old API, which has been very active in the region, and whose Christian and Muslim members are largely local residents, disagree. All agree that religion is being used to manipulate people and that unless something is done about the underlying conditions of extreme poverty in the north, there will be more killings, more refugees and more despair. The aims of the rebel group Boko Haram are now clear. They have claimed responsibility for some horrendous killings, including those of school children. Now they have kidnapped between 200-300 girls. The Nigerian government's response has been ineffective leading to a cycle of conflict and death. All agree the conflict is complex and confusing. No one expected this to be their last trip north. 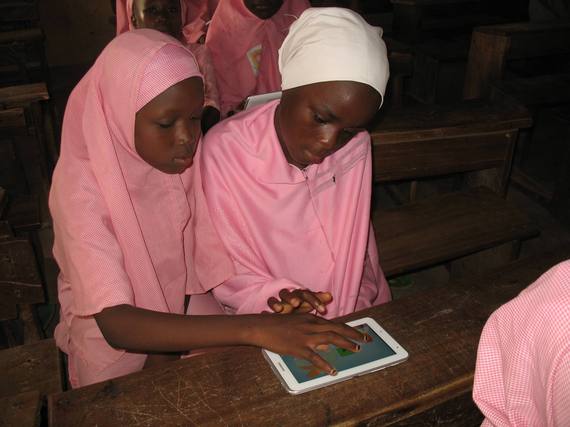 Professor Margee M. Ensign is the president of the American University of Nigeria in Yola, Adamawa State in northeastern Nigeria. Adamawa State has been in a declared state of emergency since May 2013.