Today, dressing up for Halloween is more about novelty or sexiness rather than horror. But back in the day, the costumes not only skewed scary, but are now unintentionally frightening a few decades later. No matter what look these people were going for, the costumes look way creepier today. Seriously -- your planned "zombie" costume with the make-up you bought at Party City looks like a pretty princess compared to some of these (except the Disney princesses below, they're still creepy.) In honor of keeping fear alive, we present to you some of the most disturbing vintage costumes we could find. Sweet dreams! (And vote for the scariest!) 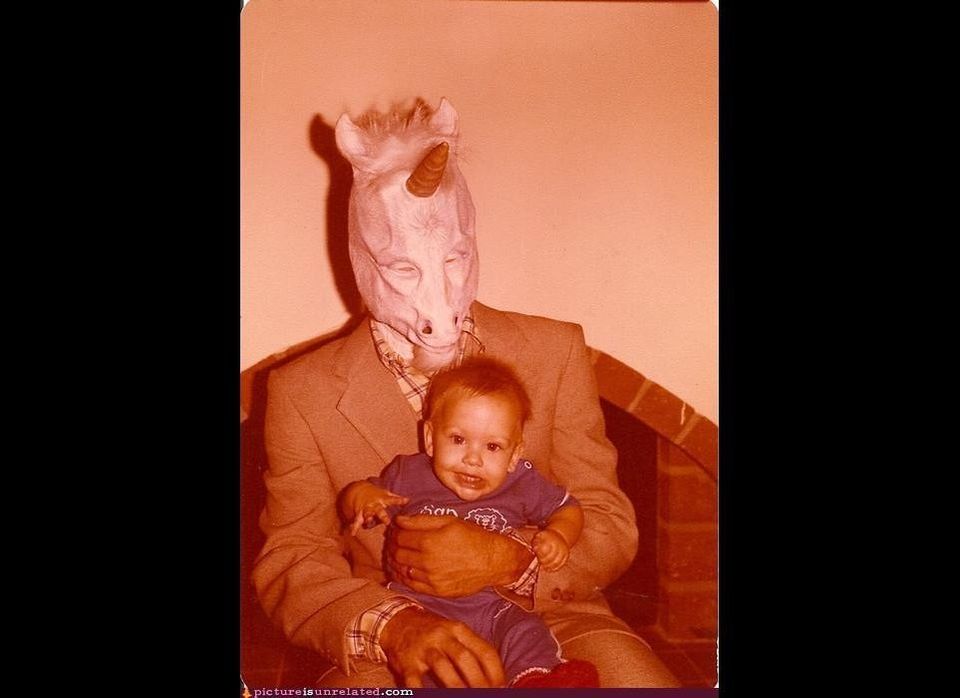 1 / 21
Unicorn Father
What better way to spend a baby's Halloween than by scaring the crap out of him? (via <a href="http://pictureisunrelated.com/2010/04/22/wtf-photos-videos-my-father/" target="_hplink">Thedailywh.at</a>)