I've been interested in photography since I was a kid, but it was only a few years ago that I started collecting photographs.

Because I was a starving grad student at the time, prints by well-known photographers were way beyond my reach. I could, however, afford the old snapshots they sell at flea markets and swap meets around Southern California, swimming loose in giant bins for fifty cents or a buck apiece.

You find a lot of junk when you're searching through lost and tossed photo ephemera, but every so often you'll find a gem, a wallet-sized masterpiece you're certain could hang on the wall of a gallery if only someone with a name had taken it. Find one or two of those and you're hooked for life.

Every snapshot collector has obsessions. Some only collect photos of cars. Others like World War II, or babies, or old-timey girls in old-timey swimsuits. I happen to collect the weird stuff: photos that make the hair on the back of your neck stand up a little. The uncanny. I don't mean circus freaks and kids in Halloween costumes, either -- I mean photos that seem wrong in a way that's hard to put your finger on, so unusual they make you look at them a second and then a third time, then reward you with uneasy dreams. The kind of photos that seem to stare at you from across a room.

That's what I looked for when choosing images for Miss Peregrine's Home for Peculiar Children, my first novel, which weaves four dozen vintage photos into its story.

Since it hit shelves, I've been getting emails from readers complaining about weird dreams and lost sleep, as well as questions about specific photos (usually along the lines of, "So that picture of the guy with a face painted on the back of his head -- what is up with that?").

But because the photos are anonymous, long divorced from whatever context might have explained them, I don't know what's up with them any more than my readers do. All I know is that they creep me out. Each photo is an unsettling little mystery -- and I like them that way.

In the hopes that they might creep some of you out, here are nine of my favorites. Sweet dreams!

Click "Full Screen" to really give you sleepless nights 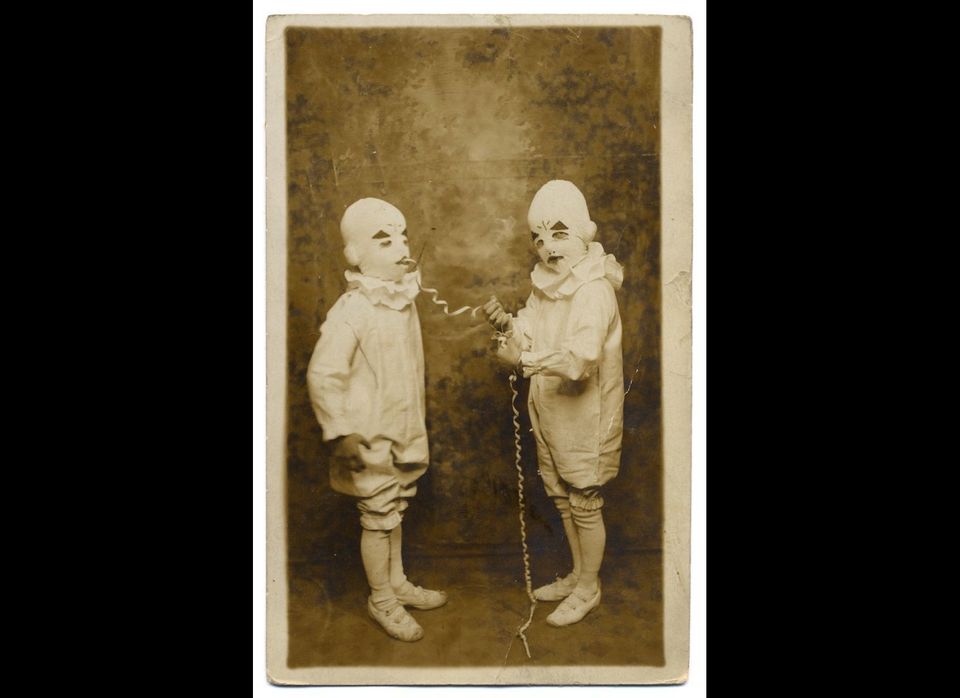 1 / 9
From the collection of Robert E. Jackson