…or didn’t live. And the fact that they're non-living, my friend, is precisely what makes these rock faces so mysterious.

Face towers at the Bayon in Angkor, Cambodia
About 200 massive faces with serene expressions cover the upper towers at this 12th-century temple. There might be a significance or pattern hidden in the number of faces and towers, but erosion and re-construction through the ages has made it impossible to get a definitive count of how many there originally were. 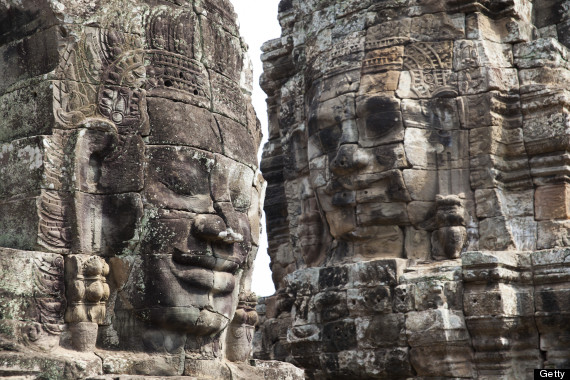 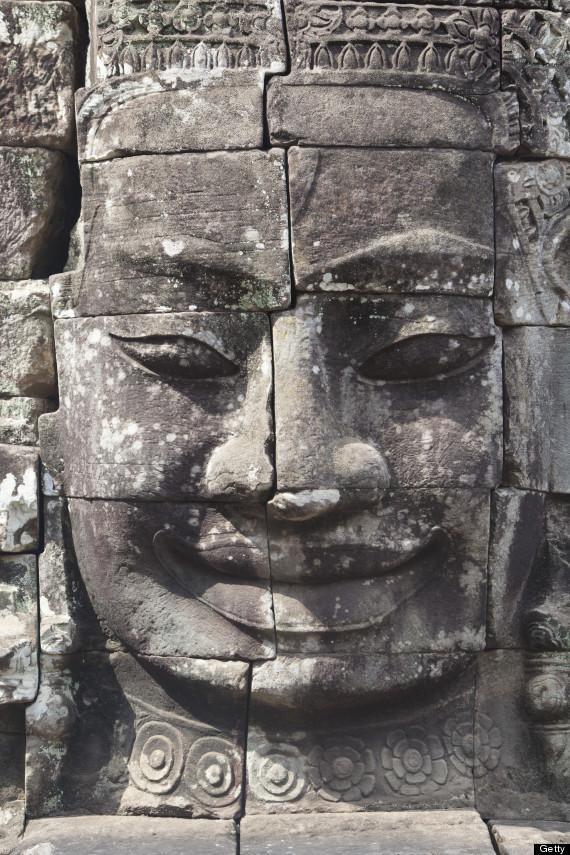 Buddha in a tree at Wat Phra Mahathat, Thailand
In 1374 AD, this place was a busy Buddhist monastery. Now, though, only tourists stop by the empty complex to ooh at its gold-robed Buddha, who perches on a pedestal in the garden. What few notice, however, is a small, smiling Buddha head that's been swallowed by a tree's gnarled roots. 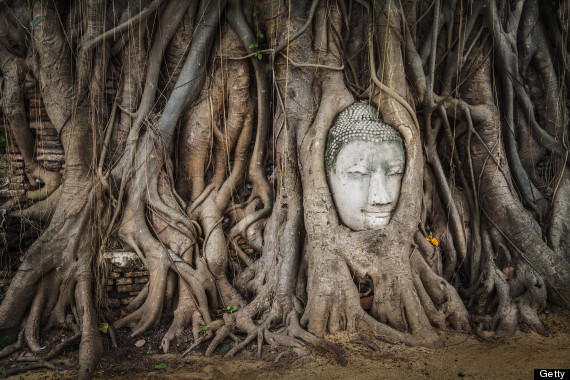 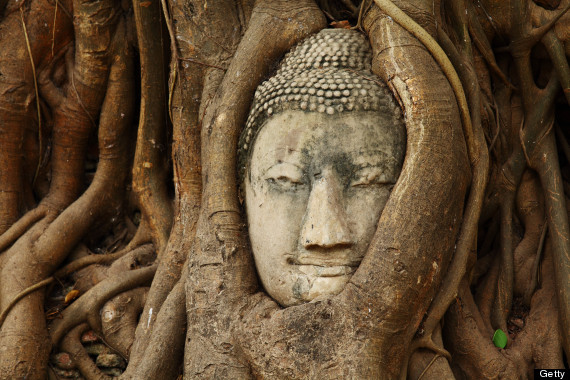 The Statue Heads at Mount Nemrut, Turkey
King Antiochus I ruled this land in what is now southeast Turkey around 60 BC. He built an intricate tomb in anticipation of his death, complete with statues of himself and various gods. The gods' heads now lie scattered around an empty plain, suggesting that an enemy army detached them from their bodies on purpose. The king's actual tomb is yet to be found. 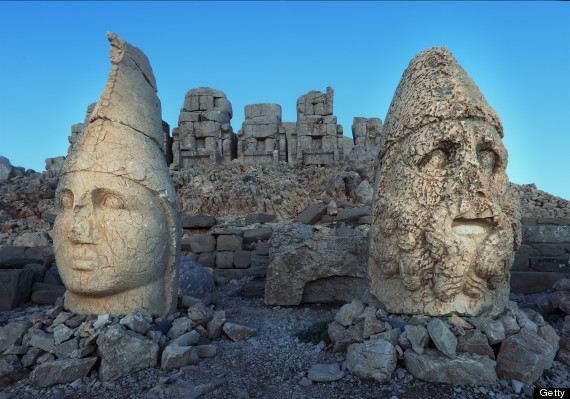 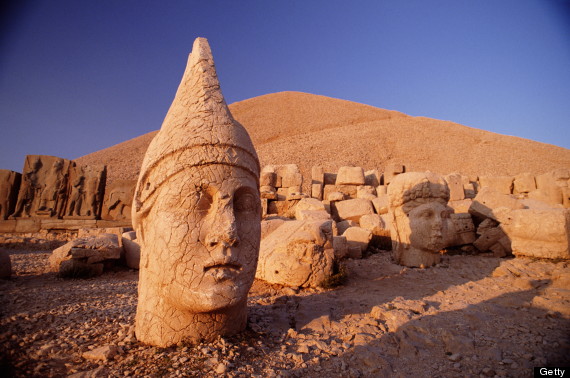 Colossal Statues of Ramses II in Nubia, Egypt
These four statues of ruler Ramses II are part of the Abu Simel temple complex, which was probably once covered in brightly colored paint. All that remains now are monochrome sculptures of a stoic-looking young king with statues of family members between his legs. 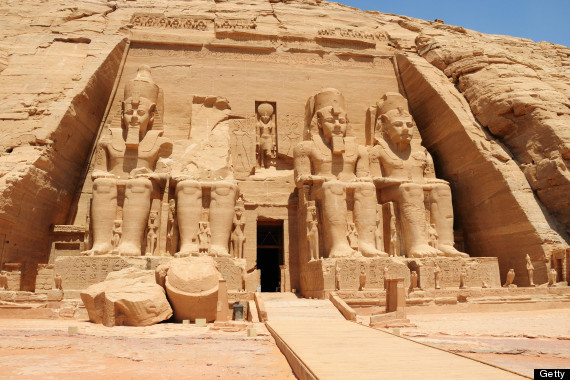 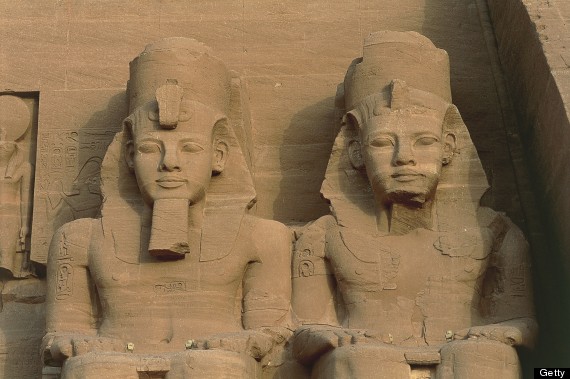 Easter Island Moai Statues
Perhaps the most well-known of creepy face statues are the moai, which the native Rapa Nui people strategically scattered around their island off the coast of Chile sometime between 1250 and 1500 AD. It's largely a mystery how such an isolated tribe built and transported hundreds of giant, human-like figures-- the heaviest weighs 82 tons. 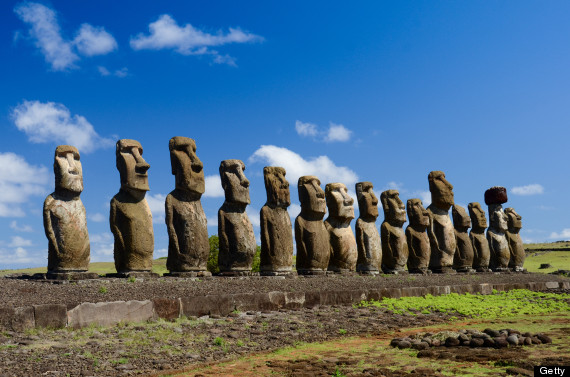 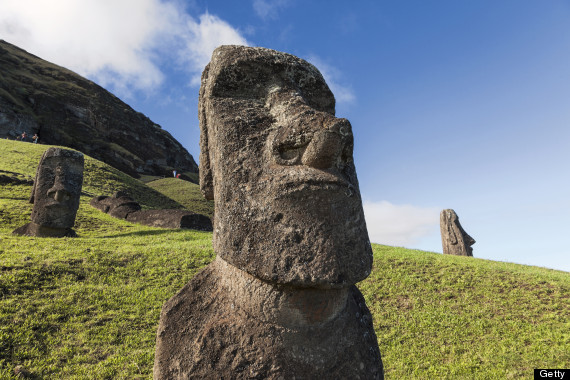 Leshan Giant Buddha, China
An old Chinese monk thought the presence of a giant Buddha would calm turbulent rivers in the Sichuan province. The half-open eyes of his Buddha continue to stare out at the same waterway some 1,300 years later. 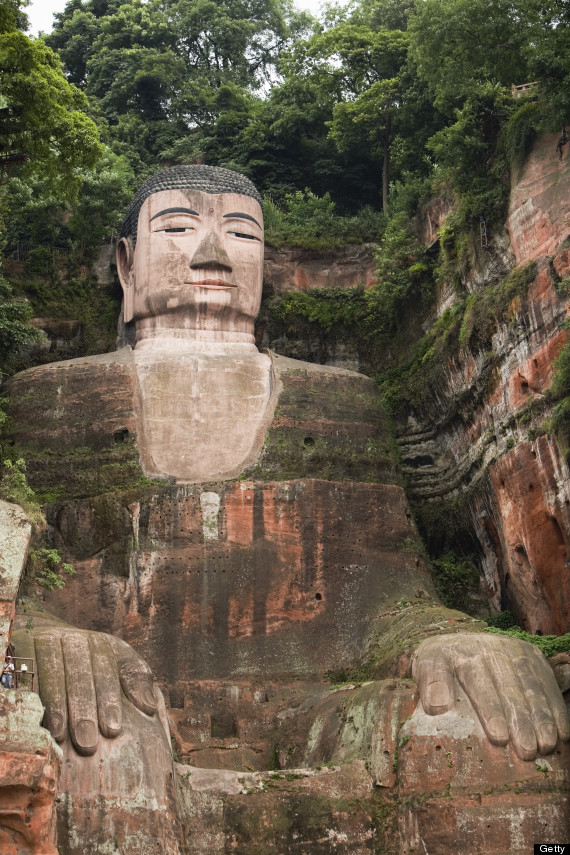 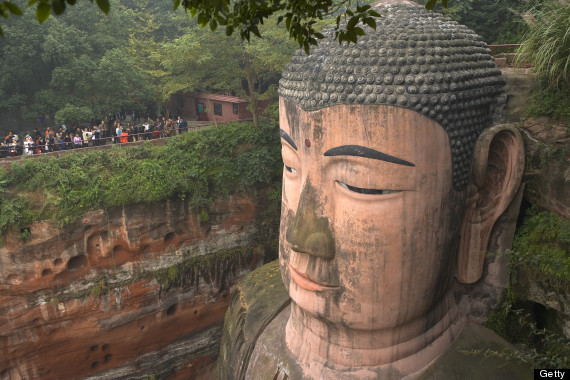 The Devil’s Heads near Zelizy, Czech Republic
It'd be extra creepy if the "Devil's Heads" were crafted by some sinister Czech tribe with dark motives. But alas, cook-turned-sculptor Vaclav Levy made them during his free time in the 1840s. 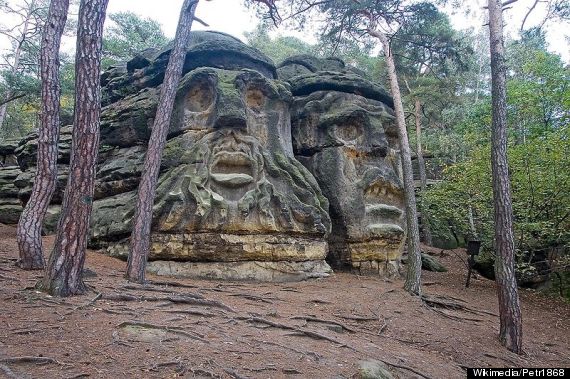 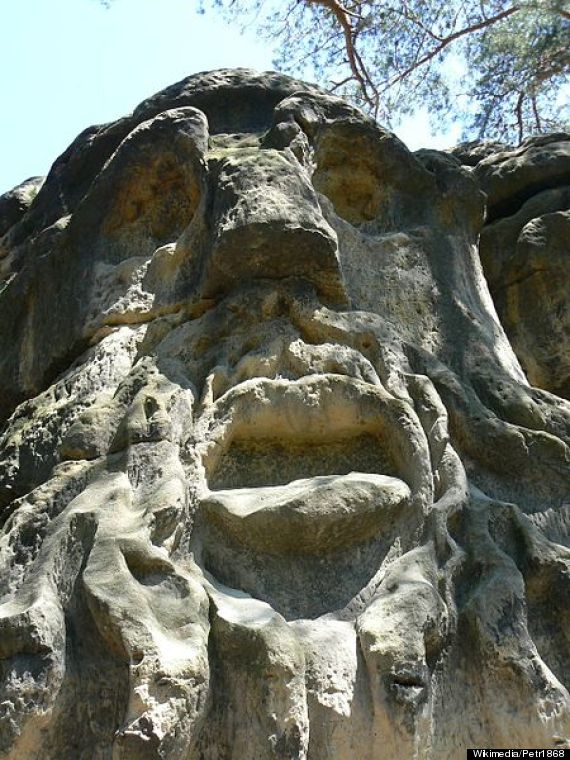