A controversial theater piece that explores the alleged persecution of Russia's lesbian, gay, bisexual and transgender (LGBT) community under President Vladimir Putin is gearing up for a hotly-anticipated New York debut.

"Crematorium," which was directed by artist Alexander Kargaltsev and written by Valeriy Pecheykin, is set in a "giant factory" in Russian-occupied Crimea and centers on four same-sex couples who are "picked to test a new machine to turn them straight," according to press notes. Some of the performers are asylum seekers from Russia, while the show itself "is meant to bring together support and hope for the Russian LGBT [community] and their friends in America.”

Check out performance shots of "Crematorium," then scroll down to keep reading:

Kargaltsev said the play, which was officially banned in Moscow, aims to "bring together drama, poetry, music, dance, art and design together in one concentrated essence." Although his show uses Russia's anti-LGBT legislation as its primary dramatic motif, the artist hopes "Crematorium" offers a greater message about "the stifling of the individual" at large.

"It makes for a challenging and uneasy evening for the audience and for the performers alike, but I hope in the end it is meaningful and memorable for all present," he told The Huffington Post in an email.

CLARIFICATION: The original version of this post has been amended to indicate that Valeriy Pecheykin is the playwright of "Crematorium." The New York production was directed by Alexander Kargaltsev. 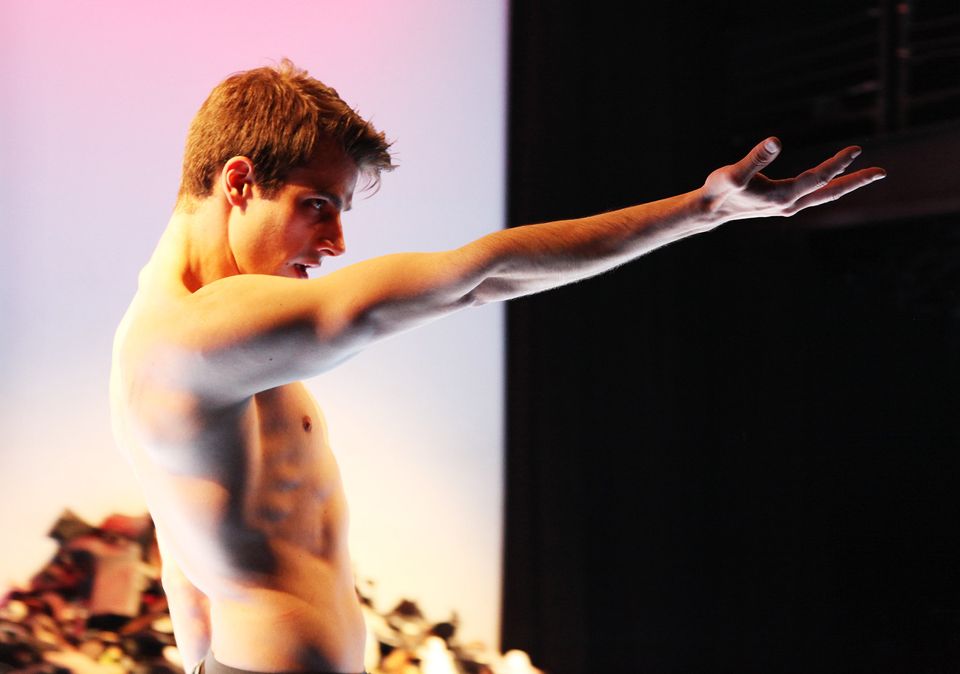