Things with Prince Harry and Cressida Bonas are heating up.

First they vacation together, and now Cressie has landed her very own cover of Tatler, introducing her to the glossy world as the royal's one and only. The stunning headshot is featured on the magazine's October 2013 issue with a headline that reads "Harry Loves Cressy." Awww.

Rumors began to swirl about the couple when Harry brought Cressida as his date to the premiere of "Batman: The Dark Knight Rises" back in July of 2012, and by February of this year, pictures of the couple getting cozy on the slopes in Switzerland served as confirmation of the budding relationship. But a full-blown Tatler cover touting Cressy as Harry's girl? Well, that certainly speaks volumes. (The Daily Mail cleverly points out that Kate Middleton didn't get her own Tatler cover until 2011, 8 years into her relationship with Prince William.)

So do you think this is a sign that Cressida's "the one" for Harry? 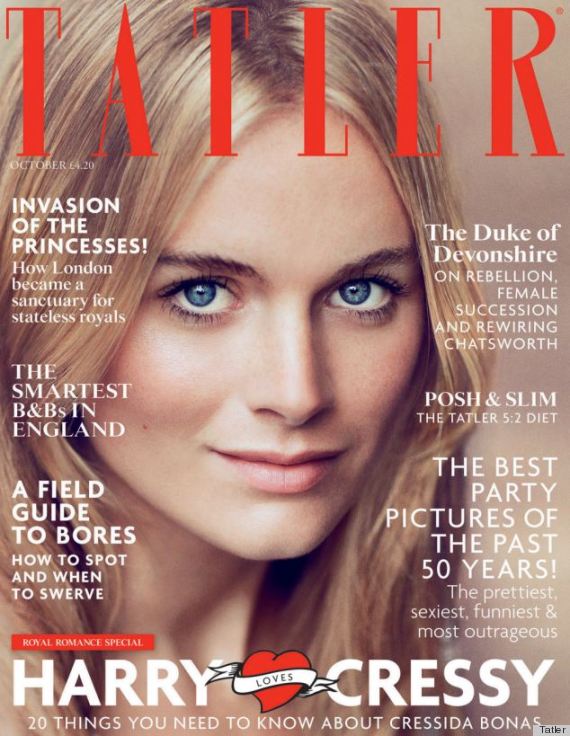 Some guys have all the luck...