Sometimes there's no better way of taking the pulse of a place than by reading the local weekly, especially for understanding the foibles, predilections and weaknesses of the locality.

Views of Unalaska on an overcast day 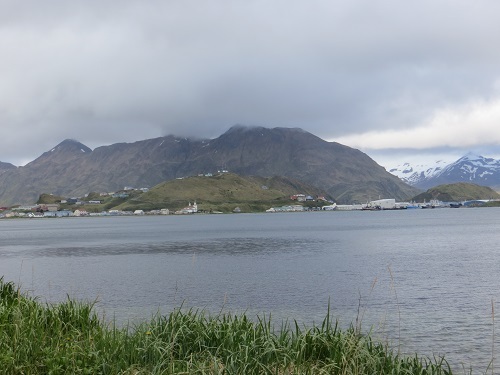 And so is it on the Aleutian island of Unalaska with the Bristol Bay Times/Dutch Harbor Fisherman, whose motto is 'Spawned Weekly for Southwest Alaska,' and its Police Report on page 15:


Welfare Check - Officers contacted a drunk who was staggering along the roadway near the South Channel Bridge, and learned that he'd had an unintentional bowel movement and planned to stop in at a friend's house as soon as he'd crossed the bridge. Officers confirmed that he made it safely into the residence in question. 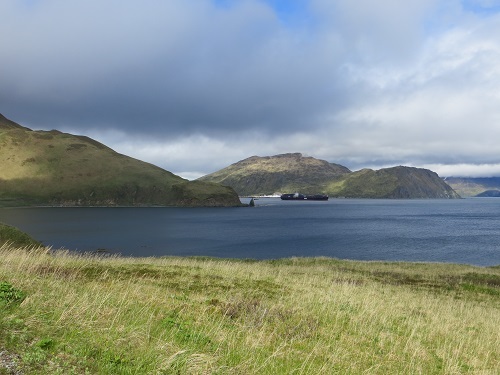 Liquor Law Violation - Officer advised an inebriated man he was not allowed to enter or remain in any licensed premise this night. The inebriate, who was also advised not to drive, left in a rather disgruntled fashion. 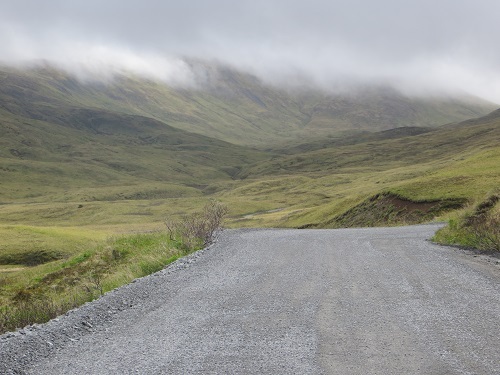 Criminal Mischief - Caller reported the occupant(s) of a red station wagon were driving about Standard Oil Hill, placing sanitary napkins on stop signs. The culprits were not located. 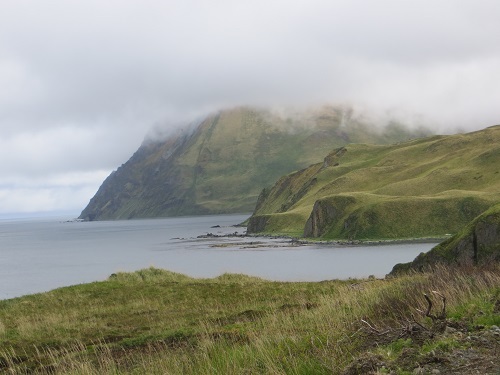 Harassment - A distraught caller reported that a neighbor had repeatedly texted him to stay away from her house. An officer advised that the caller do exactly that, and suggested not responding if he wished the messaging to stop. 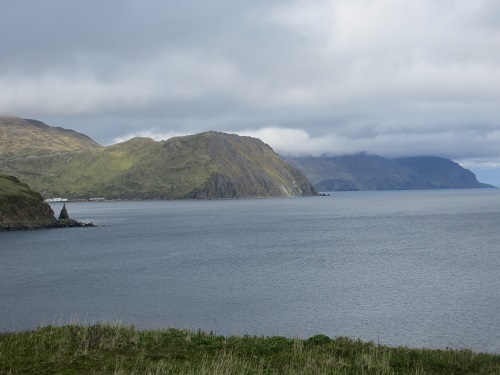 PC Alcohol - An extraordinarily intoxicated man who was unable to stand or walk without assistance was taken into protective custody after he told officers he thought he was in California and did not know how he got there. 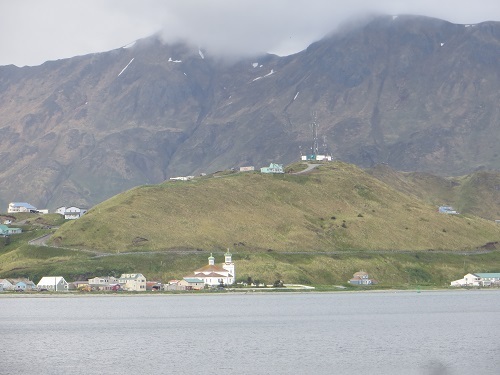 Of more immediate concern could be airline security.

Flights into and out of Unalaska are very often delayed or cancelled due to the ubiquitous fog and fierce winds. Today (mid-June) it's overcast but there are no delays. It's the security checks, though that give cause for concern. There are no hand luggage checks at all, or for stowed luggage for all I know, on the Penair (Peninsula Air and runs in conjunction with Alaska Airlines) flight to Anchorage.

Unalaska from the air 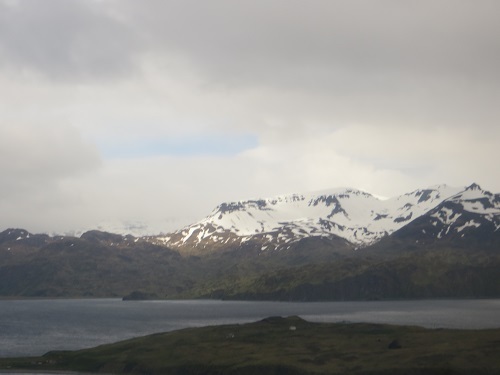 At a time when the Department of Homeland Security is under attack for employing 73 security personnel with links to terrorism and allowing 95 percent of mock weapons and explosives through in tests, I or anybody else could have boarded the little 27-seater Saab 340 with a bomb to blow it up in mid-air or hand grenades to destroy planes on the runway at Anchorage.

Or what about a nice long sharp knife to behead nearly everybody on board à la Islamic State for a great propaganda coup? You might think terrorists wouldn't think of a nice little lax access point like the Aleutians, but then think again. 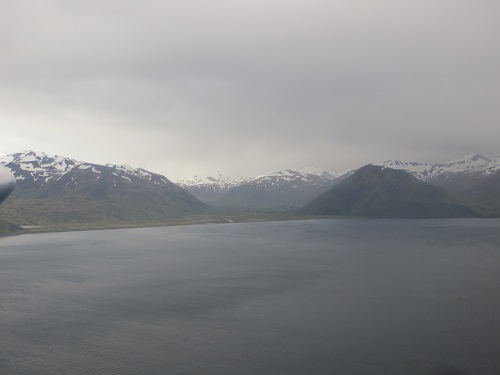 Meanwhile most people in the little lounge here aren't waiting to board at all. They're waiting to see if their luggage has finally arrived, Lord alone knows how many days after they got here. Another peculiarity here is that your luggage often won't leave or arrive with you, depending on how many people they load up on the little craft. 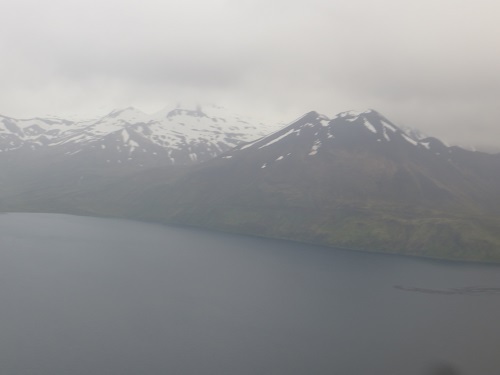 Now, Yours Truly is sitting in 1A, right by the main door. 'Are you willing and able to assist with emergency evacuation in the case of necessity,' the hostess asks.

'Willing and able, Saaaaar, I mean Ma'am,' replies I.

'Right. You turn the handle counter-clockwise and push the door out and to the right.' 'Yes, Ma'am!' quoths I. 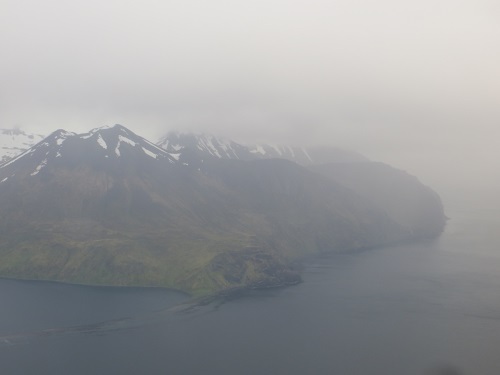 My sense of security is not improved any by there being no life jackets on board, or on Alaska Airlines Boeing 737s either. You're just supposed to put your arms through two loops in your seat bottom flotation cushions and clasps your hands for dear life. How do you keep your hands clasped for dear life in a roiling, freezing Bering Sea, I want to know.

Good public citizen that I am, on arrival at Anchorage I approach the Department of Homeland Security booth to enlighten them of my concerns for the safety of civil aviation in general and the Dutch Harbor-Anchorage lap in particular. And the lady could hardly be less concerned. 'Ah, that's Penair's concern in Dutch Harbor, not ours,' quoths she. 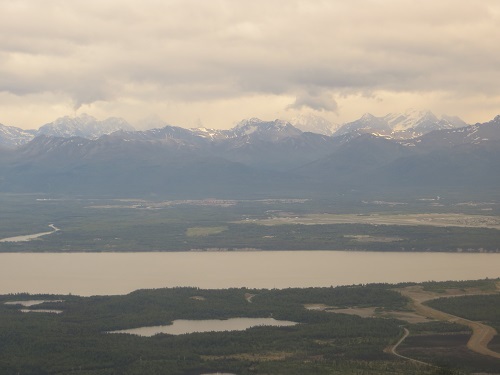 Anchorage from the air

'But Ma'am,' remonstrates I, 'I could have come on board with a bomb to blow us out of the air, grenades to lay waste to your runway, or a nice sharp snickeersnee to lop off the heads of all on board in honour of the Islamic State.'

[Upcoming blog on Sunday: On to Nome, home to the Iditarod, a major gold rush and Wyatt Earp] 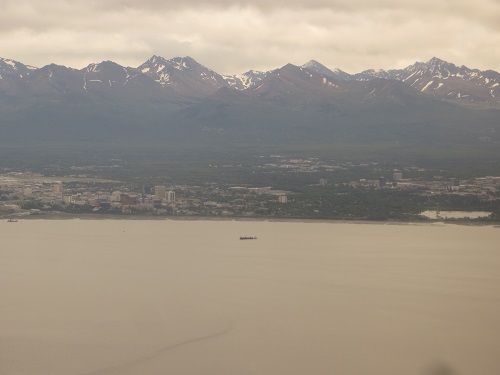 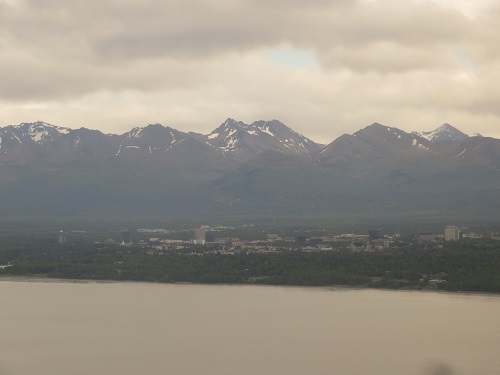